Our data base for tractor retail sales and field inventory is derived from AEM’s monthly Flash Reports.

Under 40 Horsepower Tractors – Retail sales of these smallest tractors continue to remain below our original forecast for both the month and year to date. 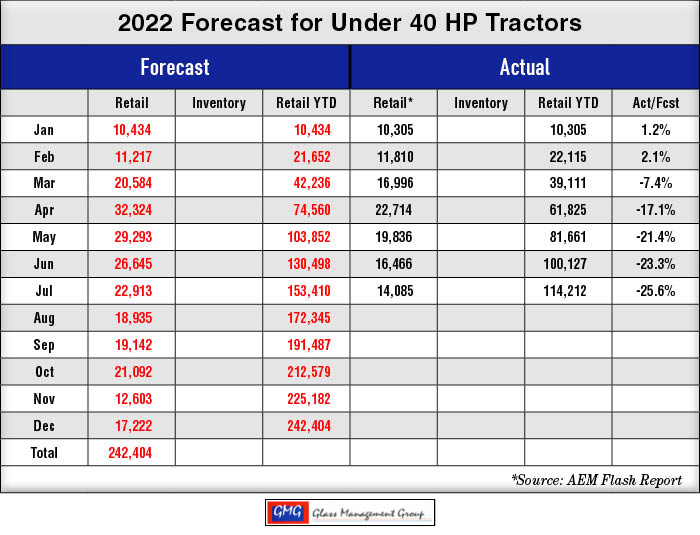 40-99 Horsepower Tractors – Retail sales of the 40 to 60 HP tractors in this category remain weak and brought the entire category down.  Sales remain below our original forecast for both monthly and year to date totals. 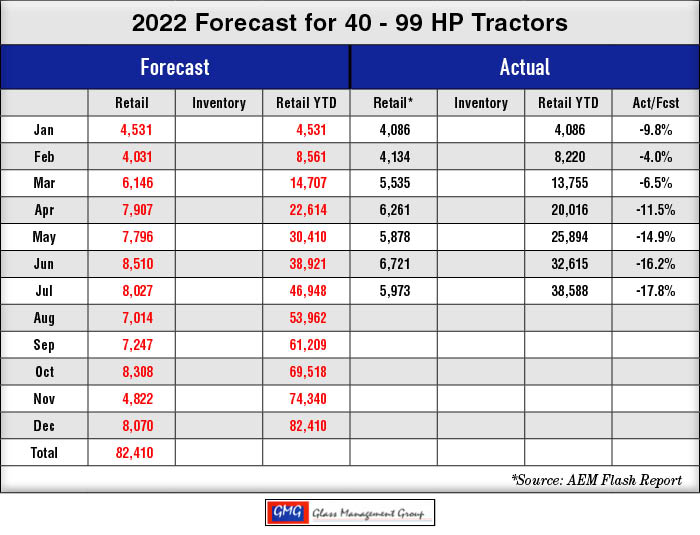 U.S. tractor  sales have been reduced by the growing price of the equipment and the declining price of the agricultural commodities that produce farmer’s spendable income.

Inflation in the U.S. general economy is now above 9% and that has caused many consumers to curtail much of their discretionary spending as they purchase the essentials for daily living. These increased costs in daily expenses are being felt by U.S. farmers’ households, also.

Just a few months ago individual saving accounts were showing a significant increase but the Federal Reserve Banks across the country have reported that those balances have begun to decline as consumers are withdrawing funds to make necessary purchases.

The prices on the U.S. commodity markets for nearby contracts have continued to decline during July as China and other large purchasers have slowed their buying activities.  Both corn and soybean prices have fallen from the June ending levels. The prices that farmers will receive for their old crop grains will continue to be profitable but the perceived loss of income from the reduced prices has caused some of these farmers to postpone equipment purchases.

The Purdue CME Ag Barometer reported in July that the 400 farmers that they survey each month had begun to regain some confidence in their current financial status and their future financial status of their operations.  When asked about their investment in new farm equipment, 44% of the respondents indicated that “increases in prices for farm machinery and new construction” caused them to defer investments until later.  14% of the respondents indicated that rising interest rates were their reason for postponing new investments in their operation.  Only 7% indicated that “tight machinery inventories at their local dealers” had prevented them from purchasing new equipment at this time.

U.S. livestock producers are struggling in a prolonged drought that has plagued the Southwestern and Western states and many Texas cattle producers are forced to sell off their herds that include bloodlines that these ranchers spent decades building.  In past dry periods they would simply move their cattle to other states that had ample grazing available and then return to their ranches after the drought had subsided.  This year there was no place to move the cattle to and dispersal of the herds became the only answer.

Our data base included sales data from 1969 to current dates and it became readily apparent that Net Farm Income was a principle driver of the following year’s agricultural equipment sales.  U.S. farmers are very conservative businesspeople and have been rather reluctant to generate large debt, even during the recent low interest rate periods.

The U.S. general economy has witnessed some contractions as the price for most consumer items have increased lately.  Credit card debt has escalated in recent weeks as consumers are being stretched by the growing inflation.  This will have a direct effect upon the <40 HP tractor markets and on the implements associated with those small tractors.  Most lifestyle farmers, those whose primary income source is from their city jobs, have seen inflation rising faster than their salary increases and that has caused many of these farmers to postpone equipment purchases.

Our forecasts are based on statistical data and trends that our various models have identified.  Our normal procedure is to generate the 2023 forecast after the release of the October sales data from AEM’s Flash Reports in November and we do not change that forecast after its public release. 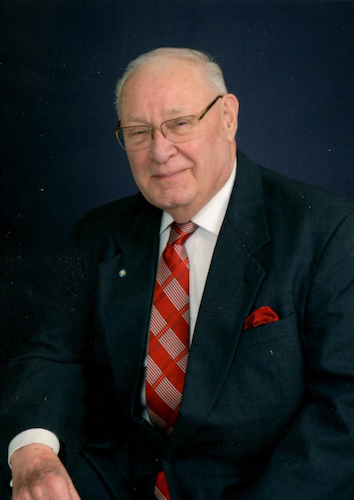 With more than 4 decades in the industry, Glass produces an annual tractor and combine forecast and provides technical assistance to various investment groups. A former director of FEMA, he is also a frequent presenter and author of several white papers on the future of farm equipment distribution. Glass is also a judge for Farm Equipment’s Dealership of the Year program.