Rural Lifestyle Dealer editors encounter a variety of articles, social media posts, podcasts and videos that offer a unique look at various aspects of the rural lifestyle market. Here is our favorite content from the past week:

Best of the Web This Week is brought to you by Ritchie.

Thomas Ritchie developed the concept of the automatic waterer valve in 1921 in Oskaloosa, Iowa. Since that time, Ritchie Industries has developed into the leader in watering innovation and now manufactures a complete line of livestock and horse waterers to the highest specifications in the industry. To find the automatic waterer that will suit your needs, visit RitchieFount.com.

Texas Massey Ferguson dealer PR Equipment has been making improvements throughout their dealership and the latest improvement came in the parts and service departments. Take a look at how they’ve got the departments set up now to help them better serve their customers.

IH Completed its First Production of the Cub Cadet Run 60 Years Ago, the 1st Major OEM to Build a Garden Tractor.

International decided to enter the garden tractor market in 1961 with the Cub Cadet. Unlike some of the riding tractors on the market, the International Cub Cadet (original) was styled like a real tractor and it was the first garden tractor built by a major tractor manufacturer. It was also sold and serviced by highly respected International dealerships. The 7-hp Cub Cadet was powered by a 16 ci single-cylinder air-cooled Kohler K161 engine and used the 3-speed transmission from the larger International Cub with V-belt drive from the engine to the transmission input shaft. Five International-branded attachments were available for the Cub Cadet: front blade, rotary mower, dump trailer, snow thrower, and spike tooth harrow. An optional 3-point hitch could mount a small plow, disk, rear blade, etc. Unlike International farm tractors, the Cub Cadet was painted a 2-tone yellow and white. It was an instant hit and 19,091[1] were built the first year. 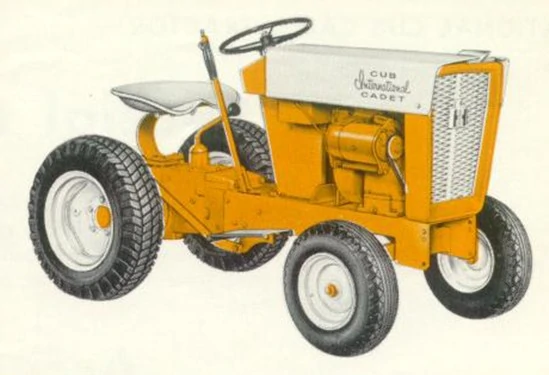 With fall upon us, Tractor Mike responded to a view email with some safety tips for a successful hayride. He says, “I don't want to kill the joy, but tractor hayrides are a bad idea. They're a lot of fun for kids, but they're inherently dangerous. I don't recommend doing them, but if you gotta, here are six things that you need to think about before getting people on straw bales on your trailer.”

"Honestly, your home is a sanctuary. It’s important to keep your power up and everything running," Marshall Lewis, Generac, told Milwaukee’s Fox6. "We take power for granted. It’s not just in the eye of a hurricane it’s going to be going out. It’s also due to aging power grids."

Years ago, one of the things that caused insomnia was an issue of “parts shrinkage.” This is not the problem of a 10-year-old fuel cap that gets smaller and will no longer fit. This is inventory, that is on paper, is supposed to be on the shelf — and it ain't. The reasons for inventory shrinkage are listed as:

We propose in the farm implement business that theft (#1) is not an issue. Few young gang members conspire, it seems, to distract the parts salespersons and slip a few fan belts down their drawers and make a clean get-a-way. Has anyone ever been approached on the street by a person who flashes open a jacket exposing an array of V-belts, looks nervously around, and asks, "Hey man, want to buy a fan belt for a 6000 Ford Commander?" No, rather, it is a counting problem. 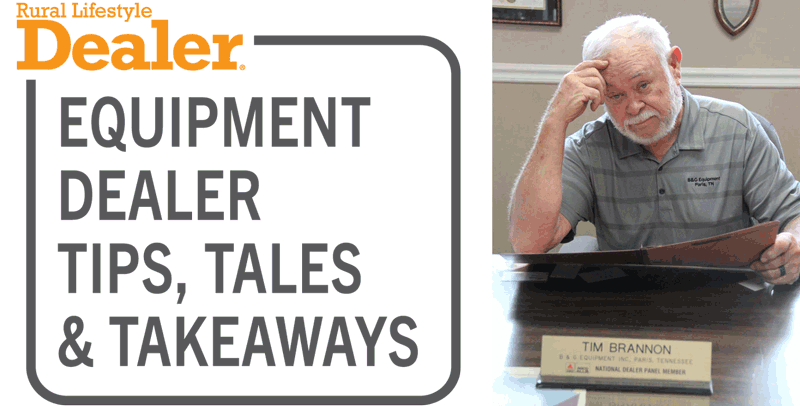 Is there something you want to share in "This Week"? Send us an email.

More from this series