Dealership background: Vahrenberg Implement is celebrating its 59th year in business serving west central Missouri. Doug Vahrenberg's grandfather began the operation in 1952 as an Oliver dealership. It is now an AGCO and Massey Ferguson dealer serving both professional producers and the rural lifestyle market.

The dealership is located about 50 miles from the Kansas City, Mo., metro area. Rural lifestylers account for about half of the units sold.

Besides being a successful dealer, Vahrenberg is also a professional fisherman. An angler friend told him about the social media tool Facebook several years ago. 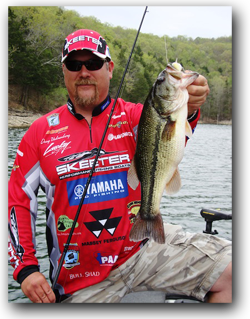 "The outdoor community has gone crazy on Facebook. That industry is very similar to rural lifestylers — outdoorsmen with small acreages. Those are the same people who are looking for tractor and farm equipment."

In 2009, he set up a group for his dealership on Facebook. Facebook defines a group as "a closed space for small groups of people to communicate about shared interests." Vahrenberg says it was quick and easy to set up. It took him only a couple of hours and he pasted in a lot of the information from his web site.

A year later, he switched to a Facebook "page," which is similar to what you would set up for personal use. Vahrenberg says this new format allows him to communicate better with his customers. He also gained functionality, such as friend recommendations, the ability to have his news posts show up in his follower's news feeds and more.

Vahrenberg says his goals for social media were sales, of course, but also to build his brand image.

"I hoped it would be a way to share time-critical information with existing customers. Then I hoped they would share this information and I could grow new customers," he says. "We also like to promote that we are a smaller, family-owned dealership that cares about every customer that comes through the door, no matter if they're buying a compact tractor or a 290 hp tractor."

Along the way, he has positioned his dealership as an expert and a resource for rural lifestylers.

"For a lot of rural lifestylers I talk with, it might be the first time they are buying a tractor. They know what they want to do, but don't know the difference between PTO and engine horsepower or don't know what size brush cutter they need," Vahrenberg says. 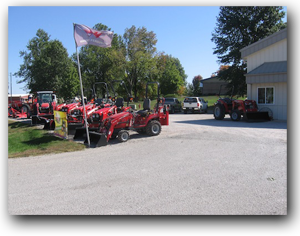 Social media's reach is not limited geographically, so he sometimes receives comments and questions from customers outside his sales territory. Vahrenberg still takes the time to answer questions, but refers the sale on to another dealership.

"If Massey sells one more piece of equipment, the brand grows and AGCO has more revenue to invest in new products I can sell," he says.

Vahrenberg develops his Facebook content based on two main strategies: sharing information and conveying the message that he has a bustling dealership.

"Especially in the last few years, the condition of the economy has people scared. If I can show that others are buying that becomes a positive influence. It's kind of like rotating machinery on the front lot," he says.

He spends about 30 minutes each day on Facebook, posting content, checking discussions, and seeing what other brands and dealership are posting. He tries to post two to three items each weekday and one a day over the weekend.

What does he post? Recent sales, service tips, fun ag facts, reminders about Saturday hours, links back to AGCO specials and new products — and lots and lots of photos. He's found success with posting photos of compact tractors with various attachments, such as a small square baler, to show customers all the jobs they can do.

He relies on his corporate brands for a lot of information, and often links to their YouTube videos, such as this one:

Vahrenberg also works toward generating discussion, such as by posting questions or developing polls using Facebook tools. And, he doesn't shy away from negative comments posted by customers.

"The best thing to do is stop and pause. Don't jump in with emotions. Then, take the proactive approach — 'Let's make this right...,'" he says.

Vahrenberg also ties in his other advertising strategies. For instance, he's been sponsoring a weekly trivia contest on a local radio station since 2006. After the contest closes, he posts the question and answer on Facebook. 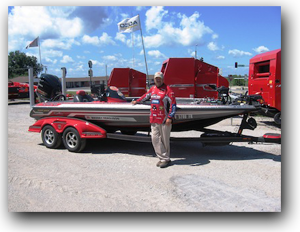 Vahrenberg has at least one coveted metric: a compact tractor sale linked directly to Facebook. For other measurements, he uses Facebook's administration tools, including the number of people who "like" the dealership's page, reader comments, and the number of impressions for a photo. This helps him have a better idea what people are interested in and what time of day gets the most views.

He also has good cross-promotion with his fishing, where he proudly displays the Massey Ferguson logo on his gear.

"It's amazing how many people I talk to about Massey Ferguson when I'm fishing."

Vahrenberg also says he has been able to build better relationships with his customers by learning about them on their personal Facebook pages. 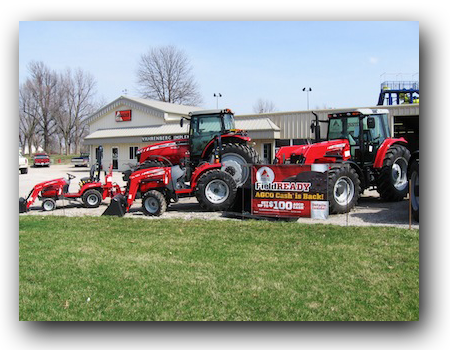 Vahrenberg says his own YouTube channel is the next step in his social media program. He recently bought a pocket video camera to get started. He'll post links to the videos from Facebook.

He has looked at Twitter from the personal side, but prefers Facebook's interaction.

Vahrenberg wants to continue building his community and encouraging discussion through Facebook. He encourages other dealers to do the same.

"I think the more dealers can do to educate customers and get them excited about making the right purchase decision, the better it's going to be for all brands. Your investment is your own time. Surely you have 15 minutes a day to promote your dealership," Vahrenberg says.

Did you miss the first part of this Marketing Strategy series? Visit these E-Brief issues to read Part 1 (What Social Media Is, Isn't — and Is It Right For Your Dealership?) and 2 (Launching Your Social Media Program: 10 Must-Do Steps).