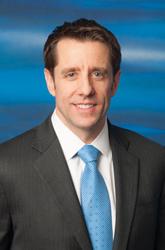 MINNEAPOLIS — Polaris Industries (NYSE: PII) recently announced that Michael Speetzen has been appointed executive vice president of finance and chief financial officer (CFO), effective Aug. 3, replacing the retiring Mike Malone. Speetzen has been CFO of Xylem since 2011, leading the finance organization of a company that does business in over 150 countries and generated 2014 revenue of over $3.9 billion. Mike Speetzen Polaris

“Mike Speetzen has just about done it all in his 20+ years as a finance professional and business leader. He has taken a spinoff company public, championed billions of dollars’ worth of M&A activity, mastered the intricacies of transacting international business, developed tremendous capital market and treasury insight, and generated significant stakeholder value for both public and private corporations,” said Scott Wine, Polaris chairman and CEO. “Mike’s combination of world-class financial planning and analysis, strategic acumen and strong leadership will play a huge role in Polaris’ continued growth, and his proven commitment to improving the bottom line will ensure that we meet our strategic objective of profitable growth.

Wine continued, “We are extremely grateful for the extraordinary career and significant contributions of Mike Malone, who has announced his intention to retire after over 30 years with Polaris, and are confident that Speetzen will hit the ground running thanks to the strong team and robust financial systems and processes developed, implemented and refined during the Malone era.”

Prior to Speetzen’s role as CFO at Xylem Inc., a publicly-traded spinoff of ITT Corp.’s water services businesses, he served as CFO of ITT Fluid and Motion Controls. From 2007 to 2009 Speetzen was CFO of StandardAero, a privately-owned aerospace company. Mike spent 12 years in positions of increasing responsibility with Honeywell International, formerly AlliedSignal.