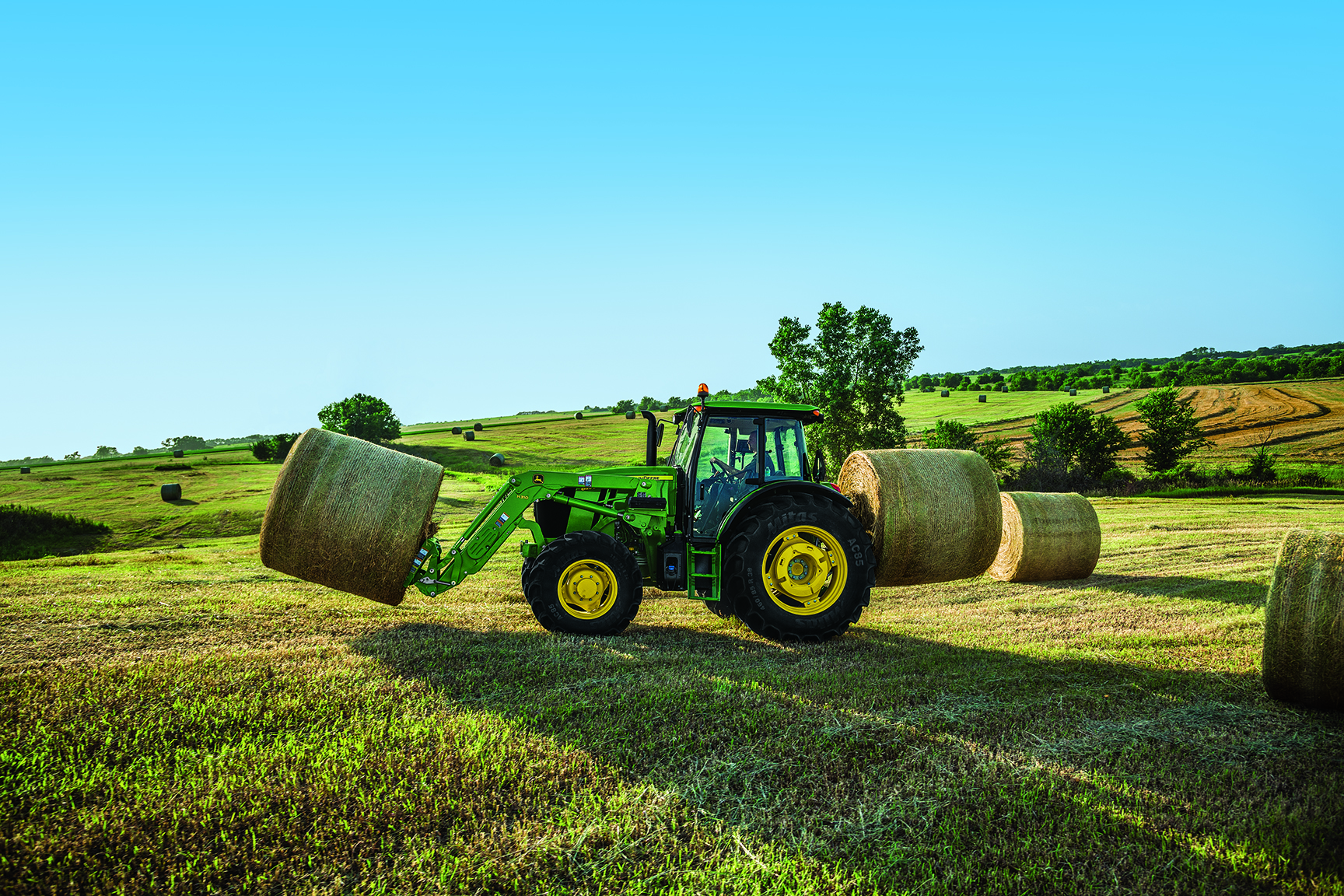 New design on the 6E Series initially began with upgrading the pre-existing 6D line. "We took a solid, simple workhorse in the 6D and made it even better with upgrades, like easier operating functions," says Kory Ross, product marketing manager for John Deere. "We improved it and added so much value that we felt it earned a whole new name – the 6E Series."

The 6E Series tractors offer essentials in an economical package, including comfort and visibility for the operator, more transmission options that deliver smooth and consistent operation, and new stackable SCVs. The three 6E Series tractors range from 105, 120 and 135 horsepower, helping to get work done quickly and efficiently.

In addition, an optional air seat with a new 15-degree swivel adds comfort and improved rear visibility. Tractors in the 6E Series are suited for handling jobs around beef or dairy farms and commercial or governmental jobs, such as roadside mowing or snow removal.

"The 6E Series improves producers' cost of operation by saving money on fluid costs and maintenance, thanks in part to the PowerTech engine's reduced fluid consumption," adds Ross. "The 6E Series saves fluid by handling regeneration automatically while working, which when combined with reduced fluid consumption can add up to $2,000 per year of savings when matched to comparable models on the market."

In addition to the improved transmission options, the 6Es include many other features, including simplified operating functions. For example, producers can engage the new Electrohydraulic MFWD switch in just two seconds now that the control has been moved onto the right-hand console. A bright new LCD instrument cluster design ensures easier viewing in daylight, dusk or darkness while a new sunshade reduces heat and glare from the sun for improved operator comfort.

Convenient attachment features add even more value to the 6E Series. With a 5-minute mount time, the H Series loaders fit the 6E models, reducing installation time so operators can get to the job more quickly.

The 6E models will be available in November.