KARACHI, Pakistan — Millat Tractors Limited (MTL) of Pakistan has entered into an agreement with AGCO to export Pakistan-made Massey Fergusons tractors in the 50-85 horsepower range to AGCO customers in Africa, Middle East, China and Afghanistan, according to an article in the Daily Times of Pakistan. The tractors will be marketed under the MTL brand. 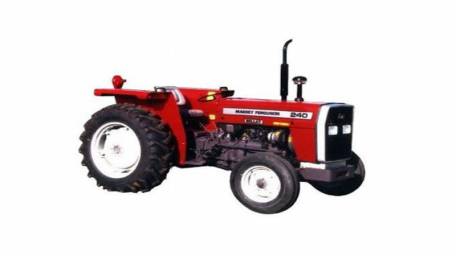 MTL issued this statement, “This will open a window of opportunity for MTL to not only export completely built unit (CBU) tractors but also export sub-assemblies and components as well as spare parts.”

The story provides this background about the arrangement: “MTL was pursuing the matter for a long time as a delegation of AGCO visited Millat Group companies two years ago when the team looked into various areas to expand business with MTL and the possibility of export of tractors and spares from MTL was assessed.

According to the story, the company sells 28,000 tractors with a maximum ability to produce 45,000 units, resulting in a spare capacity of 17,000 tractors. The contract would enable the company to efficiently utilize its idle capacity.