What’s Your Guess on the Cost of Thanksgiving Dinner?

The meal centerpiece, a 16-pound turkey, is still a bargain this year at $1.44 per pound, even though it’s up 9 cents from last year. The increase is largely contributed to the decline in turkey production because of the Avian influenza outbreak in the Midwest.

The average cost of the dinner has remained around $49 since 2011. This year’s survey totaled over $50 for the first time. 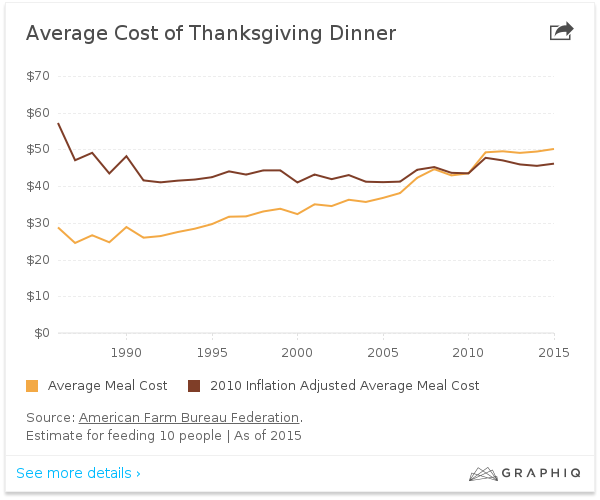 [Podcast] Q&A with Cleo Franklin on Retirement, the State of the Industry & What’s Ahead

In What Areas Have Your Suppliers Passed On More Costs to You?