Here's an excerpt from the comprehensive memo in which outgoing U.S. Department of Agriculture Secretary Tom Vilsack highlights the department's accomplishments during his 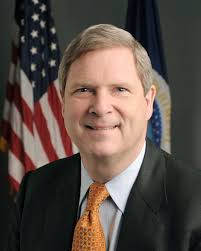 For more than 150 years, the U.S. Department of Agriculture (USDA) has served the people and places of our country that are hard to reach, off the beaten track, or otherwise underserved. Rural America provides our nation’s food and enough for record agricultural exports, as well as the majority of our energy resources, the fiber for goods and manufacturing, and more than 35% of our nation’s military members. We recognize their strategic importance to our national and economic security, as well as the values they give to our national identity.

At USDA, we have spent the past 8 years working to support these communities and create opportunity in rural America. Today, the United States is experiencing record agricultural productivity and exports, ensuring Americans are more food secure and spend a smaller portion of their paychecks at the grocery store than most developed nations.

I have made it my priority to ensure USDA embraces all forms of production and producers of all sizes — from organics to conventional, from the smallest to the largest farms and ranches across the nation. Our support has empowered an explosion in the local food movement and significant growth in farmers markets and direct sales by farmers to schools, hospitals and other institutions. We have also focused on expanding access to healthier food, implementing the most significant updates to school meals in decades for our nation’s youth, making changes to our programs that ensure mothers and newborns have access to more nutritious food, and helping to reduce child hunger to the lowest level on record.

At the end of 2008, rural areas were reeling from the Great Recession. At the depths of the recession, rural counties were shedding 200,000 jobs per year, rural unemployment stood at nearly 10%, and poverty rates reached heights unseen in decades. Many rural communities were ill-positioned to bounce back quickly, since widespread job loss came as the economy was increasingly focused on technology, advanced manufacturing, and services.

Over the course of this Administration, USDA made targeted investments to help rural areas grow, and also transformed itself into a 21st century service provider that delivers programs and services to all Americans. At the same time, the Administration formed, and I was pleased to Chair, the first White House Rural Council to better coordinate federal investments in rural areas, in partnership with local, state, and private sector partners. USDA executed an aggressive strategy to bolster and complement production agriculture by removing obstacles to U.S. trade and increasing exports, maintaining record exports for eight years straight. We strengthened the emerging bio-economy by supporting renewable energy and manufacturing of biobased products.

Alongside a record number of producers, we invested in conservation and elevated eco-markets. We made significant investments in affordable rural housing, energy efficiency and availability, community facilities, clean and reliable drinking water and wastewater systems, and internet access, coupled with historic levels of loans and grants for rural businesses. And we made it a priority to build a new era for civil rights at USDA, charting a stronger path for the future where all Americans are treated with dignity and respect.

As we’ve invested in rural America, we have seen improvements in the economy. Median household income in rural areas of the U.S. increased by 3.4% in 2015 and poverty rates have fallen. Rural populations have stabilized and are beginning to grow. Rural counties added over 250,000 jobs in both 2014 and 2015, and the rural unemployment rate has dropped below 6 % for the first time since 2007. Hunger is down in rural and urban areas alike, as about 8 million fewer people are struggling to provide adequate food for themselves or their families compared to the height of the recession, and child food insecurity is at an all-time low.

Under this Administration, USDA has created and invested in a strategy for rural America, and thanks to those efforts, the future of our rural communities looks bright today. But there is more work to be done to ensure that USDA’s targeted investments continue to help the rural economy retool itself for the 21st century.