In 2017, 75% of U.S. farms had internet access, up from 70% in 2012. Rates are higher in Western and Northern states, according to the U.S. Department of Agriculture's 2017 Census. See the coverage in the map below. Consider internet access statistics as you develop your digital marketing plans.

There is legislation being considered to extend rural America's access to broadband internet. H.R. 2661, the Rural Broadband Act of 2019, was introduced in May 2019 and is currently referred to the  House Subcommittee on Commodity Exchanges, Energy and Credit by the Committee on Agriculture. Go to this site to sign up for alerts regarding the bill's progress. 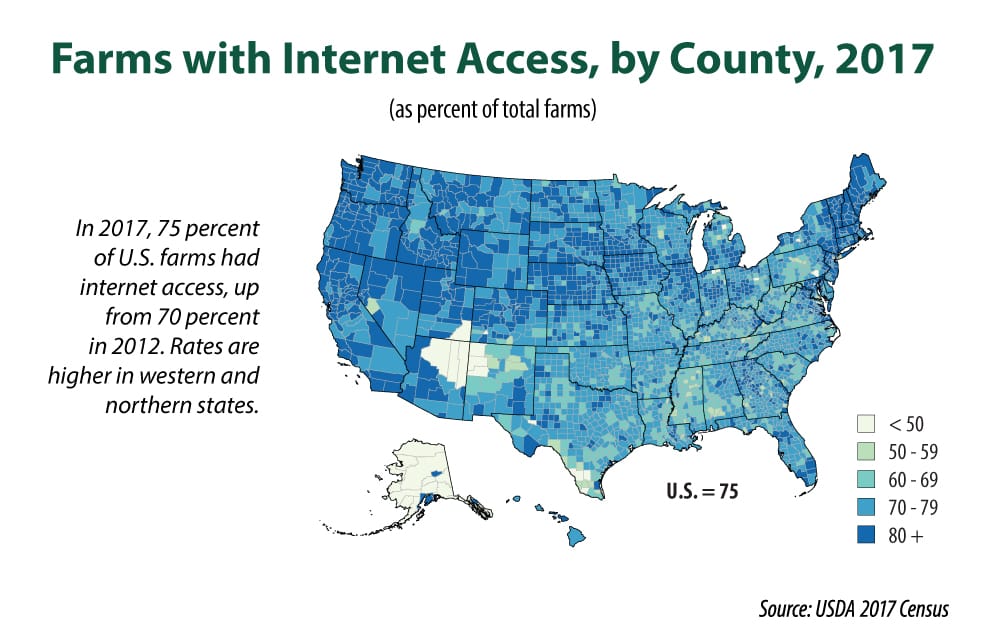 Small Family Farms Account for 87% of All U.S. Farms

Small Family Farms Operate Nearly Half of all U.S. Farmland