Effective October 1, Walker President Bob Walker transitioned to the the role of chairman of the board, and third-generation family member Ryan Walker has been named president. Ryan assumes this position after working 10 years at Walker in sales, marketing and business development.

Bob will remain active in day-to-day operations, including ongoing mentoring to next generation leadership. “My plan is to follow my dad’s (Max) lead and work as long as I am able,” explains Bob. “My dad gracefully transitioned leadership of the company to my brother Dean and me, while still giving us guidance and working alongside us as long as he was physically able.” 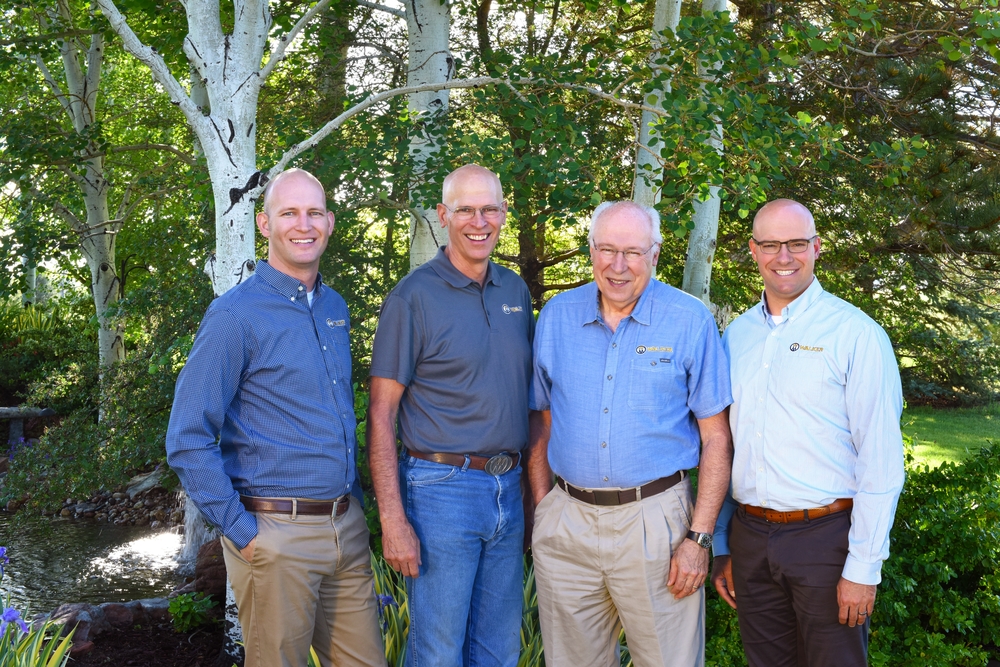 Pictured from left to right are Ted, Dean, Bob and Ryan Walker.

Ryan Walker is the second son of Dean and Suzanne Walker. He learned about business early in life while growing up 100 yards from the Walker factory in a family of four boys. In doing so, he developed an appreciation for loving people by the examples of his parents, grandparents and aunts and uncles.

Ryan earned a business degree from Olivet Nazarene University in 2006.  He also earned his aircraft airframe and powerplant certificate and commercial pilot’s license in 2008, and he and his wife, Emily, spent three years in Christian missions in Alaska.

Since returning to the company, Ryan has shown great leadership, including directing the implementation of a new manufacturing software system in 2013 and overseeing a variety of facility improvements.

Ted’s passion for the work of designing, manufacturing and selling power equipment also originated by growing up in the family business. After graduating from Olivet Nazarene University with a mechanical engineering degree in 2004, he worked for a small helicopter manufacturer in Caldwell, Idaho, for 6 years before returning to Fort Collins. Since coming to Walker, he has been instrumental in engineering development, including oversight of many recent design projects. Ted is also a pilot.

“The commitment Ted and I have made to Bob and Dean and our entire family is to continue to operate Walker Mfg. with the core principles we have been taught and seen work well for our grandparents and parents,” explains Ryan, “We are steadfast in our covenant to our family to manage this business in a way that will allow us to hand off an even better Walker Manufacturing to the fourth generation of Walker family.”

Learn actionable sales strategies from the most influential “Dealership Minds” in the industry — of every color, size and experiences — during this one-of-a-kind event August 4-5 in Omaha, NE. You’ll discover leading dealer-to-dealer sales strategies during this 2-day networking and idea sharing event. Click here for information. Register today!