The event kicked off Monday evening, August 27 with a catered cookout on the grounds of Zetor's North American headquarters. The informal gathering gave dealers the opportunity to interact with Zetor employees as well as fellow dealers in a cordial and relaxed setting. 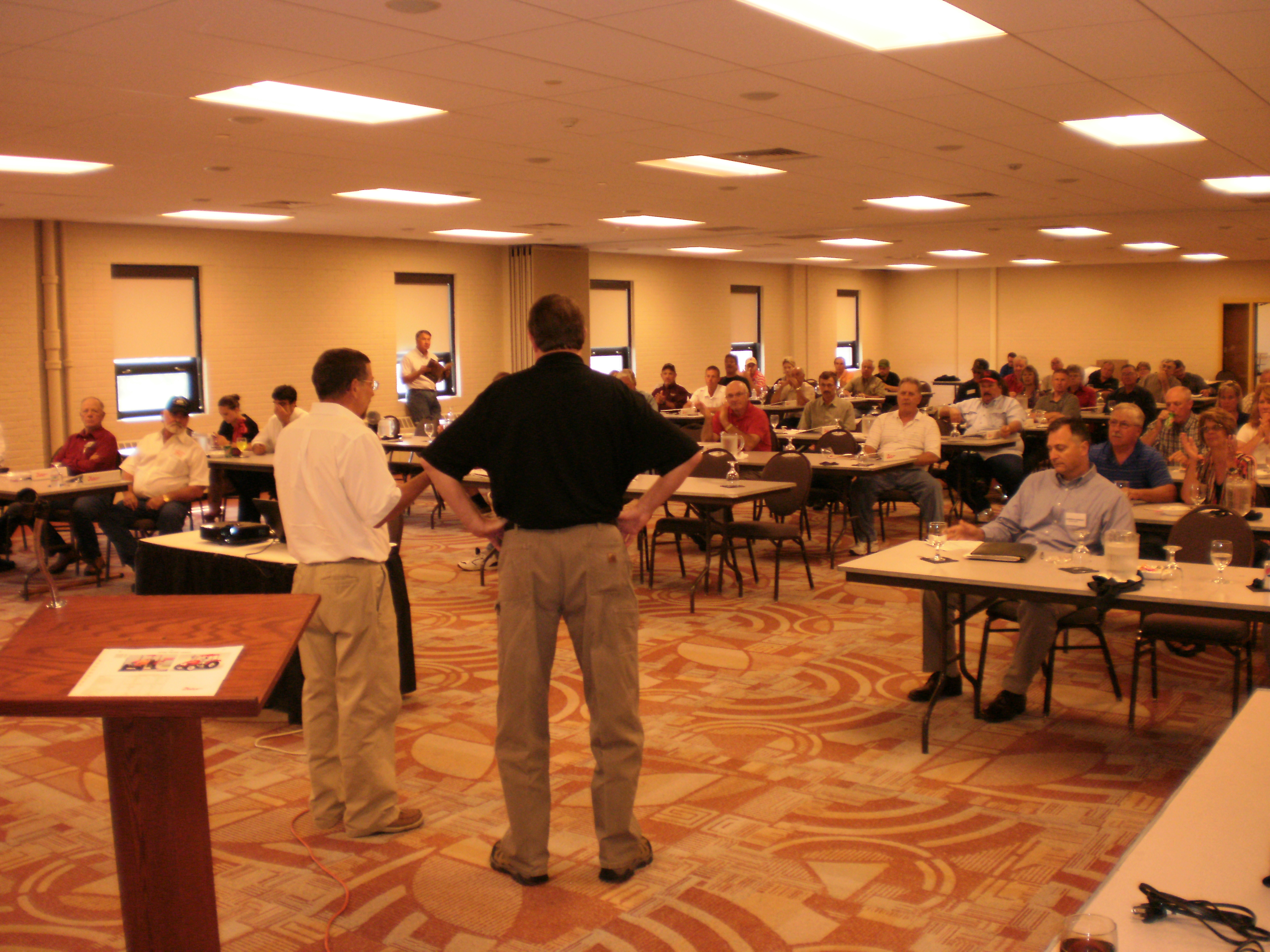 The meeting continued on Tuesday morning, August 28 at the nearby Harrisburg Farm Show Center. Updates on current sales and technical programs were followed by a briefing on the newly released Forterra HSX 100- 140 hp tractors, powered by five of the most fuel-efficient tractor engines on earth. Other features of the Forterra HSX include a heavy-duty cast iron chassis, new 30F/30R transmission with 3-speed power shift and power shuttle, a roomy and comfortable cab, and the advanced Bosch HitchTronic system for automatic tillage depth control.

In addition, dealers were treated to a preview of the all-new Major line of 50-70 horsepower tractors. Priced to compete favorably with other tractors in its class, the Major line is due to launch in January 2013.

Following lunch, a dealer roundtable discussion provided an open forum for topics ranging from successful sales and merchandising programs to other dealer opportunities. Then, attendees were given the opportunity to test-drive the new line of Zetor tractors and take advantage of special dealer meeting discounts.

"All in all, we received very favorable feedback from our dealers, both in terms of the meeting itself as well as our new product offerings," noted Gary Bogart, general manager of Zetor North America. "This is an exciting time at Zetor North America, and we look forward to growing our presence in the U.S. and Canada with some of the finest tractors in the world backed by our outstanding dealer network."