Executive Coach Monte Wyatt describes a bad employee meeting this way: “When people just meet and never decide anything. Or, every time we meet, we listen to people complain.”

Wyatt says productive meetings share this: a regular schedule and a reason for meeting.

Wyatt says company leaders should think in terms of a “huddle” instead of meeting. People coming together for a limited time with a purpose. The purpose depends on the frequency of the meeting. For instance, weekly huddles might look at short-term challenges. Annual huddles might set budgets and long-term growth goals. 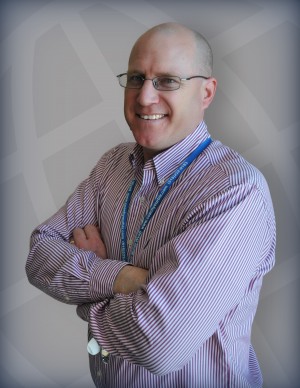 “Some of my clients do a 15 minute huddle every day,” Wyatt says.

2. Set a agenda and a time limit. Share successes first.

The meeting’s purpose is defined by the agenda, which should follow a regular format. Wyatt says the agenda must be sent out before the meeting.

“We should pay employees to think. I want people to come prepared with ideas to share,” Wyatt says.

Company leaders can set a positive tone by starting the meeting with sharing successes. It’s also a way to get everyone involved. Encourage people to share successes they see from co-workers.

“A success may just be that you got through and talked to a client. In any business, success is a compilation of many little things,” he says.

This early portion of the meeting and every agenda item should have a time limit. What’s more, Wyatt says there needs to be a timekeeper.

“The timekeeper should be someone who is task-oriented, who can act as a traffic cop…‘We’re spending 10 minutes on this topic and Bill is the leader,’ ” Wyatt says.

The agenda and timekeeper keep the meeting focused. It also conveys to employees that their time is valuable, says Wyatt.

Side discussions, mobile phones, inattention and other distractions derail a meeting’s productivity. Wyatt says the meeting leader should lay down the rules ahead of the meeting about participants staying focused. Remind them about the meeting’s time limit to relieve concerns that the meeting will last too long and affect work deadlines.

What about the person who just can’t stop checking messages on their phone or making comments to the person sitting next to them?

“Address their actions one-one-one with them after the meeting. Tell them: ‘I need you to abide by rules. Can I get your agreement that you’ll follow the rules?’ ” Wyatt says.

Meeting leaders should make sure everyone follows the no-distraction rule, whether it’s an in-person meeting or a meeting by telephone or video conferencing.

In addition to a timekeeper, every meeting should have a person assigned to document follow-up actions and who is taking the lead on those actions.

“Every meeting needs someone to keep the group focused on making decisions and clarifying next steps. That person should document the follow-up items and assign dates to revisit the action. At the end of the meeting, summarize who is doing what by when,” says Wyatt.

He says this attitude toward responsibility and action can lead to a larger change in the organization.

“When people are included and they know where the company is headed, they see the company is making progress and they’re more excited about being a part of it,” Wyatt says.

Don’t lose the momentum that you’re building from regular, action-based meetings. Continue following your schedule, sending out agendas, and assigning responsibilities. However, be flexible if some meetings don’t accomplish what you had hoped. Summarize the action items and re-group at the next meeting.

Wyatt suggests one meeting format that can work regardless of meeting length:

What about the meetings where complaints do need to be aired? Wyatt says that complaints can be discussed, but only when they are accompanied by suggestions for fixing the issue.

“If we come and complain and not find solutions, then what was the point?” he says.

One other tip for productive meetings for dealership owners: Consider appointing someone else to lead the meeting.

Wyatt says the benefits include:

“Give it a try. Once you ‘let go’ it will free you up and create greater team involvement,” says Wyatt.

Skip the High Five: Don't Celebrate a Sale in Front of the Customer

Communicate: Let's Talk: How to Better Communicate with Your Employees