The European economy is trending down and European farm equipment manufacturers see the U.S. as the best opportunity for exports, according to experts who presented findings at EIMA International. This exhibition of agriculture equipment is hosted biennially by FederUnacoma in Bologna, Italy. FederUnacoma is the Italian Agricultural Machinery Manufacturers Federation.

The European Agricultural Machinery Industry Assn. (CEMA) and Agrievolution Alliance, a global organization of agriculture equipment manufacturing associations, presented the findings at their first joint news conference. The data was based on the Agritech Business Barometer, a survey of 220 participants from China, Western Europe, Japan, South Korea, Turkey and the U.S. 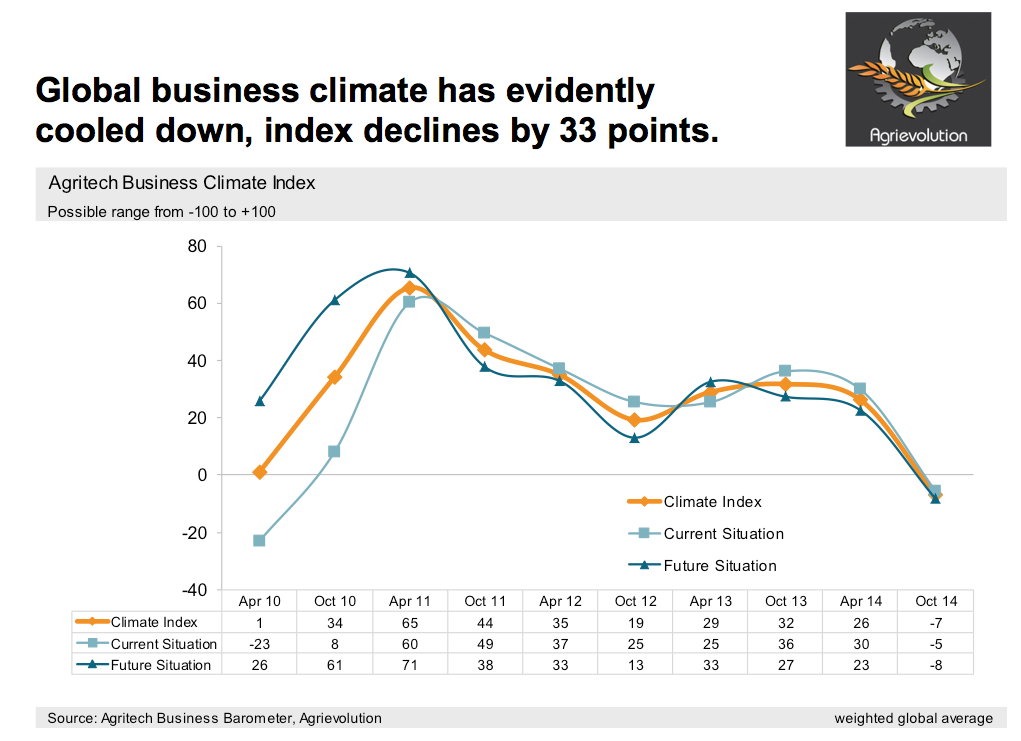 Since spring 2010, the global business climate index has declined 33 points, according to the barometer. The Agrievolution’s economic committee’s analysis offers further explanation: “Within the past 6 month, the business climate of the global agricultural machinery industry has switched clearly and shows a trend toward recession in many regions now. Mostly pronounced is this trend in Europe and Japan, where a major part of the manufacturers queried (54% and 42% respectively) are dissatisfied with their business situation.” Long-term contributing factors include the lack of financing for the industry, distributors and end customers and lack of government support. Short-term contributing factors include the embargo on food products into Russia and the recent poor harvest in France. 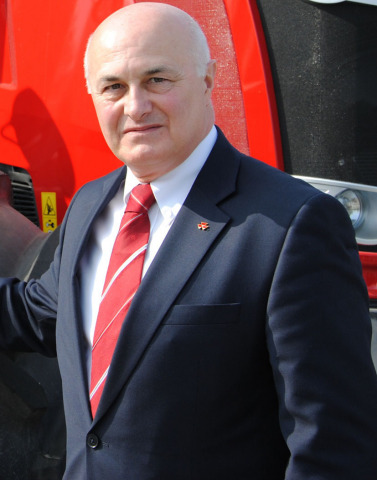 Richard Markwell is president of CEMA (the European Agricultural Machinery Assn.) and vice president and managing director for Massey Ferguson in Europe, Africa and the Middle East.

Richard Markwell, president of CEMA (the European Agricultural Machinery Assn.) and vice president and managing director for Massey Ferguson in Europe, Africa and the Middle East, cites other challenges related to the dealer/distribution channel. “Dealers and distributors need to support greater levels of technology, moving from a ‘black smith’ to a high technology mentality,” he says. “It’s incumbent on us as manufacturers to make diagnostic tools available.

“The average size of the dealer is growing. They have to invest in new technology and higher quality personnel and have to invest in after-sales support and service infrastructure in a way they have never had to before.”

FederUnacoma officials detailed the state of the Italian farm machinery segment, which trends with the rest of Europe. “The scenario taking shape on the Italian market has by now become a case of the systematic decline over more than 10 years,” says FederUnacoma President Massimo Goldoni. “As the registration volumes for the month of October stand, we can estimate tractor sales on the domestic market reaching no more than 18,700 units to fall to a record low for the post-war period of nearly 70 years ago.” 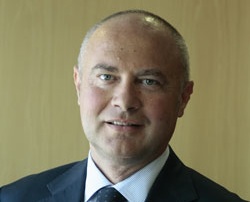 Massimo Goldoni is president of FederUnacoma.

Riccardo Monti is president of the Italian Trade Agency.

There is optimism, however, related to opportunities in the landscaping segment. Goldoni says. “Within this critical framework, a good performance can be reported for the garden and grounds keeping sector displaying a positive index with growth coming over the first 9 months of the year which came to 11.1% associated with the weather picture of mild temperatures and abundant rain.”

The U.S. is another source of opportunity for Italian manufacturers. Italy annually produces about $10 billion worth of agricultural machinery and the U.S. imported about $774 million in machinery and components in 2013. Italian ag machinery exports to the U.S. increased 23.6% for the first 8 months of this year compared with the same timeframe in 2013. “The considerable corresponding value means that this country has become Italy’s second export market,” says Goldoni.

Riccardo Monti, president of the Italian Trade Agency, says they plan to target exports even further, expanding beyond the East and West Costs into the states of Texas, Colorado, Tennessee and Georgia. Monti says their goal for global exports is to reach 6 billion euro in farm machinery exports within the next 5 years, up from the current 4 billion euro.