Doug Nord has been using Facebook since about 2007 and says he has always been interested in new technologies to reach customers. Nord is the owner of Nord Outdoor Power, a dealership in Bloomington, Ill., that carries Kubota, Stihl, Echo and Toro.

Recently, he has added new techniques to his marketing program — Facebook videos and Henry, his silver lab and dealership mascot — which have made his online and in-store presence more engaging.

“I’m always looking for the latest and most effective tools to reach our customers. When I learned about Facebook and other social media, I saw it as a way to get information to customers in a much more cost-effective way,” Nord says. “Video is a new tool because it’s so much easier to post video to Facebook from a smart phone than it was in the days of using a video recorder. We literally can do a quick video and post it immediately.”

For instance, Nord shot a video announcing new Core hedge trimmers that had just arrived in the store. He handed his smart phone over to one of his salespeople, set up a trimmer on the display boxes and recorded a 30-second video. He then added this message to the Facebook post: “We have a very limited number of Core hedge trimmers available at an incredible price. 40 volt — 5 year consumer warranty!” 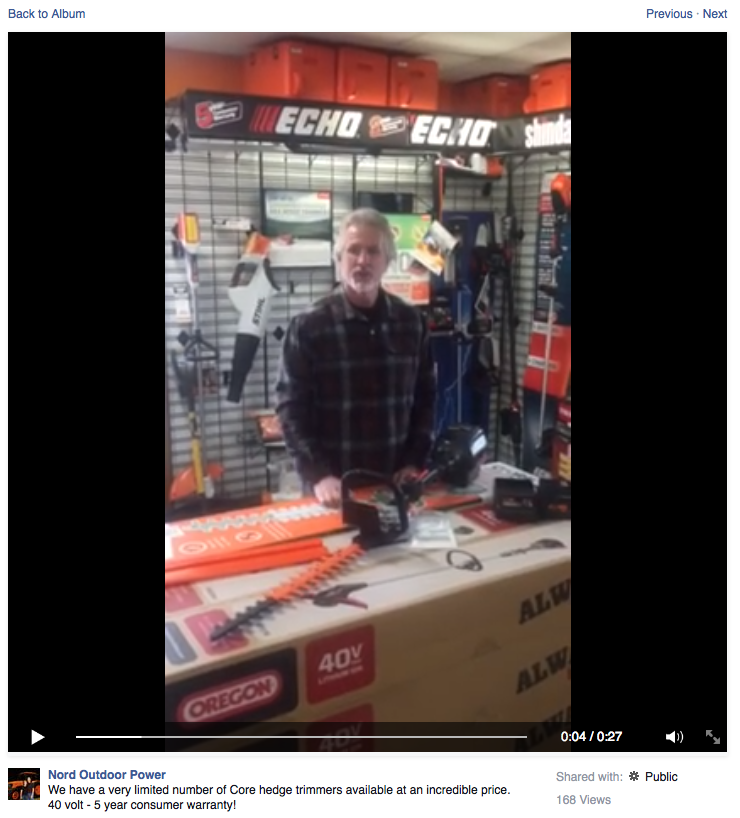 Another video late last year reminded customers about purchasing wood pellets before the cold weather sets in. When he and his wife, Deb, attended GIE+Expo last October, he asked her to record videos of him commenting on new products. He also shares videos, such as those posted from Hook and Hunt TV.com, a local online show that Nord sponsors.

Nord tries to keep the videos short, interesting and informative while remembering that he’s talking to a busy customer. “It’s a combination of talking to a customer plus a 30-45 second ‘elevator speech.’ I quickly tell them what they need to know so they can be on their way,” he says. “The toughest part is keeping it fun.”

Nord posts some videos directly to his Facebook page and others to his YouTube channel. He also has a Google+ page, where he links his YouTube videos. Google+ is a social networking service launched in 2011. Nord uses Google+ and YouTube to reach more customers and to help boost his rankings on search engines. He also uses another online tool called Hootsuite to schedule posts so that his Facebook page stays active, even when he’s away from the dealership.

Nord says he may not always receive “likes” on his Facebook posts or videos. However, customers do comment on them in person, such as when customers mentioned the reminder about the wood pellets. Sometimes, customers act based on a combination of marketing tactics, including dealership radio ads.

He says his goal this year is to make Facebook a more official component of his marketing plan. “The problem we face is time constraints. We want to have a goal this year to be more organized and not as reactionary,” Nord says. 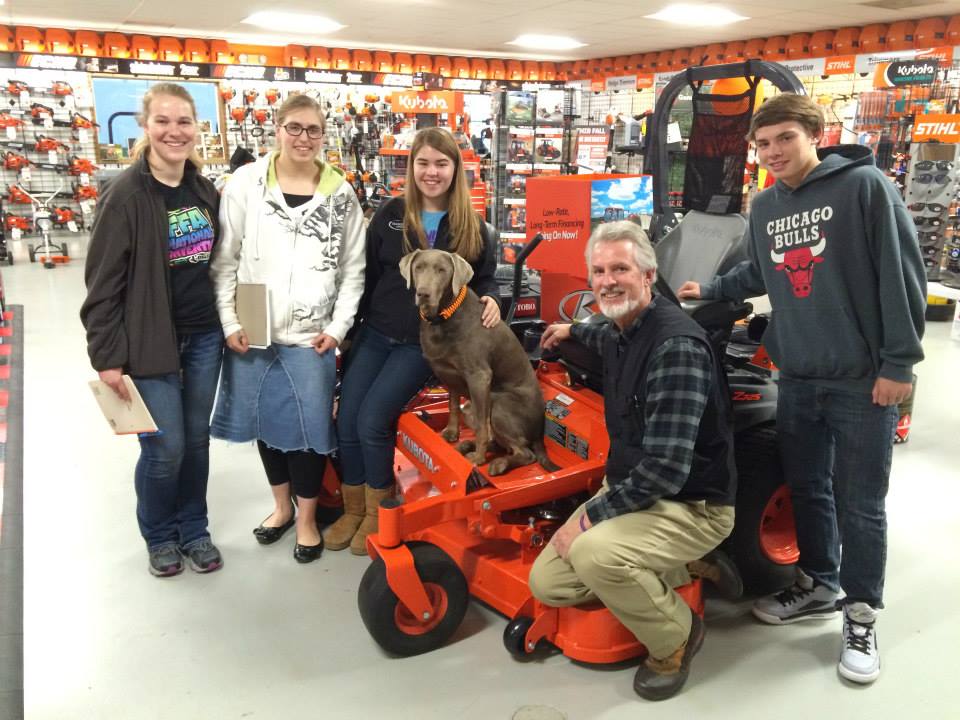 Nord has recently added another component to his marketing program, “Henry, the Friendly Lab,’’ his silver lab, who has now become his dealership’s mascot. Nord Outdoor Power’s general manager, Bert Kuse, raises labs and gave one to Nord a year ago for Christmas.

“Henry has been coming to the store every day since we received him at about 8 weeks old.  Today, he has the run of the store. He’s absolutely perfect for a showroom and not aggressive. He’s one in a million,” says Nord. He posts photos and videos of Henry on his Facebook page and customers enjoy having their photo taken with Henry. “People will call to see if Henry is here so they can bring their family by.”

Whether it’s Facebook posts, a dealership mascot or another technique, Nord says he tries to convey this message: “We’re trying to show that we are different than the competition and information is that key piece. Knowledge, service and commitment,” he says.

Dealership Reaches Out to Customers with Its Own Magazine

6 Tips for Creating Videos to Promote Your Dealership