Jacobsen recently announced its Professional Series, including 3 lines of zero-turn mowers and 6 models of utility vehicles, and dealers will see them up-close this week at the GIE-Expo in Louisville, Ky.

Jacobsen President David Withers gave Rural Lifestyle Dealer a preview into the strategy behind the product lines and what’s ahead for the company in terms of its dealer network.

“If you ask people about Jacobsen, they would have assumed we had a zero-turn offering even though in reality we didn’t offer one. We’ve always been in the utility vehicle space, but only on the upper end — vehicles that carried more than 2,000 pounds. As we looked at how to grow the business, continue to be relevant and serve our customers better, we knew we should have a zero-turn mower offering and expand our UTVs into the 800, 1,200 and 1,600-pound range,” says Withers.

Jacobsen acquired Dixie Chopper in early 2014, which has a full line of zero turns, and Withers says that acquisition provided the expertise for Jacobsen to develop its own line.

“The acquisition of Dixie Chopper allowed us access to the technology to move into zero turns and we combined that with what Jacobsen has been known for. So we have the quality of mowing from Jacobsen coupled with the underlying technology from Dixie Chopper. We now have speed, power and performance,” he says. 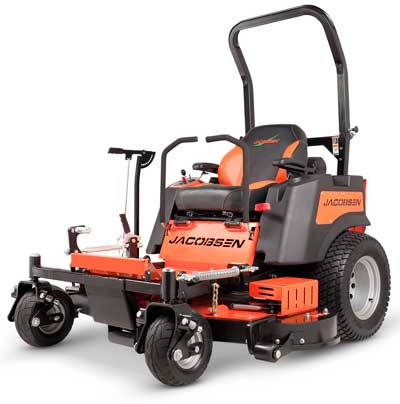 Withers says the same strategy applies to the new UTV. Jacobsen and E-Z-GO are both owned by Textron. He says they adapted the ergonomic features of the E-Z-GO into their UTV. “As we looked at what people want in a UTV, we learned they wanted the ruggedness to be able to do the job, but be very friendly to operate,” Withers says.

He says this expanded product line will appeal to its traditional golf and turf customer base who were loyal to the Jacobsen brand, but previously had to buy these products from other manufacturers.

“Those who are comfortable with Jacobsen today will be our first customers. We’ve been around since 1921 and have always been associated with the professional end of the turf market. Over the next 5-10 years, we’ll become more well-known and broaden our customer base,” Withers say.

However, those efforts won’t come at the expense of Dixie Chopper, as that brand focuses more on consumers, and Jacobsen will continue to focus on the golf and high-end turf market, such as municipalities and universities. 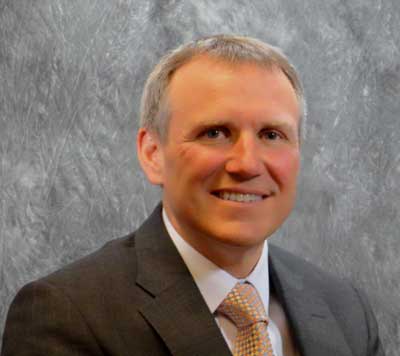 David Withers is president of Jacobsen.

Jacobsen products are currently sold through a network that includes 50 independent dealerships and 18 company-owned stores. Withers says the company has not set a specific goal regarding dealer growth, but is focusing on expanding in the region east of the line that stretches from Minneapolis to San Antonio.

“We’re making sure we have the right partners and building the relationship with them. We’re getting the brand rebuilt in the broader market with the right channel partners, dealers and distributors,” Withers says. “We would prefer to add independent dealers, but we will add a Jacobsen store if we feel like we have to. We don’t like to leave a market underserved.”