By Kim Schmidt posted on February 26, 2016 | Posted in Manufacturer News

Kubota Corp. reported earnings for the 9 months ended Dec. 31, 2015 with $11,024 billion in sales, up 9.2% from the same period in 2014. Due to a change in the fiscal year-end to December, 2015 figures were calculated by combining earnings from the April to December period.

In the domestic market, revenues increased 5% with sales of Farm and Industrial Machinery increasing due to higher sales of farm and construction equipment. Overseas revenues “rose significantly, mainly in North America,” the company reported. As a result, the ratio of overseas to consolidated revenues increased by 1.3% to 67.7% compared to the same period last year.

For 2016, Kubota is forecasting an increase of 3.6% to consolidated revenues year-over-year and expects the Farm and Industrial Machinery segment to remain at almost the same level as in 2015.  The manufacturer also forecasts that overseas revenues will increase in the coming year due to expansion in North America, Europe and Asia, outside Japan, in Farm and Industrial Machinery.

In its earnings report, Kubota said, “The company will develop its business activities by expanding its presence in the farm machinery market for production farming as the core of its growth strategy ... The key to building ‘Global Major Brand Kubota’ will be the Farm & Industrial Machinery business in North America.” The company continues, saying it will be increasing its product offering in farm equipment for production agriculture and in construction with its new skid steer loader and utility vehicles. 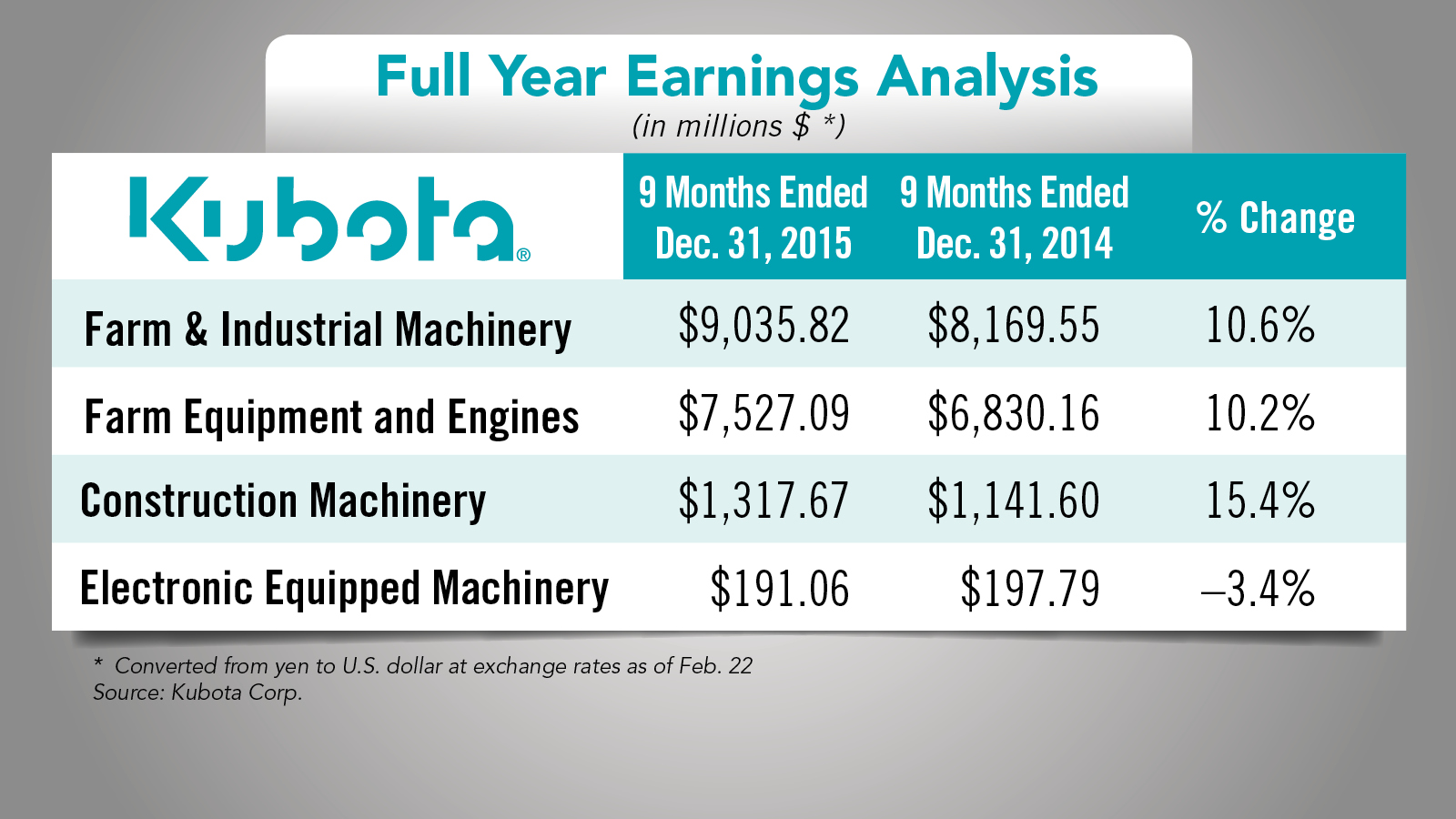 Kim Schmidt is the Executive Editor of  Rural Lifestyle Dealer and Farm Equipment and the host of Ag Equipment Intelligence’s On The Record. An award-winning writer, she worked 7 years in business-to-business trade media before joining Farm Equipment in 2012. She is a journalism graduate of Marquette University.