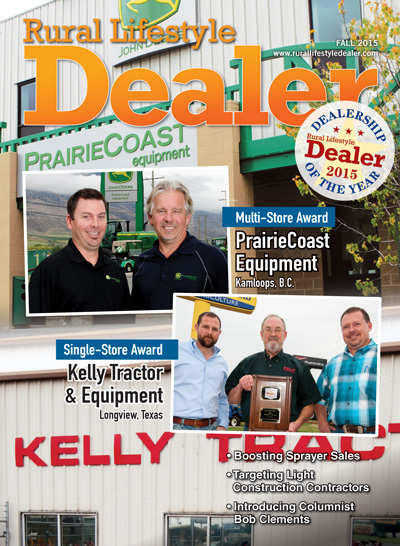 The award was given for the magazine's feature in its fall 2015 issue on the 2015 Dealerships of the Year. The story profiled PrairieCoast Equipment as the multi-store award recipient and Kelly Tractor & Equipment as the single-store award recipient. The feature included extensive coverage in the print issue as well as video interviews that are archived on the website.

The Dealership of the Year feature is also being considered for a national award. The national winners will be announced during the ASBPE's annual conference July 21-22 at The Poynter Institute in St. Petersburg, Fla.