Bjoern Fischer, president of Stihl, shares his thoughts on leadership and management in an interview for the The New York Times' "Workspace" column. Here is an 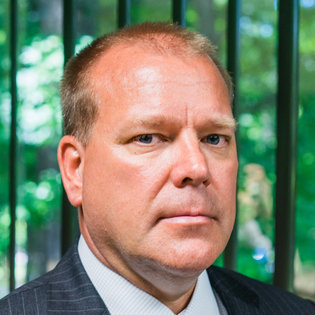 In January I took over from my predecessor, Fred Whyte, and moved into his office. Before that I was vice president for finance, I.T. and H.R. I didn’t want to invest a lot of money in making sweeping changes to the office, and I also wanted to send the message that we’ve been extremely successful so far and I wanted to continue on that path. I substituted some photos and added new chairs, some technology and personal items.

Open to the world

I’m South African. My grandfather was a missionary there and lived in the bush. Both he and my father were accepting of all people and cultures in a time when others were not. They both had the strength and character I hope to achieve. Often, as you grow up, you build a framework of how you think the world works, but as you travel, meet new people and experience new cultures, you realize there are other frames of reference and ways of doing things.

I’m a visual learner. I ask staff members to bring whatever they’re working on to meetings so we can all see the product or part. For example, we manufacture the pistons here that are used in our chain saws, blowers, hedge trimmers and other products. When we’re talking about a component or an assembly, I want to make sure we all have the same understanding, and it’s so much quicker if you have the object in front of you during the discussion.

I never eat lunch in my office. I try to catch up with staff at that time. Either I go to our canteen or go out with someone. Once a month I attend a luncheon for employees celebrating milestone anniversaries. My favorite part is when employees talk about their long history with Stihl. Recently three people celebrated 35 years.

I have an 80-inch TV screen connected to my computer, and dual monitors on my desk that display emails on one and my calendar on the other. I also use an iPad and tablet during the day. I’ll often transfer whatever I’m working on to the TV. During meetings in my office, I like to pull up calendars, spreadsheets and so forth on the screen so we can view the details together. I also have an Apple Watch tethered to my iPhone that notifies me about coming meetings.

When we were experimenting with 3-D printers, one of our engineers printed my name in 3-D to try to sell me on how they could be used at Stihl. I spent time with him understanding how they could help with metal production pieces we were sending out to be made. Now we use two printers to produce jigs and fittings.

I travel to Germany two or three times a year to our headquarters, and about once a month I visit some of our six Stihl branches and five independent distributors in the United States. They sell to more than 9,000 Stihl servicing dealers.

Message in a bottle

My predecessor could be a bit of a prankster. He left me a Japanese scroll and a note saying it was my business plan. I had no idea what the Japanese writing meant. He also left a box and suggested I open it in case I needed help with the plan. Inside was a bottle of sake.