Proven Power is now in its 20th year of offering winter storage and has been selling miscellaneous parts on eBay for several years. Learn their processes for successfully bringing in additional revenue.

Proven Power is now in its 20th year of offering winter storage for lawn and garden equipment, having developed processes over the years to make it efficient and profitable.

“We’ve refined it to the point that it is very systematic and nicely profitable. We’re far better off than 90% of our competitors in the middle winter,” says Bill Brooks, Proven Power President.

The John Deere dealership has two locations near Milwaukee, Wis., in Waukesha and Oconomowoc, and has seen its customer base change since opening in 1997. Production agriculture has decreased over the years and now accounts for only about 10% of its customers. Homeowners account for about half and landscape contractors and municipalities make up the remainder.

“The area we are in is fairly affluent and there are tons of controls, such as what directions garage doors can face and how long they can be open during the day. There was a need for people to get their equipment out of the way for the winter,” Brooks says. 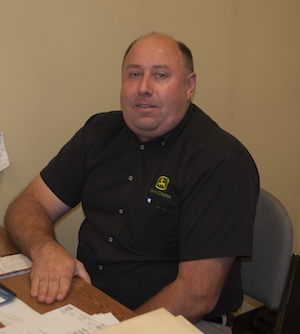 Bill Brooks is president of Proven Power, which has locations in Waukesha and Oconomowoc, Wis.

The dealership stores equipment in buildings that Brooks’ parents originally used in their dairy operation and they also now rent a facility to meet the demand.

“Originally, we sent promotional postcards in late summer to our entire mailing list. We don’t do that anymore because our mailing list is too big and it was getting too expensive. We now do radio ads and advertise on our website,” Brooks says. The run their radio ads generally from Oct. 1 through Dec. 1, but adjust that if the temperatures stay warm.

About 60-70% of the storage comes from return customers and some drop off their equipment as soon as early as after Labor Day. The program is run through the service and parts department and is targeted at walk-behind mowers and lawn tractors. They don’t do any storage for commercial contractors.

Their storage program runs $349 plus tax and includes pickup and storage, tune-up and related parts. They follow their standard quoting procedure for repairs that fall outside basic maintenance. “It’s rare that we get turned down for the extra repairs,” Brooks says.

A couple of years ago, Proven Power added another program to add sideline revenue — and clean up the dealership. “We had a lot of stuff laying around that wasn’t returnable, like overstocked parts and parts that were ordered by mistake. We wanted to try to find ways to sell it because it had value,” Brooks says. 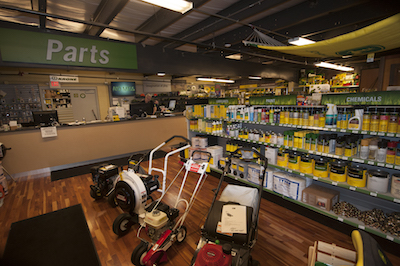 Several years ago, Proven Power began selling overstocked and miscellaneous parts on eBay as a way to clean up the dealership and add parts revenue.

They had originally tried an in-store “garage sale,” but it had limited success. In 2015, a college student who was working at the dealership in the summer began taking photos and posting listings on eBay. Now, during the school year, a person comes in to take photos, posts listings on his own time and earns a percentage of the sale. They also answer any questions from the potential buyer. The dealership staff is only involved in shipping.

A new initiative involves educating customers with do-it-yourself videos posted on the website. Currently, their site features a video about changing oil in a lawn tractor. The agency they work with for their media advertising shoots and produces the videos and a member of the staff demonstrates the steps.

“Our basic thought is that there are types of services that are typically loss leaders for us, like oil changes, blade sharpening and tire changes. We don’t typically recover the costs on those types of services and lots of times those requests are coming during our peak season.”

Brooks says the video has been up for about a year. He’s not yet sure of the results for the dealership, but they plan to dedicate additional effort this winter into producing more videos. 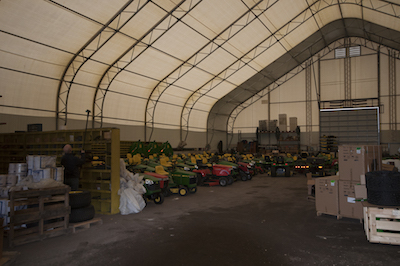 Proven Power builds off-season service revenue through its winter storage program, which it began 20 years ago.

Brooks says his market looks strong and housing has rebounded nicely from the recession. “There seems to be no indication that it will slow down for the next year or two. Milwaukee is going wild with commercial construction and, with that, there are a lot of changes in the area, which should mean more buying and selling of homes. Residential sales offer the greatest opportunities for us now and, ultimately, are also the safest bet,” Brooks says.