AGCO Corp., a worldwide manufacturer and distributor of agricultural equipment and solutions, mourns the passing of founder and former President, Chairman and CEO Robert J. Ratliff.

AGCO's Robert J. Ratliff was inducted into the AEM (Assn. of Equipment Manufacturers) Hall of Fame in 2014.

With a vision to provide solutions for the needs of the farm industry worldwide, Ratliff guided the growth of AGCO from a small North American company into one of the world’s largest manufacturers of agricultural equipment. Through his entrepreneurial spirit, Mr. Ratliff led the management team that purchased Deutz-Allis Corporation in 1990 as part of the formation of AGCO. 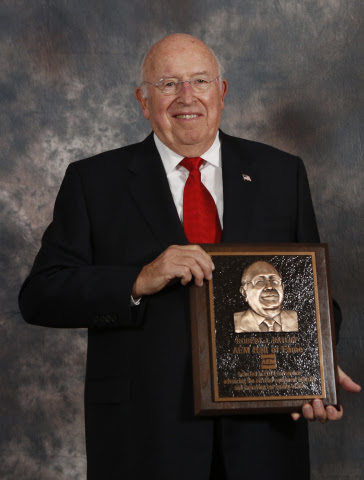 AGCO's Robert J. Ratliff was inducted into the AEM (Assn. of Equipment Manufacturers) Hall of Fame in 2014

Under Ratliff’s leadership, AGCO acquired many of the most well-known and respected equipment brands in the industry. In 1994, AGCO purchased the worldwide holdings of Massey Ferguson, a perennial leader in global tractor sales. In 1997, AGCO purchased Fendt, recognized as the leading technology innovator in the industry. In 2002, Ratliff led the acquisition of the Caterpillar agricultural track tractor business and the Challenger brand. In 2004, AGCO completed the purchase of Valtra, further strengthening AGCO’s leadership position in Europe and South America.

His approach to leadership was hands-on, with strong support for employees, their interests and goals. This also extended to the dealer network, soliciting feedback as a regular practice and encouraging frequent contact and engagement with senior management that today is part of AGCO’s culture.

Ratliff guided the company through a total of 21 acquisitions as it grew sales from $200 million in 1990 to over $5.4 billion in 2005 and retired as Chairman in 2006. Today, AGCO, headquartered in Duluth, Ga., sells its products in more than 150 countries. A 2014 inductee to the Assn. of Equipment Manufacturers (AEM) Hall of Fame, Ratliff made a significant impact on the global industry leaving a legacy with the businesses he built and the people he developed and supported.

Martin Richenhagen, AGCO’s Chairman, President and Chief Executive Officer stated, “Bob Ratliff’s commitment to excellence and complete dedication to AGCO, our customers, dealers, employees, and shareholders helped our Company become what it is today. The Board of Directors, Management Team, and our employees worldwide are very grateful for his vision, leadership and dedicated service. He will be greatly missed, and our thoughts are with his wife Gini and his entire family.”

A Celebration of Life service for Ratliff will be held at the Atlanta Athletic Club, Johns Creek, Georgia, on Saturday, May 20, 2017 starting at 4 p.m. ET.