“TYM is headquartered in Seoul, South Korea, and the company was established in 1951. We first entered the U.S. market in 1999 branding tractors first for Mahindra’s 10 series. As time went on, TYM was sold regionally under the Millennium and Scorpion brand names and later OEM-branded for an additional company.

“In 2001, we sold TYM tractors in the U.S. under their own brand, starting in the western U.S., then we entered the Canadian market in 2002. We incorporated TYM-USA in September 2004.

“We’d been through 3 distributors for the U.S. before we finally decided to do the whole country ourselves.”

“Internally we try to look at all markets to find out where we can fit in and sell additional product. We’ve sold a lot of tractors to homeowners, and we go up to 100 horsepower, which is serious horsepower for a farmer for haying or mowing. So we’re in a lot of different market segments. Obviously we have nothing for the Corn Belt, where they may need 200-300 horsepower, but someone might pull a grain wagon with a 100-horsepower tractor. There’s a lot of market out there which we’re all fighting for.

“Our sales were only down 4.8% last year. This year sales have gone crazy. There are so many promotions going on right now, we’re always fighting the competition on free equipment, 0% for 60, 0% for 72. It all costs a lot of money, and the consumer seems more interested in the 0% financing.

“When you drill down deeper on that, sometimes they’re better off with 1.99% for 72 months, because they can write off the interest, and they might get a better price for the tractor.

“We haven’t peaked yet in the amount of sales or dealers that we want. If you don’t have a financing program, you’re toast. If you’re a die-hard Chrysler guy, and Chrysler offers 6.9% for 72 months, while Ford and General Motors has 0% for 72 months, in today’s economy you’re probably going to look at Ford or GM. And that’s what the consumer is doing.

“The difference is that the features on tractors are more important than on a car. Where we get hurt maybe, and where we’re trying to continue educating the public, is that what everyone else sells as options comes standard on ours. With some brands, if you want auxiliary hydraulics on the back it will cost you anywhere from $800-$1,800. But it’s standard on ours. We have 5-year warranty, but some companies charge extra for a 5-year warranty.

“When you compare apples to apples, our tractor prices are very competitive, and our warranty is still the best on the market as a standard warranty. Who’s TYM? We’ve passed that stage now. Customers know who TYM is. We’ve made a huge financial commitment and we’re here to stay. And after 10 years of being here, people realize that.”

“We just closed our current factory in Korea and built a new one closer to Seoul. The old factory was efficient, but landlocked, and there was no place to store completed products.

“We’ll have the capacity of building 20,000 tractors a year with the new factory. There’s more land with it, so we can expand it if we want. It’s going to consolidate a lot of things.

“For our worldwide distributors and our U.S. dealers, we’ll be able to store equipment in Korea, which is something we couldn’t do before. In the past, if a distributor said, ‘Build me 100 of those, and build an extra 20 and hang on to them for me,’ there was no place to put them.

“For dealers, this new plant is going to help the products flow in and out of our Wilson, N.C., facility on a more efficient basis. It’s almost like adjusting time. The tractors are coming in, and within 30 days they’re going out again. We want to get our inventory down to flowing on a 30-day turnover. We haven’t had that luxury in the past, because we had no history, so we overstocked and had too much inventory. And with the programs this year and the economy turning around, sales have been so good that we’ve been short on inventory.”

Why Sales are Up 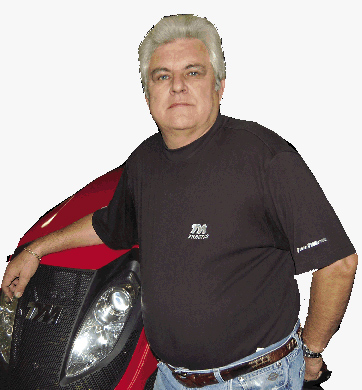 “The financing programs are one reason, and we’ve also attracted some very, very large dealers that want to place an order for 30 units of one model, which is great to have but we’ve not been accustomed to that.

“From what they’re telling us, it’s pricing, quality and features. This business is difficult, because if you can’t supply what a customer wants, especially a retail customer, they’re not going to wait for it. They’re going to go someplace else and buy it. You can’t sell from an empty shelf, as they say.

“Trying to strike that balance continuously is impossible to do, but we try to come as close as we can.”

What the Best Dealers Do

“We’ve changed a lot of dealers. Some of them don’t want to sell the product any more, and some of them probably shouldn’t have been dealers to start with. We have criteria for dealers. We don’t just give it to anybody.

“Can you service the tractors? Do you have the equipment? Can you take an engine out? Can you split it? Do you have a set of rails? Can you recharge the air conditioning system? There are so many things that go into being a dealer.

“Service after the sale is the most important thing. If a customer has a problem with a tractor, it needs be repaired quickly. If it’s something mechanical, it’s going to break. And I also want dealers to stock basic parts. Some dealers think that their supplier is the parts shelf, and they place an order and they’ve got to have it right away. And if the supplier doesn’t have a particular part, they get upset.

“Even we don’t carry every single part. The maximum amount of time to get a part out of Korea is 3 days. So service, parts, and actual knowledge of how the tractor works is important, as well as knowing the differences between our tractors and our competitors’. All of the tractors out there on the market are just fine. You won’t hear me knocking a competitor’s tractor. But every one of them has different features and technology.”

Glimpse of the Future

“This year has been difficult because of moving factories, but we are looking at some additional products to offer dealers, so they can have more of a full line.

“We built a new research-and-development department this year in Korea that is absolutely beautiful. We’ve got stuff going on in there, where I walk in and say, ‘When is that going to be ready? That would be cool.’ We’re hiring additional engineers now that we have the new factory, because we’ll be capable of building more products.”

“We’ve got snow blowers coming. We’ve already got the pre-orders from the dealers. We’re not putting them on the loader, they’re mounting on the front of the tractor. They’re for consumers that want snow blowers rather than a loader or blade. We have heated cabs now for the smaller tractors, and we specifically designed them so it’s easy to take the doors off. I’d rather be in a cab with no doors with the windows open on a hot day than sitting on a tractor with nothing.

“We’re also buying some rear-mount, 3-point mowers — not because it’s a huge market and we’re going to get rich, but we’ve got more and more dealers and customers saying, ‘I want that TYM tractor and I want that TYM loader and I want a real mower.’ If there’s a problem with the mower, they know where to come.

‘A Piece of the Big Boys’

“We all have our own huge domestic market and our own customers all over the world. I don’t ever see any of us consolidating.

“I’m not so interested in taking market away from my other Korean counterparts. We all want a piece of the big boys, and being small like we are, when we want to do something, I can decide to do it. It stops here. I don’t have to go before the board of directors.

“I don’t see any consolidating at all between Korean companies. It’s getting to the stage now, if you don’t make your own tractor, I don’t think you’re going to survive in this business.”

John Dobberstein is associate editor of Rural Lifestyle Dealer and Farm Equipment magazines. He is also managing editor of No-Till Farmer magazine and editor of the Dryland No-Tiller e-newsletter. He previously covered agriculture for the Tulsa World and worked for daily newspapers in Chicago, Milwaukee and St. Joseph, Mich. He graduated with a B.A. in journalism and political science from Central Michigan University.