Why the Arctic Brand is Returning to Off-Road Vehicles

Brand loyalty is a key reason why Textron Specialized Vehicles (TSV) brought back the Arctic Cat brand for side-by-sides and ATVs, according to Ben White, marketing sponsorship manager for TSV.

TSV had acquired Arctic Cat in March 2017 and by April that year had announced that the brand name would only be used on the company’s high-performance snowmobile lines. The brand’s Alterra ATV, Wildcat and Prowler side-by-side lines joined Textron Off Road’s Stampede side-by-side line.

White says the company had difficult decisions to make after the acquisition. They already had an established off-road brand and market research showed that the Arctic Cat name didn’t connect with those in the Southwest, which was an area for expansion. However, the brand’s loyal following spoke up for the Arctic Cat brand.. “In the end, that passion spoke and we made several large announcements,” White says. 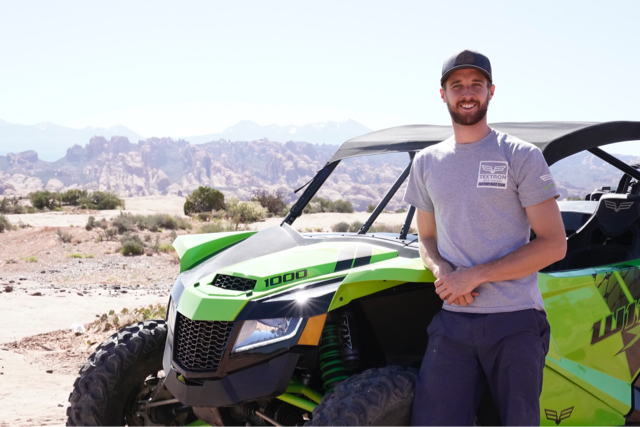 Those recent announcements include the re-introduction of the Arctic Cat name for the Alterra, Wildcat XX and Prowler Pro off-road lines along with a memorandum of understanding with TRACKER to introduce TRACKER Off Road, a new line of high-performance ATVs and side-by-sides. TRACKER is part of Bass Pro’s White River Marine Group. Both brands of off-road vehicles will be manufactured in Thief River Falls, Minn.

TRACKER branded versions of the Prowler Pro, Prowler Pro Crew, Prowler 500, and a variety of Alterra ATV models will be initially offered through Tracker Off Road channels. The Wildcat XX will not be part of the TRACKER Off Road line initially.

The lineup and its specifications include:

White says some details of the partnership are still being discussed, such as whether Bass Pro and TRACKER Marine dealers will continue to service Arctic Cat vehicles.

White explains that TSV had already been selling Arctic Cat, Textron Off Road and E-Z-GO branded products through Bass Pro. “The announcement allows us to get more vehicles through to the Bass Pro and TRACKER markets. TRACKER has a reputation for reliability and prowess and our American heritage is in our roots,” White says.

TRACKER Off Road vehicles will be sold through the independent boat dealer network of select Ranger, Triton, and Tracker, and other independent dealers, as well as at Bass Pro Shops and Cabela’s locations.

White says that rural equipment dealers may have an advantage over powersports dealers when selling side-by-sides. Rural dealers already have relationships with their tractor customers, for instance. “They could go to a powersports dealer, but they are going to find that the dealer is not as engaged with them because those dealers are focused on their current customer base or higher margin units,” White says.

White says this about a dealer’s advantage over mass retailers: “Dealers can get a lift from big box stores. They can be more personal and rural audiences attach more value to that relationship.”