Ruston Tractor, a 2-store Kubota and former-New Holland dealer in Louisiana, is looking to move its second location in Monroe, La., to a more stable store off nearby Interstate 20. According to owner Jeremy Gantt, the process has been long but full of valuable lessons and success. Ruston Tractor’s flagship location was opened in 1979, with Gantt acquiring the then single-store Kubota-New Holland dealership in 2005.

From New Holland to Kubota

The opportunity first arose in August 2019, when Kubota came to Gantt with the news that another nearby Kubota dealer, covering the Monroe, La., area, was planning to terminate its contract.

Gantt then approached his competitor and friend, Randy Walton, owner of the single-store small ag and construction New Holland dealership Ag-Con Equipment in Monroe, La. Filling him in on the details, Gantt offered Walton, who was looking to retire and close down Ag-Con, the ability become general manager of a new Ruston Tractor location in Monroe out of his old store.

“I asked what he thought about shutting down his New Holland store and becoming a Kubota dealer, with him as the general manager,” Gantt says. “He was all in.”

Shortly after this conversation, however, Gantt was approached by New Holland, who wanted him to terminate his New Holland contract in Ruston.

“The district manager for New Holland walked in 2 weeks later and said he didn’t think we needed to be a New Holland dealer anymore, after 40 years,” says Gantt. “However, they knew nothing about our plans for a new Kubota store in Monroe, and Walton’s plans to shut down his own New Holland location.

“I pitched them my strategies on how I could improve our New Holland business, and they said it wasn’t good enough. So once I got the approval from Kubota to go ahead with the Monroe location, I called New Holland and told them I wanted to terminate, if I could go to parts and service for a year to protect my customers. Then a few months later Walton terminated Ag-Con’s New Holland contract too. So in a span of less than 4 months, New Holland lost both its dealers in North Louisiana.”

Ruston’s new Monroe location, now a fully-fledged Kubota location, opened on Jan. 15, 2020 as their second store. However, Gantt considers the current Monroe store a temporary location and has plans to open a permanent store in Monroe in the future.

Gantt’s first hurdle was setting up the technology side of the new location, something he says Kubota wasn’t able to provide tools for. Being their second location, Gantt looked for whatever help he could get.

“Kubota didn’t have many resources or guidelines to help with opening a new location, which was a little frustrating,” he says. “If you’re not collecting data as a manufacturer, you’re not doing your dealers any good.”

The temporary Monroe location hit several roadblocks at first, like having trouble accepting credit cards for its first 2 weeks, as well as scanning parts. Gantt also discovered that, since the company’s VPN was hosted out of the original Ruston location, a power outage there could also bring them down in Monroe. 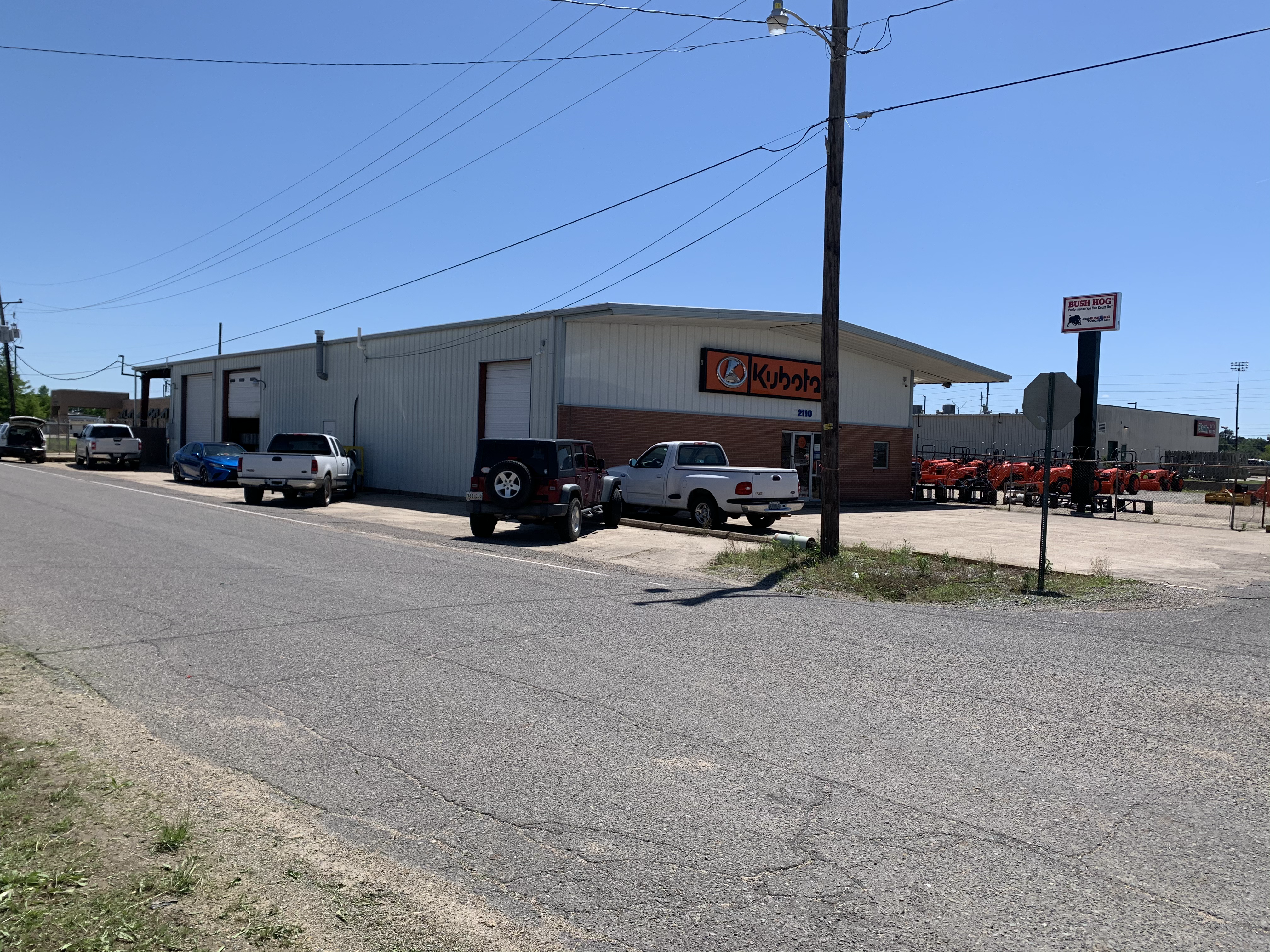 “We’re about 2 weeks in, and we’re training, and we have Kubota people on site, and the power goes out in Ruston,” he says. “So we go down in Monroe too, because all our systems were being funneled through the Ruston store. And setting up our own VPN in Monroe cost another $2,000.”

However, even if the systems had worked perfectly out the gate, Gantt believes he still would have had hurdles with new processes being implemented with Ag-Con’s former employees.

“When you’re essentially taking over a new location, you have to consider that the people there have been doing thing’s a certain way for a long time,” he says. “Even if your changes are minimal, they’re still changes. You have to be able to explain to your employees why you’re changing their processes instead of just insisting on a new system.”

Gantt credits the Monroe location’s success in part to Ag-Con’s original staff staying on and bringing their expertise to the table.

“It was a godsend having Walton’s people, because we had employees for parts, service and reception,” he says. “I couldn’t imagine opening up this location from scratch, unless I had additional staff I could move from another location. It would be daunting in today’s labor market, especially finding qualified parts and service staff.”

He adds, however, another hurdle came with the Ag-Con staff’s apprehension in switching from New Holland to Kubota equipment coming into the store.

“They were a little apprehensive at first, going from a New Holland to a Kubota dealer,” says Gantt. “But we had a meeting at the end of 2020 to recap how things were going, and the consensus was that they were happy with the switch.”

Gantt describes the Monroe store as “re-vitalized” with the new mainline, selling 130 tractors in 2020 vs. just 100 in Ag-Con’s best year before the switch.

“Last year, we saw almost 40% growth in the Ruston location, from $10 million in sales to $14 million,” Gantt says. “Then our Monroe location did $5.4 million when we had budgeted it for $6 million.”

Gantt recommends other dealers in the same situation first confirm they have a large enough market to justify the size of their location.

“Between real estate and the actual building, you’ll be somewhere around $3.5 million at least,” he says. “And that will be a pretty plain building without a lot of curb appeal. You have to ask yourself, ‘How long did it take me to get my market share at my current locations? How long will it take me to reach a similar market share in a new location?’

“Are you going to be able to get help without having to hire from another dealership?” he says. “Can you go to a local college and get 4 technicians who may not know the industry but are willing to learn and grow?”

Currently situated in the former Ag-Con location on the south side of Monroe, Gantt plans to open a permanent location to the northeast, directly off the nearby I-20 corridor, the first step being approval from the development board. 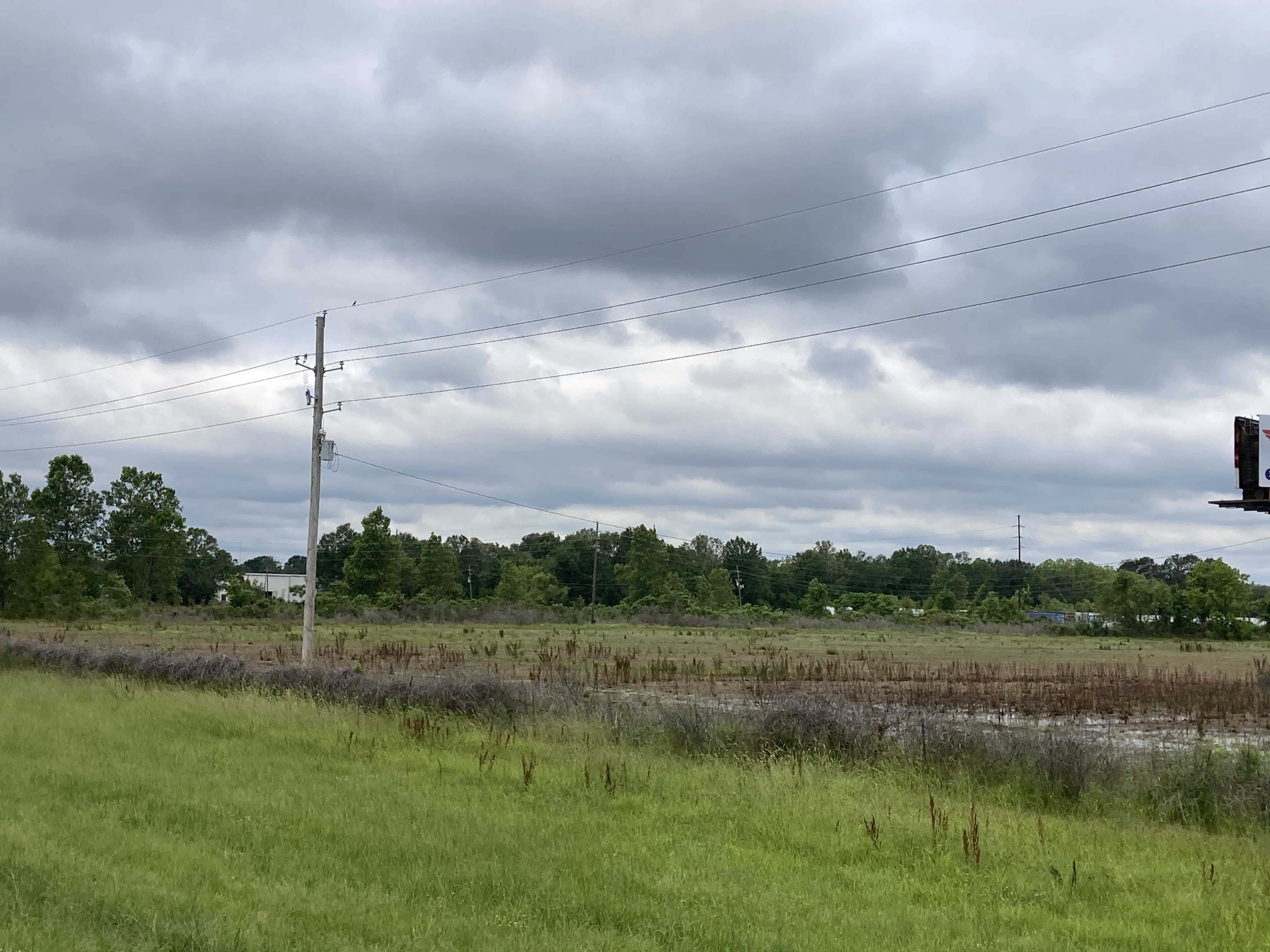 Jeremy Gantt, owner of Kubota of Monroe, plans to move the store to a permanent location on a plot of land just off Interstate 20.

“The board’s sole purpose is to develop business off the interstate,” he says. “They use tax dollars for road construction, sewer, water, things like that.”

After scouting either side of the interstate to avoid wetlands and unusually expensive land, Gantt is currently focused on a plot of land that fits his price, but has no road access from I-20, which he is currently discussing with the board.

“The board’s first question was how much revenue I’ll generate, so they can know if I’ll create enough tax revenue to justify the project,” he says. “I told them I should bring in around $15 million, so they approved around $2 million for a project to build me a small road between the future store and the interstate.

Gantt points out that, as a smaller dealer, Ruston has to be particularly careful with the cost of construction and be sure to generate enough revenue to justify the expenses of building a new store, as opposed to larger dealerships.

“I don’t see the return on investment with some of these larger locations,” he says. “I don’t think the cashflow can be justified. If you look at each individual location and look at its financials as a stand-alone operation, some of them just don’t work.” Path to Acquisition: How a Partner Became an Owner (Part 2)

Path to Acquisition: How a Partner Became an Owner (Part 1)

Path to Acquisition: How a Partner Became an Owner (Part 3)