"Now, repeat what I just said." These are the words my wife uses to end all our communications, especially the honey-do jobs and my trips to procure her needed supplies. This forces good communication, she states.

Good communication is the key to success in marriage, relations with one's mother-in-law and, of course, in running an equipment dealership. Lack of -- or bad -- communication always leads to expensive events and teaching moments.

Years ago, before cell phones or GPS, we sent a tech out to pick up a garden tractor sitting in the driveway of Rusty Moore's residence. An hour later we received a collect call from the frustrated tech who stated "Look, I have been up and down this street 10 times and there is NO RUSTY MOWER sitting out for me to pick up!"

This mistake cost us more than we made on repairs for a year as our tech ran over a flower box on one of his turnarounds. This invoked a call to a landscaper, who informed us the flora was a rare plant imported from Holland. We learned we’d need an SBA loan to restore it.

Lack of communication is always commensurate with a price tag one does not want to pay. Life is easier today if one takes time to text, use GPS, give out computer-generated hard copies or pictures to back up assigned tasks. As redundant as it seems, doing it right the first time and realizing there is no such thing as too much information is paramount to a successful outcome.

Let us digress a moment and discuss men vs. women in conversation. Since the days of cave persons, men have been poor communicators. They, being generally stronger and dumber than the fairer sex, were sent out to procure food. A lot of loud talking resulted in poor bag limits they found out. Thus, men learned not to talk a lot. They did value eye contact and developed nods and hand gestures, grunts and other noises that survive today. Those cavemen who were good conversationalists were not good hunters as they tended to scare the game away.  Thus, we have the term “vegetarian” which meant “bad hunter.”

Cavewomen, on the other paw, stayed behind awaiting the protein procurement posse (I learned alliteration at Murray State Univ.) and discussed every asset of the clan, their spouses' abilities, how hard they were clunked on the head during the marriage proposal, the cooking process and what condiments went well with grilled Mastodon. Women can communicate; it is in the genes, and we men need take lessons.

“Lack of communication is always commensurate with a price tag one does not want to pay.”

Today there are ever increasing numbers of women involved in dealerships and they should be welcomed. They are not from Venus after all, but their presence caused those scantily clad Snap-On lady pictures to be sent off to Uranus.

The number of our female customers has increased as well. This is not a man's world anymore. The sooner we accept it the better.

A final example of bad communication was when a call came into our dealership asking if we worked on old tractors. Our senior parts man, Eddie, took the call and answered yes to our ability to rewire, overhaul and put brakes on the tractor. He made out a work order and after estimating the charges told the caller, with a chuckle, the bill was going to be high and that was BEFORE we added parts and labor.

Eddie then asked what name to place on the work order. The customer said John Conlee. Ed then stated, "And when you get this bill you are going to wish you were the rich Grand Ole Opry Star John Conlee!" These was a pause, then the reply came "Well, I guess that would be ... ME.”

There was a lot of stammering and apologizing and poor Eddie came and stated, "Boss, don't fire me for this, but I better tell you what I just did." By the way, Mr. Conlee has since become a great customer. 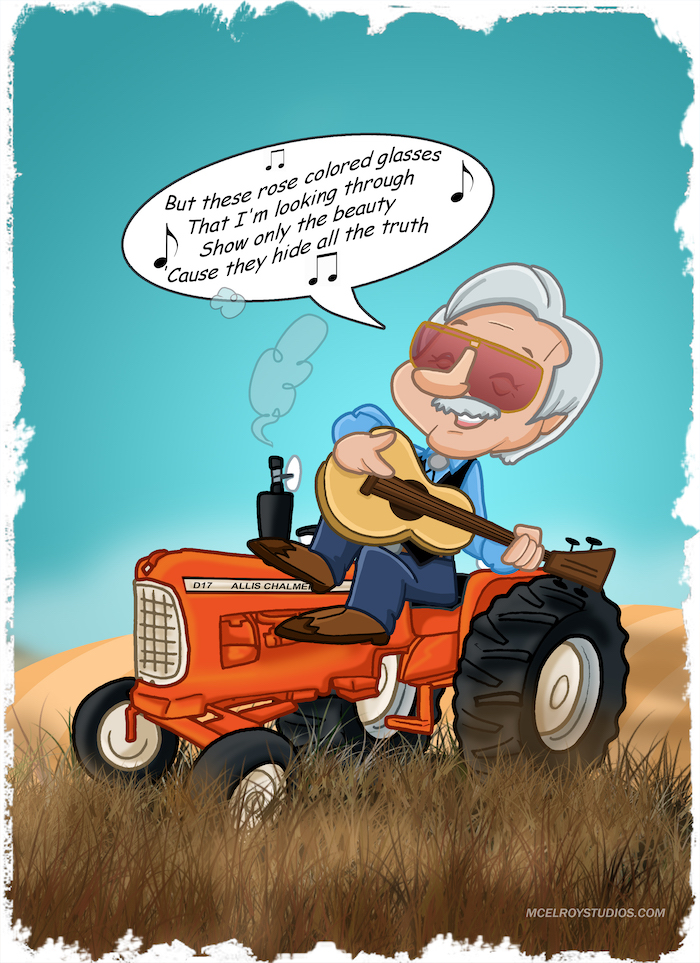 So, if Elvis ever calls your dealership asking for help, the answer should be "Yes, Mr. Presley, how can we help you?" At least that is what our Eddie will answer from now on, now wearing rose colored glasses!

Till next time ... we wish everyone smiles and prosperity. Loaded Up & Ready to Go

Loaded Up & Ready to Go