By Tim Brannon posted on September 12, 2022 | Posted in Best Practices
Grand Ole Opry Star John Conlee (see July 25 blog here) was not the only country crooner in our dealership’s AOR.

Many have asked about the Loretta Lynn Dude Ranch or the LL Farms and the relationship with the old Allis-Chalmers. (OK, actually only 3 people asked, but here it goes anyway.)

The dealership in Paris, Tenn., was the servicing dealer for Loretta Lynn Farms. Frank Coles was the store manager for Austin Equipment Sales, as was its name back then.

He made a sales call to O.V. Lynn, Loretta Lynn's husband, also known as Doolittle (she called him Doo) a.k.a Moonie Lynn, at Hurricane Mills, Tenn.

There he met Fuzzy Hart, Ray May and the Lynns at her residence. They discussed farming in general and the question was asked if the Lynns would promote Allis-Chalmers like their friend Tennessee Ernie Ford was doing for Ford and Massey Ferguson. 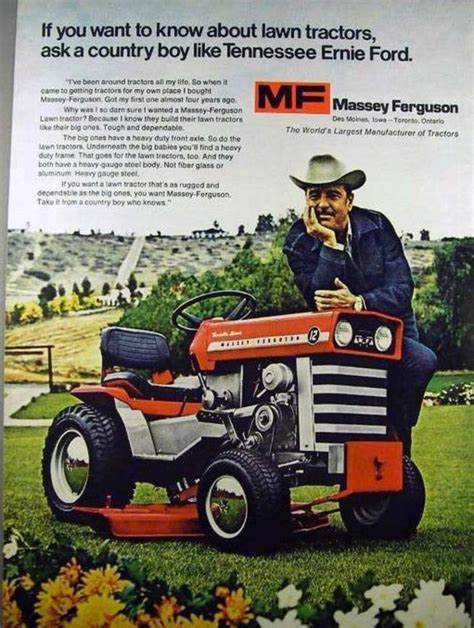 Frank called Jim Austin, the dealership owner, and while at a meeting in West Allis, Wis., he pushed the idea to the head of AC Farm division, Harry Lusk. Soon after, Lusk flew to Nashville, Jim and Frank picked him up and made the hour drive to the “Big House” at Hurricane Mills (Loretta claims it is haunted). There, on a handshake and notes on a dinner napkin, the details were worked out for an "Allis-Chalmers Demonstration Farm."

A-C would furnish the farm with one of every ag product they built for field days, photo shoots, literature and whatever. Mooney was free to use the equipment for his new hobby: big time farming. The Lynn's portion of the agreement was to be available at times each year to make commercials for dealers and provide a Coal Miner’s Daughter concert for dealers and company folks. (We had over an hour on tape of ad-lib commercials with her — it was hilarious but the radio station mistakenly erased the tape. Grrrrr.) 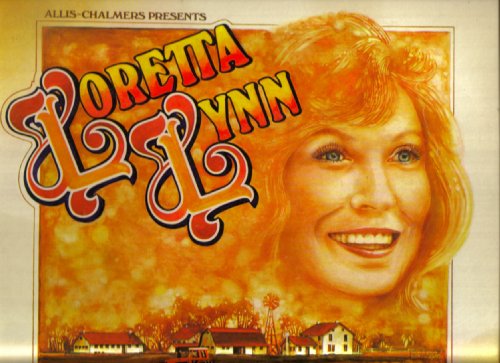 The Lynns also had to set aside acreage for demo/field day use. Humphries County almost sank to China with the weight of orange equipment that was delivered in 1977. To say all went smoothly would not be telling the truth, but it worked. Ray May and Lynn Schreiber took over the farming and shows, respectively, and the road smoothed out greatly.

"Humphries County almost sank to China with the weight of orange equipment that was delivered in 1977.”

Ray was an easy-going, competent manager. His son and grandson Steve and Josh still farm a lot of the land. (Ray showed me a package from the parts department sent to "Low Rental Land Farms” — this new adventure wasn't well publicized at first). Schreiber, on the other hand, was demanding, rightfully so, and many of us fell under his colorful verbiage demanding perfection when it came to dealer events, equipment preparation and product presentations.

A-C bused, drove and flew in dealers, farmers, press, film crews, foreign agricultural-related persons and who knows whom else. We happened to be there one day when a group of Chinese ag (reverse) engineers toured. The features of the tractor line were being extolled via an interpreter, but they were photo'ing and dissecting a no-till planter. They photographed everything from the tour bus suspension to the port-a-potties to the aforementioned coulter springs. It was hilarious to watch.

A-C also rented competitive equipment to see how it compared in actual field conditions. We had a request to bring our dynamometer over one day. They had rented a competitive 160 horsepower tractor that was found to be pulling over 250 hp; the competition wasn't stupid but got caught on this one. We returned the tractor and didn't pay the rent. One year A-C even brought the entire — and we mean entire — Milwaukee home office staff down for “training.” Seeing two accountants puncture four huge rear tires on a 4WD tractor with a V ripper drastically increased the cost of the session.

We saw events like Moonie and Lynn driving the Lynn's brown Jeep, jump a ditch “General Lee” style, taking this shortcut to attempt to stop an employee from plowing up Moonie's landing strip. We could not hear what was said but later we did see where the paint seemed wrinkled on the tractor from the wrath. There was even a “College of Knowledge” for dealers taught on the farm. We taught the engine session.

One Sunday morning around 5 a.m.I received a phone call and something mumbled about a tractor taking a drink of water. “Huh, who is this? "Moonie, Moonie Lynn." I got the sleep out of the eyes and finally figured out what he was telling me, Moonie style.

One of his “drivers” had driven the 300 hp, 4-wheel drive off in the river as the “crossing” was missed. The tractor went under water, sucked in enough H2O that it blew the heads off and bent the rods. A-C service techs and our guys pulled the engine, put in a new one, and had the unit back at the ranch for an event that weekend.

We also got a call in January 1979 to pick up their 4WD and prepare it to pull in the Louisville National Farm Machinery Show’s new, 4-wheel drive class. We were given the name Terry Wood to call at the engine division for a little increase in horsepower. We actually placed in the money — 5th place! This tractor is still around and was recently auctioned off, complete with its somewhat embellished history. 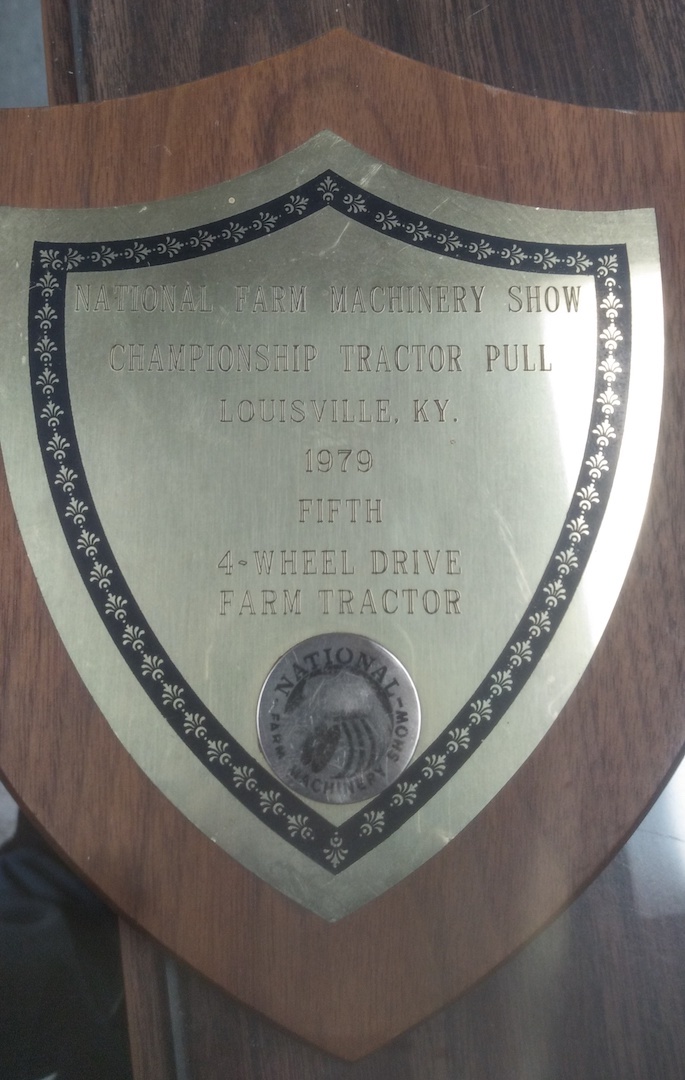 When AC's John Johansen replaced Harry Lusk, the company auditors came to him and stated he was missing over a $1 million dollars in inventory — panic ensued until he asked how they inventoried the Loretta Lynn equipment — they hadn't been! That got straightened out in a hurry. The AC/Lynn partnership did sell equipment. The feeding, demoing and meeting the Lynns, wound the clock of many customers nationwide. Today on social media, talk of trips to “Loretta's” still abound. We were fortunate to get back all the annual change-out equipment, recondition it, and have first shot at selling the slightly used equipment (well some of it was anyway). 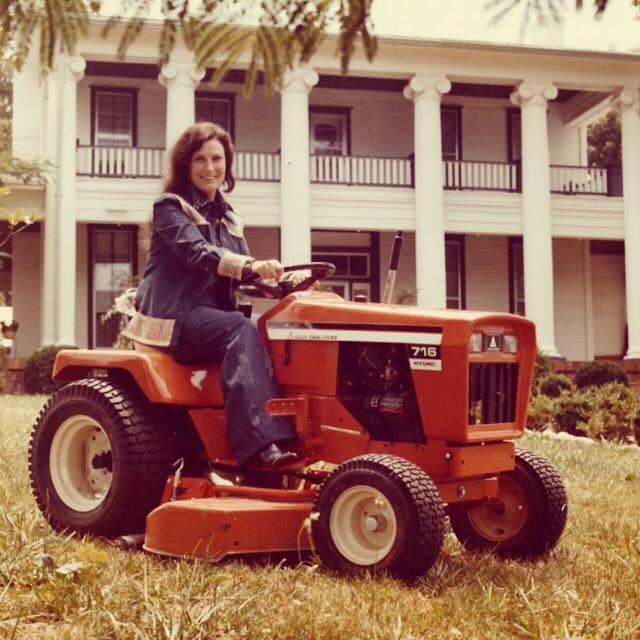 Deutz, after buying AC, pulled out of the arrangement m before selling to AGCO. Seems the Germans didn't have a thing for country music. One of the events before the separation was an onstage presentation to Loretta of a shotgun. She took the gun, raised and fired it (a blank) and a Deer(e) fell from the rafters. Brought the house down.

She and Moonie were also filming a “Christmas Special” in California and were supposed to come riding in on two large lawn tractors. They were Deeres-Nope. Moonie made a phone call and filming stopped until two AC mowers could be flown in from Port Washington, Wis. They were loyal.

Folks, she is one fine Lady. Gosh, there are so many stories, just not room for them all and some we can't print.

Oh well, till next time wishing you smiles and prosperity. History lesson over.