Tiago Bonomo, McCormick USA’s new president and chief executive officer (CEO), says he doesn’t have the traditional five-year business plan. What he does have is a strategy focused on these two goals:

• Stay focused on selling the quality of McCormick’s complete tractor line, without worrying about having the largest market share.

Bonomo shares his strategies for the U.S. market and McCormick dealers in this exclusive interview with Rural Lifestyle Dealer.

McCormick USA is part of the Argo Group, which is based in Italy. Bonomo joined the Argo Group in 2006, serving as controller for the Group branches. In this position, Bonomo says he learned about distribution networks and addressing problems, such as when the company decided to relocate its operations in Doncaster, United Kingdom, to Fabbrico, Italy, and reorganize operations in France. 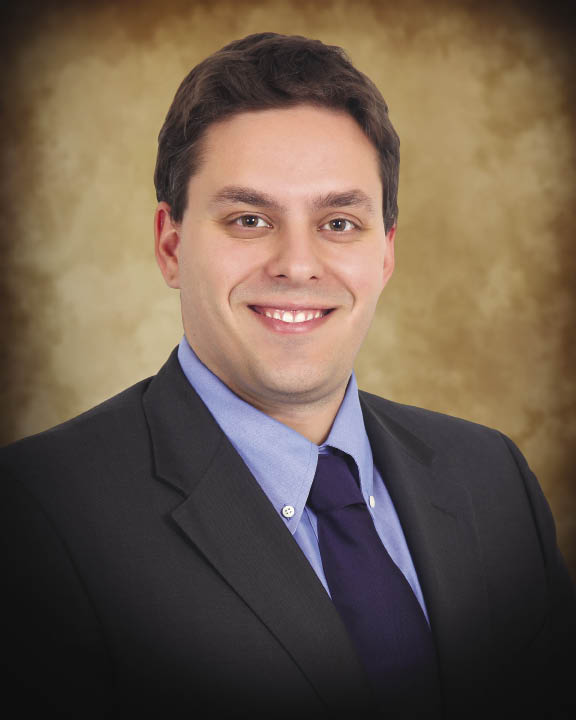 This experience in financial operations and problem-solving led to his appointment as president and CEO of McCormick Mexico in 2008. In just two years, Bonomo helped McCormick grow market share in Mexico from less than 1% to 5%.

Another promotion in 2010 gave Bonomo management of all Argo Group operations in Latin America.

“We didn’t have a strong dealer network (in Latin America). We only had Venezuela, Chile and Costa Rica. From 2010 up to this year, we built a network that now includes 20 countries,” he says. “This experience in different markets and different distribution networks has prepared me to take on the U.S. market.”

Bonomo says one of his strengths is his ability to communicate with the leadership team in Italy. He travels to Italy every three months to see product development up close and to ensure he is on target with global strategies, which hadn’t been the case previously, he says.

That global strategy is based on strengthening the dealer network.

“We are not as big as Deere or CNH or AGCO. We do not aim to have a huge market share. Our goal is to have a stable, solid and profitable operation. We’re focusing on building a strong network and prioritizing our products out of Italy,” he says.

Bonomo is very specific when it comes to listing what he promises U.S. dealers — and what he expects in return.

• “We need to give simpler price lists and programs … be a friendlier company to do business with.

• “We need to listen and build better business relationships with our dealers.”

He says that McCormick may have focused too much attention on software, neglecting the “people” part of the relationship.

“We forgot the old way of the ag market is face to face.”

He says McCormick already has a new good sales team in place. They just need to be out visiting dealers more — and they need to keep current on the products so they can train dealers when they meet. He says dealers and salespeople should meet monthly.

Dealers also need to make sure they are trained on all the products.

“Dealers should be aggressive and learn about the product,” he says.

Bonomo says the dealer network now includes more than 200. However, he says he would be OK with a smaller network, if those dealers were committed to McCormick. In fact, he says they have reduced the number of dealers in the last few months because McCormick felt like it wouldn’t be a good long-term partnership for both the company and those dealers. Instead, he says he prefers to concentrate efforts on those dealers with the potential to grow with McCormick.

McCormick recently introduced the X60, a four-cylinder, 100-120 horsepower tractor. It is more efficient and offers new cab and hydraulic options.

“We are more than happy to team up with a dealer to show them how to position our product in the marketplace. We don’t need really big dealers, but we do need them to be financially stable. They must have the structure in place to support tractors in terms of technical skill, service shop and spare parts.

“I do expect them to sell 20-30 tractors a year. I’m not saying that’s a magic number. For some areas, selling 10-15 is feasible,” he says. “We are looking for the really serious businessman who wants to invest in our brand and our product.”

Bonomo says McCormick has a lot of advantages a dealer can promote.

He points to the wide range of tractors for the rural lifestyle and ag markets, with a choice of power ranges, transmissions, operational speeds and improved cabs.

“We offer good quality, reliability and efficiency, with our traditional mechanical tractor with synchro shuttle or power shuttle as well as our state-of-the-art power shift transmissions,” Bonomo says.

Here’s what dealers can expect for new products. Early this year, the X series will be extended with the X50, with models in the 90-115 horsepower range with a new Tier 4 engine and new look.

The X40 is expected to be introduced in 2014, with models in the 75-100 horsepower range. The X40 will be offered with both cab and open station versions.

Bonomo says the X40 and X50 will be excellent utility tractors and good replacements for the MC and CX series, which are being discontinued. The new models will have open station or cab options as well as two-wheel and four-wheel drive.

In 2012, McCormick also introduced the X60, a new four-cylinder, 100-120 horsepower tractor. Bonomo says it combines the best of Argo Group’s technology to meet the latest emission requirements. The X60 was an upgrade of the discontinued MC and CX series, and offers a more efficient transmission and new options for cabs and hydraulics.

Many projects are also under development, says Bonomo, such as tractors with more horse power and continuously variable transmissions for different ranges.

What about new partnerships?

That synergy includes continuing to reach the rural lifestyle market with an added focus on the ag market as well.

“We are focusing on ag, but not overlooking the rural lifestyle market,” he says. “We want to push a wide range of products and push the right advantages.”

Bonomo says dealers should put aside any rumors about McCormick and its presence in the U.S.

“It was never on the company’s mind to exit the market. It’s true the company was struggling in the USA. But, there’s been a big strategic change for the U.S., to make sure McCormick is present and giving the right attention to this market.”