By Evan Young posted on April 25, 2013 | Posted in Manufacturer News

Land & Coates, based in Hampton Roads, Va., has served the consumer and turf market since 1945. The right timing, the right opportunity and the right location led to the company's first tractor dealership serving the rural lifestyle market in nearby Gloucester County. 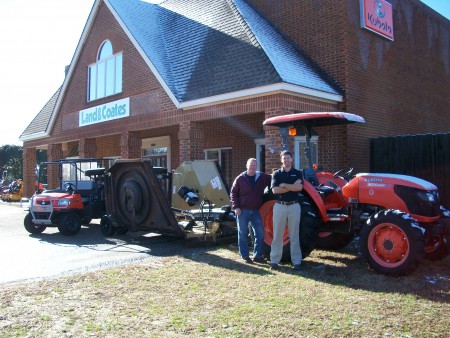 Here's how the dealership expanded into a new product line, Kubota tractors, and met the challenges of a new customer segment.

Land & Coates was purchased by Charles Winstead in the 1980s. His son Barden now serves as principal of the six stores, with additional locations in Chesapeake, Norfolk, Newport News, Portsmouth and Virginia Beach. Barden Winstead says that before its latest expansion, half of the company's business was from landscapers in the urban market between Newport News and Virginia Beach, Va. Its equipment lines included Toro, Hustler, Wright and Stihl.

Barden's brother and equipment salesperson Coleman Winstead says they first began exploring adding the Kubota line based on landscape customer feedback. "The landscapers said, 'Get hold of Kubota as fast as you can and don't let go,'" Coleman says. Many of these professionals found Kubota compact tractors to be reliable and easy to operate for loader and grading chores.

The area lacked a Kubota presence as two Kubota dealerships in Gloucester County closed several years ago. Land & Coates took advantage of the timing and began discussions with Kubota's territory manager, who saw the group's strength with its five other stores. The Land & Coates team knew what it would take to add a location. "We've expanded our locations three times and we knew what it cost," says Barden.

- Balance the risks of adding a new equipment line with your dealership's reputation for sales and service.

They also knew they would have competition. The John Deere and Massey Ferguson brands have been sold in the region for several decades. They also knew they might face some market pushback. Store manager Doug Price says they were concerned about customers being skittish about Kubota with the closing of the previous dealerships.

The Winsteads decided to balance the risks with past successes: Selling and servicing familiar power equipment brands at the new store, including Toro, Honda and Hustler.

The Land & Coates team worked with a commercial realtor to find a location and settled on a former hardware store on U.S. Route 17. This is the main road through Gloucester County and serves as its retail corridor. The building met Kubota's location criteria and sits behind a large area, where equipment could be displayed.

"We did a big open house and almost all the Gloucester County economic development folks were there," says Barden of the store's opening in February 2012.

Coleman says that serving the rural lifestyle customer requires a different expertise than serving its traditional turf customers. For instance, he says that education about three-point hitches and power take-offs is often necessary for first-time tractor buyers, who also tend to "kick tires" longer and shop comparatively. 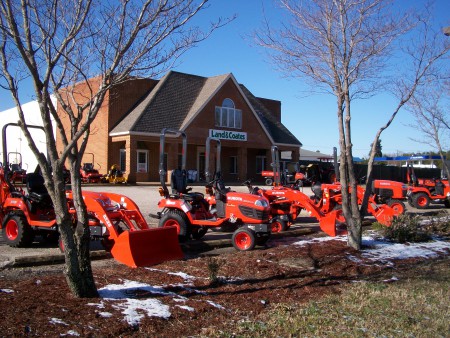 An assortment of Kubota compact tractors is strategically angled for visibility to drivers on U.S. Route 17 in Gloucester County, Va.

Conversely, store manager Doug Price has seen Kubota become a "go-to" brand for experienced tractor owners. "It's very utilitarian and it's as close to an American tractor as you're going to get," says Price. Kubota tractors are assembled in Georgia and a new manufacturing facility recently opened in the state.

Land & Coates was challenged with building an inventory that would be attractive to hobby farmers and large property owners. "All this was new to us," says Coleman.

The company consulted with Kubota's territory manager during their first order to determine the most regionally suitable machines. The store's inventory has included Kubota riding mowers and track-equipped Power Krawlers. The dealership now emphasizes compact diesel tractors in its inventory.

Many customers prefer a "one-stop" purchase process for tractors and compatible attachments. The team has begun offering a near-complete setup which can include a Kubota BX-, B- or L-series tractor, fitted with a loader and accompanied by a rotary cutter, tiller or even a transport trailer. "We can customize these to the customers' needs," says Price.

The dealership knew service could be another revenue source because of existing Kubota tractors sold by the previous dealers. Repairs have ranged from sharpening mower blades to a transmission overhaul. "We service what we sell. That's our motto," says Coleman.

Land & Coates has always had strategies in place for backing up its core value of service. Loaner mowers, for example, are provided to service department customers company wide, followed by the emphasis on a quick turnaround. The company has had to adapt this strategy to its Kubota range as they compete with two agricultural dealerships for repairs. Chief mechanic Tom Rose worked for a previous Kubota dealership and has been key in helping Land & Coates compete in the service area. 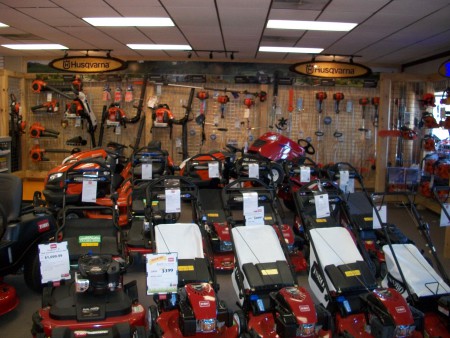 Land & Coates established itself as a full-service Toro power equipment dealership several decades ago in Norfolk, Va. and carries this line at its Gloucester store to add strength to its rural lifestyle lines.

A variety of implements displayed outside the Gloucester County store offers ideas on customizing tractors. The dealership offers Land Pride attachments. Land Pride and Kubota have a marketing agreement and offer a convenient joint finance option.

Barden says its new rural lifestyle customers are also interested in smaller equipment, such as generators. "We have done better than expected because of the hunting, fishing and camping in this rural area," he says, citing the Honda brand as a top seller.

Price has fielded customer requests for products not carried by Land & Coates. "If a customer comes in looking for something, we'll get it if we can source it," says Price.

This strategy helps Land & Coates compete with ag dealerships in the area, as well as a national retailer aimed at rural customers. Price spent 30 years with a larger retailer, so he brought that experience to the dealership. "We carry some products the big box retailers aren't going to carry. We do it year-round and always offer the service to back it up," Price says.

So far, sales have been higher than expected. "We may have been conservative in our forecasts. We've reordered three times," Barden says.

Coleman says the L-series tractors, ranging from 30-59 horsepower, have been the fastest moving and are the most popular for attachment packages. Its Hustler commercial mower line has also attracted customers to the new store. 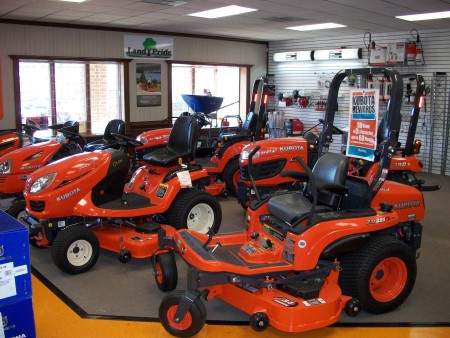 Attachment sales have also been higher than expected, both as stand-alone and tractor package deals. Other attachment manufacturers have approached Land & Coates about carrying its lines, but they have so far declined in favor learning more about their market's specific needs. Tillage and hay tools are being considered, however, to take advantage of county's corn and soybean growers and equine owners.

The new store has also grown in terms of service capacity. An additional mechanic has been added to the staff to help with increasing service business.

The Land & Coates team says their success is based on this model. "The plan is to have the equipment available and the service," says Coleman.