By Lynn Marcinkowski Woolf posted on May 18, 2015 | Posted in Product Innovations

Kubota Tractor Corp. recently announced the move of its corporate headquarters from Torrance, Calif. — a base it has held since Kubota’s early days in the U.S. — to Grapevine, Texas.

Kubota Tractor Corp. was officially established in 1972 and back then, many Japanese companies that opened U.S. operations set up headquarters in California for ease of conducting overseas business with Japan, says Todd Stucke, vice president of Kubota Tractor’s ag and turf division.

Today, he says the company’s growth is tied to being closer to its dealers, growing customer base, and manufacturing and distribution operations in Georgia and Kansas. The company has a new parts distribution center under construction in Edgerton, Kan., and expanded on its manufacturing facility in Jefferson, Ga., in 2013. The new headquarters is expected to open by early 2017.

“When we look at our dealer locations and our growth strategy, it’s fairly focused in the northern and central regions of the country north central region,” Stucke says. “We’ve moved closer to our dealers and to our customers. Whether it’s a new product opportunity or anything we do, when you’re closer to the market, it’s easier to react quickly. Timing is everything these days.”

The central U.S. also is closer to key partners, such as Land Pride, he says. The move is also part of a strategic initiative to increase operational efficiencies and improve collaboration among departments.

“As a leader in the Kubota organization, I try to instill in my people every day the idea of collaboration — collaboration among cross-functional groups. The ideas and solutions generated are generally better than when groups operate in silos,” Stucke says. “For example, if the product marketing team is leading an initiative, then we can pull in parts, service, engineering, marketing, product resources and distribution and look at the best ways to approach the opportunity. You look at something holistically, as opposed to through just one lens. By having people in one location, it’s easier for these cross functional teams to do that. There’s nothing like being together in one room.” 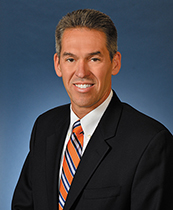 Todd Stucke is vice president of Sales, Marketing and Product Support at Kubota

The new Grapevine headquarters staff will be made up of Kubota corporate office employees currently located in Torrance, Kubota Credit Corp. staff in Fort Worth, and technical service center and Kubota University employees in Kubota’s southeast division office.

The four divisional offices in Lodi, Calif.; Fort Worth, Texas; Suwanee, Ga.; and Groveport, Ohio will remain and continue to be the main point of contact with dealers.

“We have begun to work on a transition strategy. What we are not going to do is take our eye off the ball with our current business because of the headquarters move.”

Kubota's Acquisition of Great Plains and its Dealer Strategy

GIE+Expo: A Chance to Act Like a Customer & a Dealer