What Rural Lifestylers Want From You: Electrifying the Hunt

Chip Davis, a hunter and farmer from Mississippi, is loyal to an equipment brand because of its environmental qualities and to a dealer he can count on.

Chip Davis (left) prefers an electric utility vehicle when hunting because it is quiet and has minimal impact on the environment. He often hunts with his wife, Marla, and sons Bailey and John Hiram. Photo Courtesy of Bailey Davis

Chip Davis farms 3,500 acres of cotton, corn, soybeans, wheat and milo in Mississippi. His working hours may be spent on a tractor or in a combine, but his free time is spent in the woods with his family, hunting deer and turkey or trapping coyotes.

He relies on his experience, his bow and arrow and his electric utility vehicle for successful hunts.

Davis has hunted since he was young and has traveled throughout the U.S. hunting deer and turkeys. He has led hunting trips on his property and also supports the Catch-a-Dream Foundation, hosting children with life-threatening illnesses on his farm for hunting and fishing trips.

Over the years, Davis has used ATVs or traditional side-by-side utility vehicles to get closer to hunting areas than he can with a pickup and also for hauling game back to his truck. He says that most vehicles have this drawback: “ATVs and most side-by-sides are all gasoline-powered vehicles. The sound is an issue when using them for hunting and the longer effect is the emissions,” says Davis. “Coyotes are amazing animals, especially because of their olfactory senses. They have the best noses in the woods. If you use any petroleum-powered vehicles, they know you’ve been there.”

Priorities: Reliable, durable equipment that has minimal impact on the environment

To avoid the issue of noise and smells, Davis researched Bad Boy Buggies and its electric vehicle. “One of the initial things I looked at was the vehicles were made in Mississippi, about 150 miles away, so it was somewhat local. There have been other brands that were first to market, but many of them were doing conversions to golf carts by adding lift kits or bigger tires. The company seemed more devoted to what I was looking for — longevity and taking care of the customer,” Davis says.

In addition to hunting, Davis also uses his vehicle for gathering soil samples. “I plug in my GPS and drive to a specific location in the field and pull that soil sample each time at that location to better monitor my fertilization program,” he says.

Staying with a Brand

Davis bought his first Bad Boy in 2001 and says the vehicles had advantages over other manufacturers, but weren’t without their issues. “With the newer vehicles, there has been a huge improvement in the brakes. Bad Boy Buggies had been notorious for having brake issues. The company is quick to fix issues like the turning radius. Before, they almost needed to sell you 10 acres, too, so you could turn around. Now, they turn really sharp,” he says.

Davis does minimal maintenance on the vehicles, with the main concern being keeping them fully charged, so they’re ready when he needs them. He now purchases all of his UTVs from Mike Campbell of Grenada Bad Boys, Grenada, Miss., trading in models every 11 months. “We found that if we traded each year we could get the new model and didn’t have to worry about long-term repairs. I like the idea of keeping it under warranty. Mike expects that I’ll trade them in and he usually has a buyer lined up. He knows that I take care of my equipment and there’s a little warranty left if something major does come up for the new buyer. It’s a win-win between me and the dealer,” he says.

Relying on the Dealer 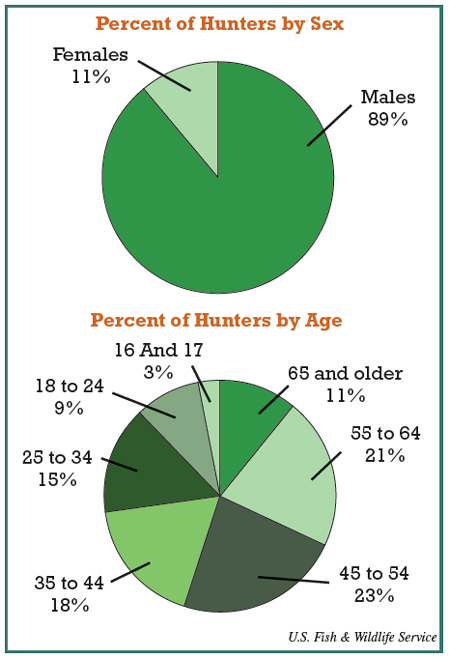 Davis says he has known Campbell of Grenada Bad Boys for many years, but that’s not the main reason he purchases equipment from his dealership. “I wish the dealers I work with on my big tractors, vehicles and other equipment were more like Mike. I work with a lot of dealers in a lot of situations and Mike is one of the ultimate dealers. His commitment to his product really sets him apart from other dealers and he knows his product better. He would do whatever is in his power to make something work, even more than what some of the dealers for my high dollar equipment do. That really impresses me,” he says.

The dealership is located along the route of his farm properties, so Davis often checks out the inventory when he’s driving by or stops in to check on the arrival of new models. When he does have a mechanical issue, he says Campbell addresses it quickly. “Mike is always super quick to get my vehicle in and out and he’s like that with everybody. Sometimes, it’s not an immediate fix, but I never feel like I’m being pushed to the back of the line. There’s a feeling that Mike Campbell is indebted to you because of your business,” Davis says. 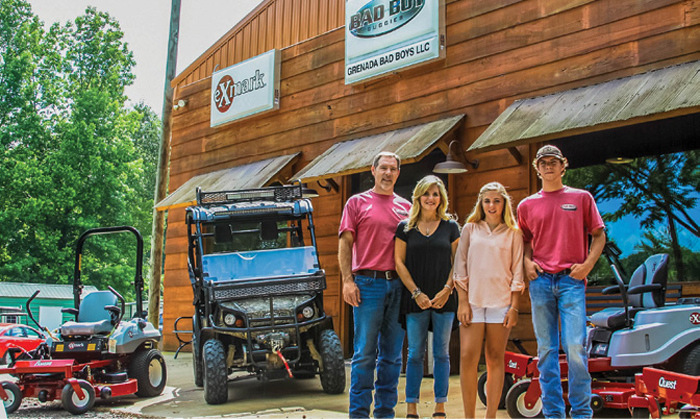 Mike Campbell opened Grenada Bad Boys, Grenada, Miss., in 2009. Originally, he intended to be open in the winter when he wasn’t operating his logging business, but soon became a full-time dealership. Pictured from left to right is Mike Campbell, his wife, Samantha, daughter Abby Grace and son Gibson. The Campbells also have another daughter Miranda and another son Mike.

Davis says he uses equipment from a variety of manufacturers for his farming operation. “I have red, yellow and green equipment. I’m much more interested in functionality over price. The value the equipment brings is way more important to me than how much it costs,” he says. 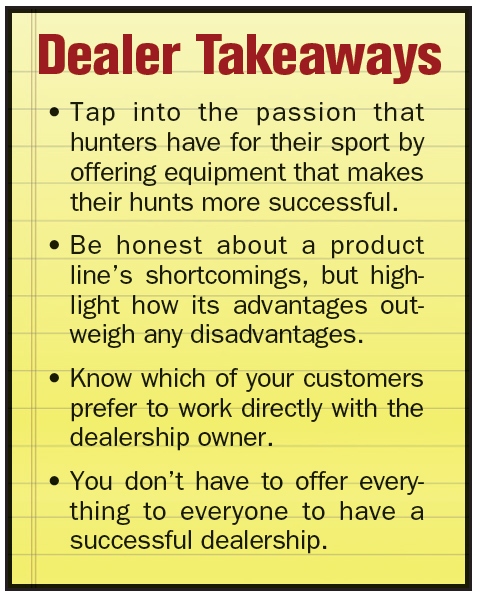 The trend toward consolidation of ag equipment dealers concerns him. “It’s a huge plus for me to be able to work with the owner of a dealership. I miss the ‘mom and pop’ dealerships of the ‘70s and ‘80s,” Davis says.

Campbell, owner of Grenada Bad Boys, started selling Bad Boy Buggies in 2009 as a way to earn money in the winter when his logging business was slow. “I was trying to diversify a little bit. It started off strictly as a winter business during the hunting season. If I sold 10 or 15 a year, I thought it would give me something to do and I could pay for vacations with the family. That was all the expectation I had. The first year I sold 20. The next year, I sold 30 and this past year I sold more than 70. I’ve now added other lines and it’s become a year-round business,” Campbell says. He recently added the Exmark and Aluma trailer lines.

Campbell says location, dedication to customers and a focused approach to equipment lines has helped his business grow. “There are some really big hunting camps close to me. People from Memphis and Jackson, Miss., and surrounding areas come to the camps and drive right past my store,” he says. Campbell also can relate to his hunting customers.

“I was born and raised on our 1,000-acre farm. When I would get out of school, I would grab my gun and not come back until dark. I have been managing deer on my family farm for a long time. Once I got a Bad Boy, I saw the difference it made for me,” he says.

Farmers are another big customer base. “The Mississippi Delta is known for huge farms — 2,000-20,000 acres. I also sell to farm-related businesses, such as chemical companies,” he says.

Campbell says he bought one of the early vehicles about the time that Chip Davis did. “I knew Chip when he had one of the original Buggies. They worked, but they left a little something to be desired and Chip started bringing his to me for service. I’ve learned from my logging and heavy equipment business that it’s the service after the sale that’s important. You can sell anything, but if you don’t service it, you won’t be around for long,” Campbell says. “Service is how I set myself apart from other dealers. I go the extra mile in every situation, even meeting people on Sundays. People don’t always service these units the best — they just want them to work. They don’t want to be at a hunting camp for 3 days and not have their vehicle. If I don’t have a part on the shelf, I’ll pull it off a new one.” 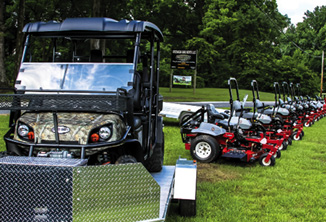 Grenada Bad Boys carries Exmark mowers and Aluma trailers in addition to its main line of Bad Boy Buggies. Exmark is a popular line in the area and many customers purchase trailers with the utility vehicles.

He also credits the extra effort of his mechanic, Josh Mullins. Campbell’s sons, Mike and Gibson, are learning from Mullins, which frees Campbell up to do more sales.

Campbell had the opportunity to add the Exmark line last year. “I just added what I thought was the best product available and what the market calls for. Ninety percent of the commercial customers in this area have Exmark. I didn’t see any reason to re-invent the wheel. I’m already selling double the mowers that I thought I would sell,” he says.

Campbell had been carrying a locally-made line of trailers, but the company recently went out of business. He researched manufacturers and liked the quality of the Aluma trailers, along with its 5-year warranty. “It filled in the gap for me. The trailers look sharp and when they’re lined up along the highway, they really turn heads,” Campbell says. He often sells trailers packaged with a Bad Boy Buggies vehicle.

He recently added a new showroom to the front of his dealership and he may consider adding other lines if they fit his philosophy.

“I’m not scared of growth. I’m smart enough to understand that if I don’t grow, I’ll be left behind. Manufacturers have approached me about taking on a tractor line, but then I would need to add a diesel mechanic,” Campbell says. “If something fits my business, I’m open to it, but I’m only going to sell quality units.”

What Rural Lifestylers Want From You: Leading the Way

What Rural Lifestylers Want From You: Preserving the Prairie

What Rural Lifestylers Want From You: Be the Best