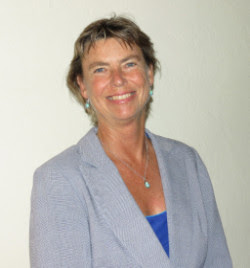 Established in 1966, the Irrigation Assn. Industry Achievement Award recognizes employees or retirees from the irrigation industry that have demonstrated outstanding contributions to the advancement of the industry and its products and programs.

In her 35 years in the industry, Bisconer has established herself as a leader in helping agricultural growers improve profitability and sustainability through improved water and resource use efficiency, in addition to serving as an advocate for more efficient irrigation at both the state and national level. Bisconer’s recent achievements include:

“It is an honor to have my efforts recognized by such an important industry membership association like the Irrigation Assn.,” says Bisconer. “Toro’s steadfast support has enabled me to broaden education and outreach efforts, which will ultimately affect change toward improved water use efficiency in local and global agriculture.”

Bisconer will be formally presented with the Industry Achievement Award at the Irrigation Association Show and Conference that will be held in Las Vegas, Nev., in December 2016.

Industry News - Toro Co. Profits Increase in 3Q by 69% on Demand for Irrigation and Landscaping Equipment