The following story is an excerpt from the 2017 Business Trends & Outlook Report. Click here to read the complete story in Rural Lifestyle 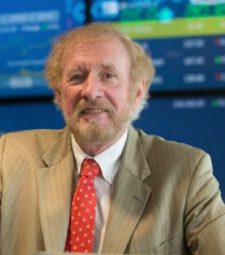 A new presidential administration in the U.S. means changing policies. Which of these new policies could help or hurt your dealership? Ernie Goss, Ph.D., MacAllister Chair and professor of economics at Creighton University, shares his thoughts on policy changes and the overall economy.

“There are several policy changes that are very likely and one of them is on the fiscal side. There is going to be a cut in corporate tax rates on repatriated earnings, or earnings of U.S. firms held abroad. What does that mean to rural America? The conversion of these foreign earnings to U.S. dollars will mean the value of the dollar will be increasing and that will tend to put downward the pressure on ag commodity prices. That will be a strain on dealers that sell to farmers,” Goss says. Those weak commodity prices will continue to spill over to the broader economy. However, he says the outlook for rural lifestyle equipment dealers looks reasonably good based on other factors, including job growth.

Another area to watch is interest rates. Goss expects short-term interest rates to rise 0.5% in the first half of 2017. He says small businesses that are considering borrowing may want to do that now rather than waiting.

Long-term interest rates (such as for mortgages) are more difficult to forecast. However any increases would affect residential, commercial and industrial building. Related industries, such as landscape contractors, would then be affected as well.

“On the flip side, it’s likely the new administration is going to do something about infrastructure spending as early as the first half of 2017. That would have spillover impact on related industries,” Goss says.

Paying for those infrastructure improvements could come from reducing tax deductions as opposed to increasing tax rates, although which deductions will be targeted are still unknown. However, Goss expects the Section 179 Deduction for equipment to remain.