Hoffmann is based at the Goldsboro, N.C., location, near the Neuse River. Flood stage for the river is 18 feet and when we talked with Hoffmann on Tuesday, Sept. 18, the river had reached 27 feet with record height being 29.7 inches. We learned the building had flooded after our conversation, but he expected little to no damage. In the following Q&A, Hoffman shares how they protected their facility and inventory, while still serving customers who need them.

John Hoffmann: Every time a hurricane comes up, everybody's ears perk up. We started watching forecasts right after Labor Day because there was indications for a hurricane or tropical storm. On Friday, Sept. 7, I met with my staff in Goldsboro and talked with our President Steve Evans in Atlanta. He sent out an “all hands on deck” email for our staff. All of the staff pulled together for this and brought some additional people out of our other stores.

We moved our smaller equipment, such as zero-turn mowers and compact tractors, to a large warehouse a quarter mile away. That company had already offered to give our small stuff a refuge during the storm. We made arrangements with the county fair staff and drove larger equipment to the fair property, which is about 3 miles away. The equipment was all moved into the grandstand area, which is able to be locked up.

We started bringing in sand and plastic to block the doors and seal any openings. We took out all the office furniture and supplies and moved them to semi-trailers that we had brought in. We also moved parts, special tooling, equipment, etc. from the service shop.

We also had to take a look at any customer units that were in the shop, finish up what we could and make arrangements for delivery or pickup. There were a few items and large tractors that were split for some engine work that we were able to lift and block up to keep them from getting water damage. Anything outside that wasn't tied down, we made sure that it was. All the external oil, waste containers, etc., those were all emptied. 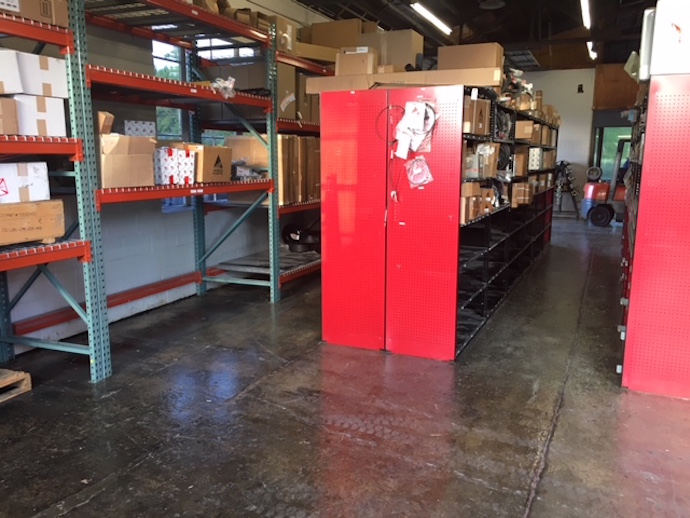 Equipment was moved to a nearby warehouse and county fairgrounds and parts and supplies were moved up from the ground, to a second story or to semi-trailers that were brought in for storage.

We also had to make plans to shut off the electricity, but we didn’t want to do that too soon because we wanted to keep our security system up until the last minute.

That all started on Monday, which would have been the 10th. The storm was supposed to really hit ground between Wednesday and Thursday, so by mid-afternoon Wednesday, we were mostly done with everything we had planned to do.

We received between 24 and 30 inches of rain near the Goldsboro area. It wasn't a surprise. That's one thing about a hurricane, you've got days and days to plan and then it's just a matter of waiting to see how high the water is going to get.

Hoffmann: Most of the parts were put on pallets, so we used a forklift to move them to the second floor or we moved them into the trailers. For the retail merchandise, we shrunk wrapped the displays. Most of them are on wheels so we moved them to trailers or we used the forklifts to move them.

We're on our company network, so all of our files are backed up anyway. From a personal standpoint, we made sure that everybody had USB sticks to back up any personal data. We unloaded all of the files out of the desks and put them on pallets and moved those pallets to the second story as well.

RLD: You're doing all of this preparations and you still have customers coming in. How did you handle that?

Hoffmann: We were able to stay pretty much in full business right up through Wednesday. There were times when a customer would come in and we'd have to climb up in a truck and dig for the part that they needed, but it wasn't difficult. 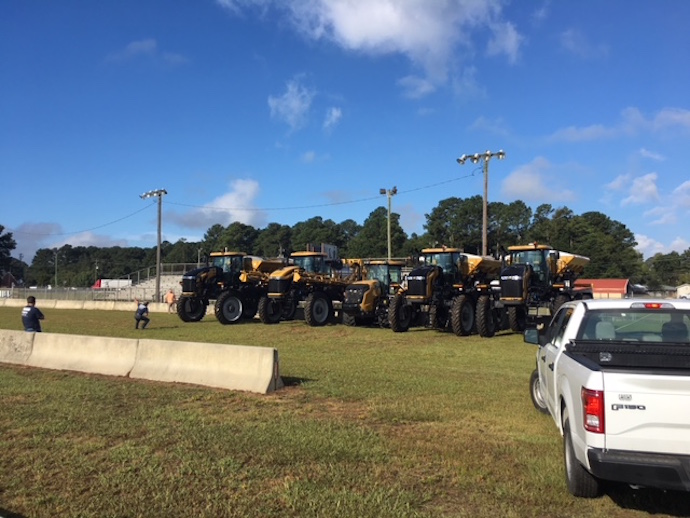 Before we closed on Wednesday, we switched our phone system over to our corporate office in Tipton, Ga., so our customers were still able to reach someone from the dealership. After the storm ends and the water recedes, we do a reverse order of how we moved things out. All of the desks, parts bins, etc. are labeled so moved them back to their original space.

RLD: Were you communicating with customers throughout the event?

RLD: What kind of repairs do you think you will be facing to the dealership?

Hoffmann: Our dealership is a block building and any drywall was taken out after the last storm. We will have to do some clean-up, but we expect very little damage.

RLD: Learning from the last storm, what do you expect to see come in for repairs?

Hoffmann: I don't expect a lot of repairs because of storm damage. Folks in North Carolina are resilient, especially in the eastern part of the state, storms are fairly common. Most people are going to prepare and keep their equipment from getting damaged.

RLD: For any insurance claims that you do have, is there anything in particular that you keep in mind?

Hoffmann: You need the right insurance in the first place and then everything needs to be very well documented. We took pictures of everything. I highly recommend that dealers talk to their insurance company about what is needed.

Hoffmann: It was really our people that made the process work. You need the right people at the store with the right attitude, with the right desire to work together. Everybody's key all the way from the newest technician to the oldest salesperson.

See How Suchomski Equipment Gets More from Used Equipment Sales