Dealers comment on recent Mahindra programs they feel led to fast growth, but were detrimental to the dealer base. 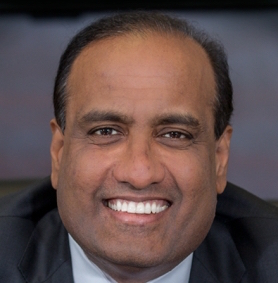 Mani Iyer recently resigned as Mahindra’s president and CEO, a position he has held since 2009.

Today, Viren Popli was named president and CEO of Mahindra USA, replacing Mani Iyer who had held the position since 2009. A statement from Rajesh Jejurikar, president of the Farm Equipment Sector of Mahindra & Mahindra Limited and board member of Mahindra USA, referenced the growth of the brand under Iyer. That growth may have been good for the brand, but it may have come at the expense of dealer relations.

Rural Lifestyle Dealer’s analysis of the 2018 Equipment Dealers Assn.’s Dealer-Manufacturer Relations Survey shows that from 2015-2018, Mahindra has seen the largest decrease in mean score among the manufacturers measured, at 14.03%.

A dealer says that Mahindra’s recent focus has been to gain market share by signing up dealers as opposed to focusing on retail sales. He says there seemed to be no standards for new dealer development. For instance, new dealers were often in close proximity to existing dealers and many didn’t have the kind of facilities and service departments that existing dealers have to maintain.

In a recent Rural Lifestyle Dealer interview regarding another program that was concerning dealers, the automatic inventory replenishment program, Iyer said, “When you have massive growth and want to take the next leap, you always have to have the perspective to look back.” He says improvements have been made recently in terms of parts support and availability. Resources have also been added in the last year across many of the company’s functions. 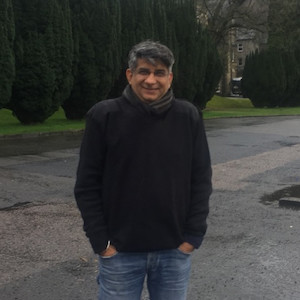 One dealer says the issues go back to Iyer’s goal announced at a national dealer meeting several years go to roughly double the revenue of Mahindra and make it a $1 billion company in a few short years. He shares these comments: “Invoicing to dealers became the driving force, as opposed to retails and dealer satisfaction. When invoicing was slow, more product was pushed on dealers' lots and new dealers were set up. Retails went up steadily, but not at the same pace as invoicing.

“Iyer is a very skilled manager and very driven. He met or exceeded his rather lofty goals for many years, but it came at the cost of dealer satisfaction and borrowed against the future. Even so, the company is far better off now than when Iyer took over. Growth has been phenomenal. Mani had great vision for product development.

“It is time for a reset, and that is often best done by new management. Fortunately, this reset will come at a time of solid tractor sales and during a good economy.”

Iyer joined Mahindra North America in 1998 where he rose from head of product development to vice president of sales prior to being selected as president in 2009. Iyer’s resignation follows the recent reassignment of Cleo Franklin, former vice president of marketing, to the role of special projects and business development support in Mexico and Brazil.

Popli has been with the Mahindra Group since 2009. Most recently, Popli served as the chief operating officer for the Swaraj Tractor Division in Farm Equipment Sector of Mahindra & Mahindra Limited. Prior to that, he was chief of operations of Mahindra Two Wheelers Limited.

More on the Leadership Changes at Mahindra: