BEATRICE, Neb. — Exmark recently announced the upcoming retirement of its vice president and leader, Judy Altmaier, on January 4, 2019. Daryn Walters, director of marketing, has been promoted to the role of general manager for Exmark. 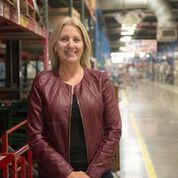 Altmaier has been with The Toro Co., the parent company of Exmark, since October 2009. After nearly 4 years in operations at Toro, Altmaier returned to her native Nebraska to take over the leadership role at Exmark in July 2013.

“From her steadfast focus on developing innovative products that help our customers enhance their productivity, to expanding and strengthening channel partnerships, Judy has been a strong leader and role model for Exmark.

“The reputation and credibility Exmark has enjoyed under her leadership has allowed the company to attract great talent and provide developmental and growth opportunities for our existing employees. Recently, Judy provided key strategic leadership experience during Toro’s acquisition of L.T. Rich, including key transaction and integration expertise,” Olson added.

Prior to joining Toro, Altmaier had a successful and extensive career of more than 25 years with Eaton Corporation. Her service with Eaton began in 1983 as an accountant. Over the years, Altmaier held many positions of increasing responsibility, including vice president and general manager of the company’s global engine valve division in Turin, Italy, and vice president for Eaton’s Auto Group Americas.

Altmaier said she’s looking forward to spending additional time with her husband, David, and their children and grandchildren.

“I’ve had incredible experiences in my time with Toro and Exmark. I plan to serve on a corporate board and do work with some non-profits. I am also looking forward to having the time to travel and enjoy time with our family.”

Walters will move into the general manager role at Exmark on November 1, 2018. Previously the company’s director of marketing, Walters has been with the company since 2006. 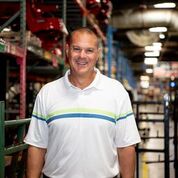 Olson said Walters has been a key member of the Exmark leadership team. “During his tenure, among other things, Daryn helped realign the marketing organization to drive greater focus on brand proliferation and marketing strategies. These have enabled Exmark to achieve and maintain a market leading position in the landscape contractor segment. He has also led annual strategic planning activities for several years, and works across the enterprise to create alignment with other Toro business units,” Olson added.

Walters began his career in the operations division at North Carolina National Bank (NCNB) in Charlotte, N.C. He went on to become a co-founder and vice president of marketing for XML Solutions, an international supply chain management company that was acquired by Vitria Technology in Sunnyvale, Calif.

He holds a bachelor’s degree from Florida State University and is currently in the process of completing his MBA from the University of Wisconsin.