BigDog Mower Co., a brand of Excel Industries, celebrates its 10th anniversary this year. Its timeline includes a launch, stagnation and an evolution to its current status as a premium-plus zero-turn mower brand carried by nearly 500 dealers in the U.S.

Excel Industries has offered its Hustler Turf zero-turn mowers since 1964, but Chad Lane, vice president of strategic marketing and business development, says the company was looking for expansion a decade ago, beyond what Hustler Turf could offer because of established dealer territories. 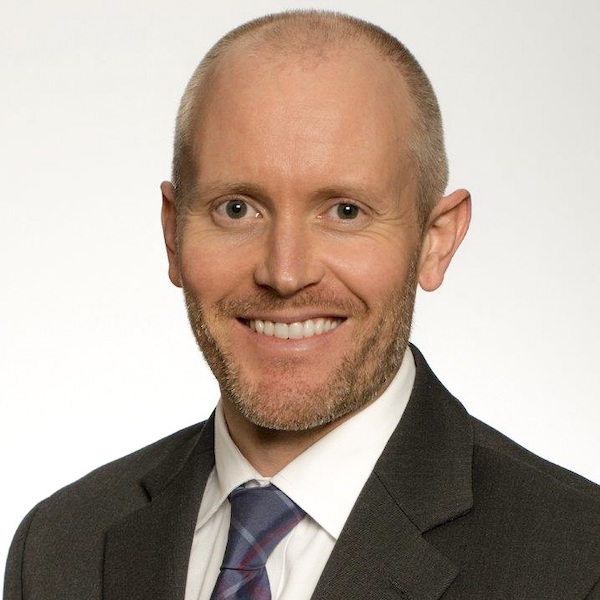 “We started looking at our key competitors and it was clear that they were able to work with more dealers because they offered more than one brand. We did look at some acquisitions, but we knew that we were already very good at this business. We felt it was a better option for us to grow a new brand organically,” Lane says.

He says there’s a perception in the industry that the barrier to entry in the zero-turn mower market is not very high — which isn’t true. “It may not be that hard to make a zero-turn mower, but to make a really good zero-turn and to develop a dealer network and support the brand and the customers — those are the things that are hard,” he says.

Today, BigDog has positioned itself as a premium-plus brand, but the mower was originally launched as an economical alternative to Hustler Turf —a strategy that caused the brand to falter during its first 4 years or so.

“We wanted to target customers who were more cost-conscious and who were looking for a no-nonsense, straightforward type of mower,” Lane says.

Affordability was built into the mowers through fewer features and less comfort options, while still using similar quality of components as the Hustler line. They offered a limited number of models initially because they wanted to give the brand time to grow.

Lane says they were happy with the launch, but sales declined in the next year or so and then hit a flat line trend. Meanwhile, they were struggling to build the dealer network.

Georgia Lawn Equipment has been selling BigDog mowers for about 6 years. Warren Mobley, owner and president, says they’ve built up awareness now to the point of customers coming in seeking out the line. “What customers get with the BigDog line is a lot more ‘bang for the buck,’ compared to brands like Toro or Exmark. The seats are more comfortable than other lines. The LED lights are a feature people like and the engine guards offer protection and make the mower look better. The foot-operated deck lift is a big draw,” Mobley says. He promotes mower components, such as the fabricated decks and the Hydro-Gear drives, and the 7-year warranty. The red color also appeals to the area’s Georgia Bulldogs fans.

“The only issue I’ve had with the line is that people didn’t know about them. When we first took on the line, our sales were minuscule and it has now grown into a leading brand for us,” Mobley says.

The Heroes promotion, the discount for military and first responders, has helped sales, along with the new branding.

“Everybody loves dogs. A lot of customers bring their dogs into the shop. One customer’s dog hopped up on to a BigDog mower. That was an instant sale,” Mobley says.

Lane says they followed the “play book” for Hustler, which was able to grow from a niche player to a market leader. “In a very short time for Hustler, we had experienced several years of 30% growth, plus similar growth in the dealer network. We thought we could translate that experience into building BigDog, but it was more challenging than we initially thought it would be,” Lane says. The BigDog line faced numerous challenges related to its brand strategy and the fact that new or expanded zero-turn mower lines were being introduced year after year. “

There wasn’t a compelling reason for why dealers should start selling the brand when they had so many other options available to them and the same thing for consumers to buy the mower,” Lane says.

He also says the brand image did not resonate with consumers. “We tried to support our product positioning with the more aggressive characteristics of a dog — a snarling unleashed dog roaming the neighborhood,” Lane said.

Regrouping on the Brand

By about 2013, it was time to regroup. Dealers were having trouble selling the product, which lacked identity and product differentiators. They also wanted more models and more features. Lane says they could have chosen to scrap the line altogether and focus on the flagship Hustler line. “We still felt that developing a second brand was valid and there was still a tremendous amount of potential despite our struggles,” he says.

“We had 50 years of making zero-turn mowers, so we knew we did a great job with driving performance and mowing performance. We really tried to focus on the first two qualities of appearance and comfort,” Lane says. 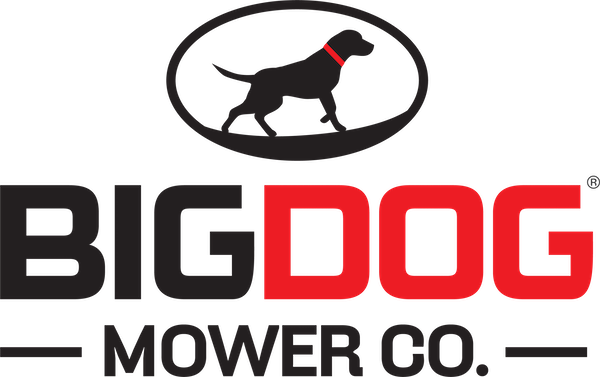 The original branding for BigDog Mower Co. used a more aggressive theme. The new branding focuses on the more positive attributes of dogs.

“We had built in comfort and a great appearance and now had a premium-plus product. What else would customers expect from us — a really great warranty so they could have confidence in buying a BigDog,” Lane says. In keeping with the dog-themed brand, they offered a 7-year limited warranty to match the idea of 1 human year equaling 7 dog years.

Beyond those improvements, the mower’s image was revamped to showcase the positive attributes of a dog to better connect with customers. The logo was redesigned from the snarling dog to represent an American Labrador. The company also incorporated additional images of dogs in its marketing material. They changed the names of models from using a letter and a series of numbers to names like the Alpha, Stout and Hike, which is a command used for sled dogs. It means “get moving.”

“To support the premium-plus positioning we also made a subtle change. We were initially BigDog Mowers and we changed to BigDog Mower Co. to give the company a more traditional and enduring feel. All these elements came together to make a great brand,” Lane says.

They supported the new image with special programs, including the BigDog Heroes program, which offers a discount for members of the military and first responders. Lane says the program is about returning loyalty to those who serve and protect. They also developed the BigDog Best Friends non-profit organization, which brings awareness to dog rescues. An initiative is to run a photo contest where people submit photos of the dog they love. The monthly winner receives a gift card to a local pet store and a donation is given to a local dog rescue organization of their choice.

Lane says the competitive zero-turn mower market is at a stage of “declining heterogeneity,” meaning it’s getting more difficult for one brand to stand out from the next.

“That’s where our long history as a product innovator is really helping us. Whether we’re introducing incremental or game-changing ideas, we need to continue to look for those innovations that differentiate the product. That’s also where marketing comes in.

“Which brand are they connecting with? Sometimes, it comes down to which dealer a customer thinks is going to provide the best service and support or the one they like doing business with. That’s why we want to make sure that we're doing a great job of branding and working with the dealers that do a great job of representing our brand and taking care of our customers,” Lane says.