Looking Back with Will Coates, Former Billy Goat President

See the decisions, insight and leadership that helped the turf and debris management manufacturer expand its niche products to a global distribution.

“My dad, Bill, joined the business in 1968 as an assistant general manager and was promoted to general manager about 6 months later. In 1969, he was told to sell the business, and instead of selling it, he acquired it with a friend and a small SBA loan. They bought the business from the parent company, which was called Clipper Mfg., and the rest is history. It's from that very humble start in 1969, when they became independent, that was the genesis of Billy Goat and our 50-year history.” — Will Coates, former president of Billy Goat Industries

Billy Goat Industries is celebrating its 50th anniversary, boasting a portfolio of 11 debris and turf management products (some 90 SKUs) sold in North America and around the world. The company’s success attracted the attention of Briggs & Stratton, which acquired it in 2015.

Will Coates, who served as president of Billy Goat from 1992 until 2018, credits some key decisions related to leadership, company culture, product planning and distribution that helped Billy Goat compete against larger companies.

“Billy Goat was always a niche product — high quality, good reputation, good service and support, but it was never much more than 5% of the dealer’s business. We recognized that we had to earn greater mind share and we had to do things sometimes differently than our competitors,” says Coates.

Coates credits his dad, Bill Coates, who served as president and CEO until 1992, with setting up the company’s trajectory of growth. Under his leadership, the company adopted a 2-step distribution model to reach dealers, pursued international sales and sought out specialty markets. 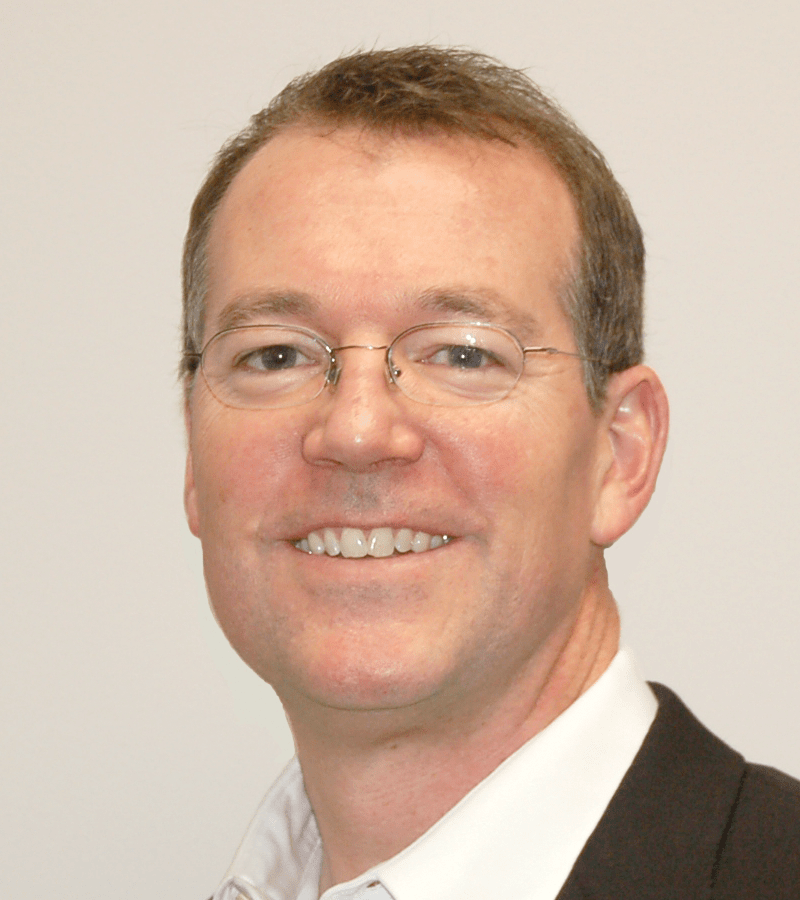 Will Coates is the former president of Billy Goat Industries.

The business at that time was a 50/50 ownership between Bill and his partner, Mort Platt, which led to some conflict. “One of the things I learned early on is never get into a 50/50 business relationship. It makes it very difficult for anybody to have a say in the business, and you can end up at an impasse between the partners and, ultimately, the direction of the business,” says Coates.

The year 1992 was a pivotal point for the company when the Coates family bought out the rest of the business after Platt’s death. Will Coates was finishing his MBA at the University of Texas at the time. He didn’t necessarily have plans to return to the business, but his dad asked him to join the company as vice president of sales. “I made it very clear to him that if I did join the firm, it would be more as an equal than as an employee, so there was a pathway to ownership and equity in the business,” he says.

Eighteen months later, Coates was promoted to president. Even though he didn’t feel ready, Coates took on the position, “My dad had an inherent trust in me and my decision making, and he let me learn without meddling. I could have used some of his expertise and guidance maybe a little more than he gave me, but he let me do it my way and I think that was a pretty valuable lesson for me,” Coates says.

Now, it was Coates’ turn to continue the company’s evolution, with his first changes happening internally. “It was very much an atmosphere of hourly employees versus salary employees, and you could feel it. I wanted to have everybody pulling together and rowing in the same direction. It was going to be difficult if we couldn't come up with a way to communicate that made sense and got people motivated to achieve more than they otherwise would have, just out of the goodness of their heart,” he says.

One change was to sales compensation that had been based on product horsepower, leading to “insane” commissions and complacency, according to Coates. He also had to have tough conversations with senior staff who were not willing to change. “Was I good at hiring and firing? No. That took a fair amount of experience and some stubbed toes to get better at it,” he says.

Billy Goat’s original product was an outdoor vacuum intended first for concrete dust and then marketed for lawn debris. It was not a year-round sales opportunity, so expanding the line was necessary for growth. (See the “Billy Goat Milestones” timeline on page X.)

Walk-behind blowers were added in 1978 and a truck loader/debris loader in 1986. They entered the paving maintenance market in the 1980s with their walk-behind blowers and pavement crack cleaner. Brush cutters were added in 1995, the same year the company added 20,000 square feet to its manufacturing facility. In 2002, they expanded into the turf renovation market with overseeders, power rakes and aerators.

“That really opened the door for us to start thinking differently about the categories that we could compete in and still make a very good gross margins on, but they were specialty products. They had to have a high value add and we always endeavored to differentiate our products from the competition,” Coates says.

The momentum for growth accelerated in 2003 when the team developed a 5-year plan that looked at products, manufacturing capacity and staff competencies. He says the research and development effort for new products started by benchmarking the strengths and weaknesses of a competitor’s products. “My philosophy was that if we couldn’t improve a product, there was no point of entering the category because we couldn’t charge a premium price and we couldn’t deliver a premium product that exceeds our customer's expectations,” he says.

They also focused on “taking the chore out of the chore” by making the equipment easy to operate. The engineers simplified drive systems and moved from mechanical to hydrostatic drives, when possible, as well as what Coates describes as intuitive control packages. “When you build a specialty product and it's used in both the rental and retail environments, the learning curve has to be very short. It needs to be intuitive in its operation, and that's where we began to really win,” he says.

Coates describes himself as a generalist, not a specialist, so he built a team of product, marketing and management experts. “I could really focus on the business and look at it from a higher level, so that we could begin to develop and implement strategic planning,” he says.

He says he gave a “long leash” to those who reported to him, similar to what his dad did for him. However, accountability was measured at the monthly executive leadership meetings where they looked in detail at the company’s performance. Business metrics were also shared monthly with all employees, so they could see their role in those results.

In 2014, Billy Goat acquired the PLUGR line of aerators from SourceOne of Lincoln, Neb. “We wanted to be experts at aeration, and we wanted to get a bigger piece of the market. We thought that it would dovetail nicely into not only the existing aeration range, but also new products in aeration that we were working on,” Coates says.

Now established and succeeding in multiple markets, Billy Goat became a target for Briggs & Stratton, with the acquisition finalizing in 2015. At the time, Coates told Rural Lifestyle Dealer that Briggs offered them development and product testing expertise, [access to] suppliers and new markets, including international markets — and engines.

Coates stayed on for 3 years as president to help with the transition, preserve the culture and keep the momentum going. He retired in 2018. “The good news for me is that the company still remains very profitable. It's grown nicely and acquired a couple more businesses or product lines that have been put under the Billy Goat badge and made available to our customers,” he says.

Here’s his reflection on his career: “Undoubtedly, I’m proud of the successes and humbled by the mistakes made in business, but those contribute to the overall experience. I’ve been blessed to work with fantastic customers and talented employees who carry the Billy Goat badge forward today.”