Per capita consumption of turkey in the United States has declined since 2007-2009, reflecting the impacts of the sluggish domestic economy on demand, and of higher feed and energy costs on domestic production and prices.

For more information on the U.S. turkey sector, visit the Poultry & Eggs topic page on the ERS website. 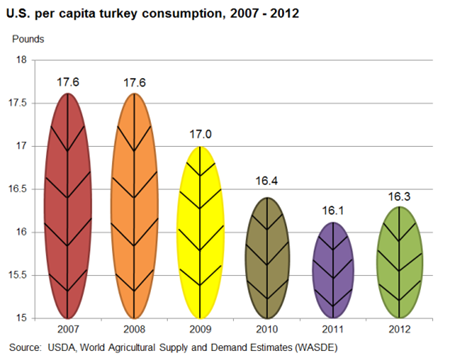 See the ERS Charts of Note

What Does a 5% Increase in Customer Retention Mean for Your Dealership?