Chattanooga Tractor took an expansion risk in 2009 during a time when other dealerships were holding steady or cutting back. That risk redefined the dealership's business model when it became an assembly and distribution center for Mahindra Tractor. Just 4 years later, the dealership, based in Chattanooga, Tenn., is now building a new larger assembly and distribution center, which will open in January 2014.

"This move is premature from what we had planned, I'll admit it. We had planned to run with the initial investment for 5 years and at 4 years, we do still have some residual debt. But with a long-term commitment from Mahindra, I see a lot of success ahead," says Randy Topping, Chattanooga Tractor president.

"Unfortunately, dad was diagnosed with cancer in 1987, so I moved from service department manager to operations manager until his passing in April 1989. I became president at 25 years of age and worked tirelessly to prove I could sustain and grow the business. As far as I know, I remain the youngest dealer principal ever to run a Ford/New Holland dealership," Topping says. 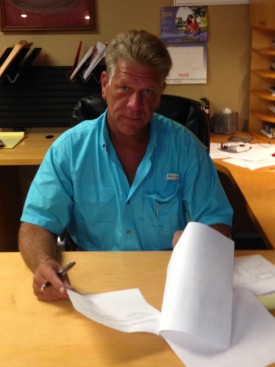 Randy Topping is president of Chattanooga Tractor and owns the Southeast Mahindra Assembly and Distribution Center.

Topping says the construction sector has always been a big part of their business. They thought they would be insulated when the recession hit and the housing market declined.

The company had already been diversifying into the rural lifestyle market and took on the Mahindra line in 2006. "The 'farm-to-table' and 'locally grown' trend has had a resurgence with more artisan farmers and specialty organic farms in our area."

Topping welcomes the trend because he says those customers fit the philosophy of his dealership. "That customer base appeals to our strong points. We have a customer-oriented, 'folksy' approach, with a low-pressure approach to sales. Often times, this is their first tractor purchase and it can be really confusing as the manufacturers are coming out with more models and options. Our staff applies their experience to the education process of buying. Most people we do business with value the strong sense of trust in our staff." 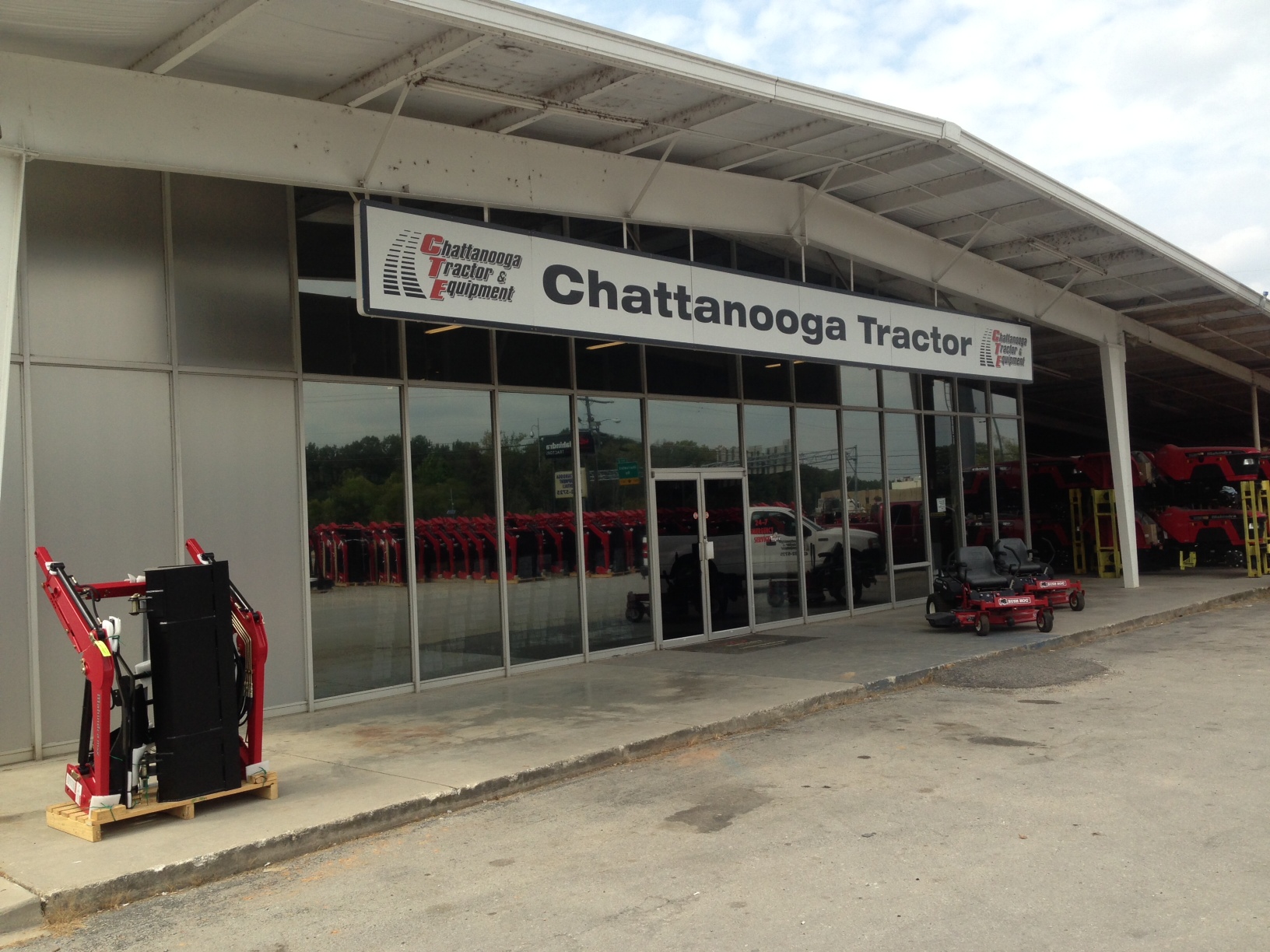 Chattanooga Tractor is building a new assembly and distribution center for Mahindra. It will open early next year.

Despite the diversification, Chattanooga still faced tough times during the recession. "We were underutilizing our facility and our valuable people, who we took great strides to retain throughout the recession. Coupled with the low sales volume, it was getting really, really dicey."

That situation provided opportunity when Mahindra approached them in early 2009 about its new approach to assembly and distribution. "The idea was to minimize overhead on drastically reduced volumes, while taking advantage of synergies provided by underutilized facilities and manpower at the dealership level."

Topping says his dealership appealed to Mahindra because it was large, 20,000 square feet on 6 acres. It was also just 60 miles from the existing assembly and distribution center in Calhoun, Ga., which was being shut down.

"It was a substantial investment for us at a time when it was difficult to borrow money. Credit was tight and banks were being scrutinized. It was quite a feat to get a bank to back the investment," Topping says. He refers to the decision as a "legacy investment" for the third generation, his employees and Mahindra USA. His new venture, the Southeast Mahindra Assembly and Distribution Center, became official in September 2009.

Chattanooga Tractor expanded its facility to 30,000 square feet to accommodate its new assembly and distribution responsibilities. It hired several Mahindra employees who had worked at the Georgia facility and acquired several of its large cranes. Mahindra provided training for its employees who transitioned their duties to the new assembly and distribution center. Mahindra also provided an on-site operations expert. The dealership assumed other investments, including loading facilities, forklifts, specialized equipment and tools.

"When first considering this project my initial response was, 'I've been in the tractor business my whole life and we put tractors together every day.' We quickly learned that what we were doing at the dealership level pales by comparison to what we do as a distributor." 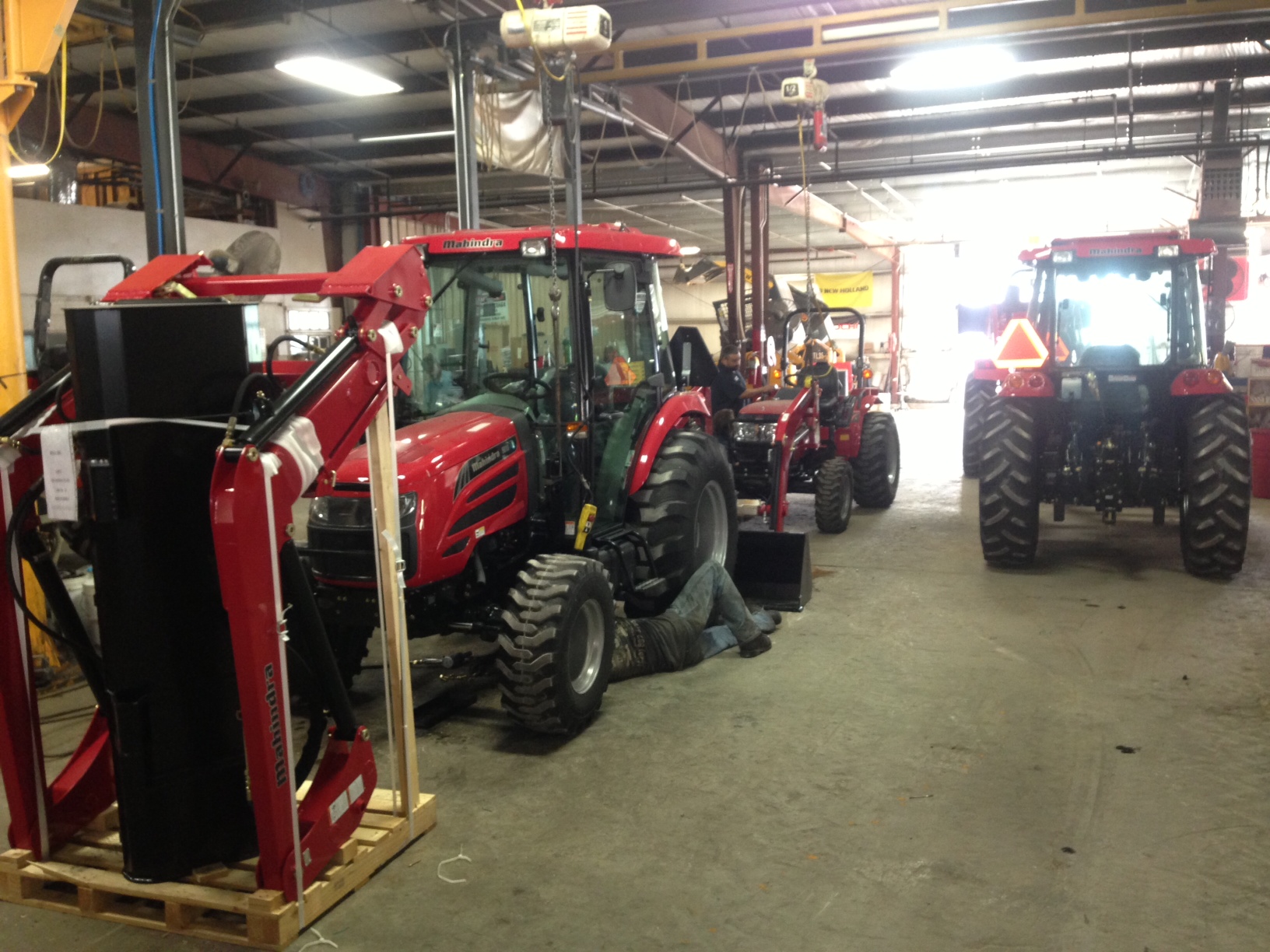 The Southeast Mahindra Assembly and Distribution Center assembles all models of Mahindra tractors from 16-115 horsepower. Topping describes the process:

"The powertrains are crated and shipped to our location, door-to-door packed in sea containers. West coast arrivals are railed from Long Beach, Calif., to Atlanta and then transferred to trucks for the final leg. East coast arrivals are trucked directly from the port in Savannah, Ga.

"We receive completing components, such as tires, batteries, seats and roll bars from domestic sources across the U.S. Most mowers, backhoes and loaders are also domestically sourced."

Production volumes range from 200-700 units per month. The center's distribution office receives dealer orders online and then customizes tractors and bundles loads of 4-5 units for shipment to Mahindra dealers.

"The tractor leaves in ready condition for the customer. They receive the third and final pre-delivery inspection, then get washed and wiped just before departure in fully enclosed 53-foot van trailers. Dealers can essentially unload the tractor and hand the keys to the customer," Topping says. "Our mandate is to ship a product within 10 days of ordering. That's unheard of in this industry. No other manufacturer even comes close. Most competitors ship in 180 days as par for the course. This means dealers can display a representative inventory, as little as 15 tractors, and still operate at a sales volume that turns their inventory 4 to five times per year. Two times dealer inventory turn is industry standard for other manufacturers due in part to longer lead times."

Chattanooga Tractor is now evolving its business model further with its new facility. This planned 45,000 square foot facility will be built in a nearby business park. Topping will move 30 employees to the facility and plans to hire as many as 50 more.

"Now that the market is recovering, my construction equipment inventory is competing for space," he says. "What had been underutilized is starting to become needed to support other retail sales. It's time to separate the operations.

"Demand for the Mahindra product line is rapidly growing in the U.S. and to support the growing market share, this will be a dedicated assembly and distribution facility."

Topping says his role in the distribution process does give him access to Mahindra products that is closer than what dealers typically have with their manufacturers. He says other manufacturers have moved to a corporate structure that makes communication more difficult.

"I've been around long enough to remember when I had 2 contact numbers for a manufacturer. If they couldn't solve my problem, they escalated it and got back to me," he says.

Now, for some manufacturers he has multiple contacts, and often times must work through several layers of bureaucracy to resolve issues. "Don't make me sort through your corporate structure. Just let me call 1 or 2 people who have authority to solve the problem," Topping says.

This separation becomes more apparent when a deal needs to be closed for compact equipment. "When you deal with tractors worth $100,000 or $150,000, that still gets everybody's attention. But when you need assistance on a $10,000 deal, some manufacturers don't get as excited.

"Everyone is focused on volume and market share and on paper that's a fantastic business model," Topping says.

He says Mahindra still values each tractor deal, regardless of size. "They resist the big, corporate mentality, and embrace a 'We don't want to miss this 1-deal mentality.'"

Topping offers this advice for dealers regarding manufacturer relationships:

"My suggestion is that dealers having communication issues with any vendor should use modern technology to their advantage. The beauty of email is that it creates a written document that is easily archived and retrieved. If your primary contact is unresponsive, escalate concern by sending a "cc" up the chain until it reaches someone who will take action. This brings shortcomings to the attention of upper management who expect field personnel to screen and resolve most issues without their direct involvement. Once a dealer establishes this protocol, they tend to get the attention they deserve from the assigned contact. No one likes making their boss do their job for them."