By Jaime Elftman posted on April 20, 2015 | Posted in Best Practices

Dealers say participating in award programs not only brings recognition, but strengthens the bond between the dealer, the manufacturer and customers.

Two power equipment dealerships made it into the quarterfinals of the Independent Small Business of the Year Award, or Indie, in 2014. They were Superior Outdoor Power of Superior, Neb., which carries Stihl, Honda Power Equipment, Grasshopper, Gravely, Ariens and other lines, and Wagoner Power Equipment of Englewood, Ohio, which carries Stihl, Hustler Turf, Red Max, Simplicity, Snapper, Bobcat Turf and others.

Superior Outdoor Power was founded in 1982 in Superior, Neb. The single-store dealership has 12 employees, each with an average of more than 10 years of experience at the dealership. The small, family-owned business recently expanded into a second business, Superior Industries, which manufactures sprayers and other accessories for ATVs and utility vehicles.

Stihl is the dealership’s main line. Arlen Mickelsen, president and co-owner, along with his wife, Valerie, says that Stihl is the manufacturer he trusts the most.

“If all companies ran their manufacturing facilities and sold and distributed the way that Stihl does, you would see the servicing dealer thrive in the U.S.,” he says. “They’ve been the one company that I can look up to and say, ‘They do things right.’ They listen to our complaints and ideas and you can bet they’re going to change. I have a lot of respect for that company.”

Their Stihl distributor nominated the dealership for the Indie award.

Superior Outdoor Power is dedicated to the service of its customers, most of whom are farmers and ranchers. Mickelsen says, “We have some unique things that we do at our dealership with customer service. It took many years for us to understand what our customers are thinking. We get customers from 300 miles away who choose us over the dealer who is just down the block from them because we know how to make the customer feel like he’s at home, no matter how far away he’s come from. 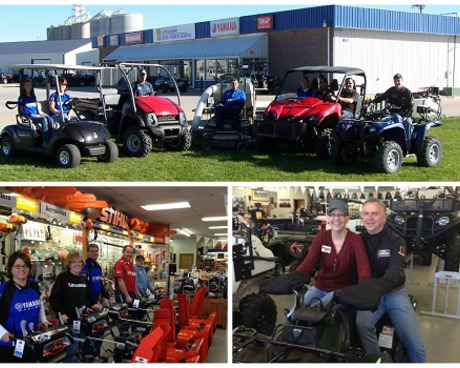 Superior Outdoor Power of Superior, Neb., is a single-store, family owned dealership that promotes customer service above all else.

“That’s what we’ve always tried to do in our business. Customer service is everything. When we see what big companies consider customer service, we think that has got to be the worst way of treating a customer. We’ve seen the way technology has beat up on the customer and we’ve taken advantage of it. We will never have an automated answering machine here at our store. That’s just not going to happen. Service has to be personal,” he says. This system seems to work for the dealership, as they’ve only had two down years since 1982.

“We were extremely busy at the time when we learned we had been nominated for the award, but we still managed to get some little things out on our website and Facebook page asking people to vote if they think we do a good job. We wanted people to be honest,” he says.

Customers also approached Mickelsen at his booths during trade shows to ask about the award and to congratulate him.

Wagoner Power Equipment: Giving Back to the Community

Wagoner Power Equipment is a single-store dealership committed to giving back to its community. They support local sports teams and donate to cancer fund raisers and local schools. 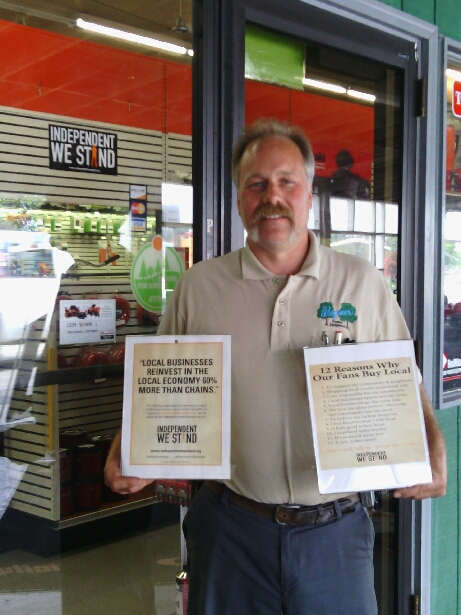 Wagoner Power Equipment of Englewood, Ohio, is a single-store dealership owned and operated by brothers, Quentin and Terry Wagoner. They are committed to giving back to their community by donating their time and resources.

The business was started by Glen Wagoner in 1965 as a commercial mowing and landscaping company. Wagoner Power Equipment evolved over the years and now provides sales and service of outdoor power equipment. Since Glen’s retirement, his two sons, Quentin and Terry, have taken over operation of the dealership.

The dealership nominated itself for the Indie award and Quentin says the process was painless. “We just had to fill out some information about the company and provide some documents.”

Wagoner Power Equipment then began promoting its part in the contest through Facebook and customers quickly responded.

“Our customers responded well to the contest and commented that they’d been voting for us everyday,” Quentin says. “I know a lot of people have a lot going on and a lot to do, and it was cool to see them taking time out of their day to click a button and vote for us. It was a great feeling to see how they were supporting us. I think a lot of it was just getting the word out. A lot of people went back and voted for us a couple of times.”

Since the contest ended, he says the dealership has been taking a more active role in social media than they did previously because of the great customer response.

“We want to try to maintain some of the momentum of interacting with our customers through that channel that we gained using Facebook to promote the contest,” he says.

Quentin recommends taking part in recognition award programs like the Indie award. “Anytime you can promote your local community and get people to buy locally is a good thing,” he says. “It seems like a lot of people are getting tired of the big box stores and programs like this help remind people how important local small businesses are to the community.”

The dealers say that contests like the Independent Small Business of the Year Award help promote the individual dealership and the local community, as well as the industry. Everyone wins, even if you don’t win the contest.

All-Points Personal Transportation of Raleigh, N.C., was named the winner in 2012 and Trio Hardware of Plainview, N.Y., won the award in 2013.

The 2014 Indie award was given to Mike’s Community Cup of SeaTac, Wash., a coffee shop. Jaime Elftman is Assistant Editor for Rural Lifestyle Dealer. A graduate of the University of Wisconsin, she joined Lessiter Publications as an editorial intern in 2014 before joining the staff full-time later that same summer.