Rural lifestyle dealers forecast strong growth in overall and aftermarket revenue as the customer base continues to grow. 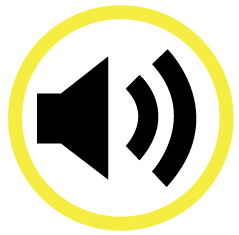 Dealers selling to rural lifestylers think 2016 will be another good year, with significant growth forecast for revenue at a time when the production ag equipment market is experiencing declines by as much as 20% or more.

This is according to Rural Lifestyle Dealer’s 2016 Dealer Business Trends & Outlook survey, the magazine’s ninth annual survey and the only one of its kind in the industry.

The market is diverse and includes small acreage farms, hobby farms, large property owners, landscapers and light construction contractors — and production farmers turn to compact equipment as well. This formula of serving the rural equipment buyer is a profitable one as more than 88% of dealers throughout North America expect total revenues to be as good as or better than last year, according to the survey. That optimism follows the 2015 survey when nearly 84% expected total revenues to be as good as 2014. (Jump to the charts below)

Dealers have good reason to be optimistic as the economy overall is sending good signals. For instance, 2015 started and ended with an unemployment rate of about 5%, according to the Bureau of Labor Statistics. Economists consider that level a fully employed economy. The retail and hospitality sector, professional and business services and health care sectors all experienced job gains. Perhaps there is even good news in statistics about the average hours worked, about 34.5 hours. That leaves plenty of time for rural lifestylers to play and work on their properties.

New home construction, another good indicator for the market, is also positive. Over the last few months, builder confidence as measured in the National Assn. of Home Builders/Wells Fargo Housing Market Index has been near 60 with 50 being neutral. NAHB Chief Economist David Crowe said in the December report, “With job creation, economic growth and growing household formations, we anticipate the housing market to continue to pick up traction as we head into 2016.”

Another potential industry barometer, the Green Industry & Equipment Expo (GIE+Expo), a leading trade show for the industry, saw registrations up 11% in 2015 and the number of exhibitors increased 4%.

Here is a closer look at how dealers are defining optimism in their own stores.

Rural lifestyle dealers are strongly positive about 2016. Nearly 46% of responding dealers expect revenues to increase 2-7%, compared with about 39% who expected similar increases for 2015. More than 13% expect revenues to increase by as much as 8% or more in 2016, compared to 2015 when 8% of dealers expressed that high level of optimism. Nearly 30% are expecting this year to be as good as 2015, compared with 37% in last year’s survey.

There are fewer dealers this year than last year who are pessimistic about sales. About 11% expect revenues to decline 2-8% or more, compared with more than 16% who forecast similar declines for 2015.

Another way to view the numbers is to look at the weighted average scale, where the forecast increasing levels of revenue are compared with the decreasing levels of revenue and the “about the same” responses are not considered. This analysis verifies the upward trend as the weighted average for 2016 overall revenues is 2.4% compared with 1.6% for 2015 overall revenues.

Dealers’ optimism extends to aftermarket revenues as well. More dealers than last year are expecting growth in the 2-7% range for service and parts revenues, nearly 54% for 2016 vs. about 46% for 2015. Those who are most optimistic, expecting growth in the 8% or more range, remained about steady at 9% of dealers. There are slightly more dealers expecting aftermarket declines in 2016. About 9% are expecting aftermarket revenue decreases of 2-7%, compared with about 8% in 2015. (Jump to chart "RL Dealers' Change in Aftermarket Revenues 2016 vs. 2015")

The weighted average, only looking at positive and negative forecasts, again bears out the optimism — 2.6% for 2016 compared with 2.4% for 2015.

One factor contributing to the upward trend is the growing customer base. Sixty-eight percent of dealers say their markets have grown 5-20% in the last 5 years, compared with about 64% for 2015, and 16% report market growth of 20% or more, compared with about 13% last year. Fewer dealers reported a shrinking market, 7.3% compared with 10.4% in the 2015 survey. (Refer to the table "Facts & Figures About 2016 Survey Respondents" for more demographic data about the survey respondents.)

In terms of customer makeup, dealers say the hobby farm segment makes up almost as much of their base as production farms, 26% vs. 27%. Turf and landscape contractors make up about 19% of their customer base while municipalities and parks make up 9% and construction contractors make up 7%. A solid 12% of customers fall outside these categories. (Refer to the chart "Dealership Total Revenue Breakdown by Market Segment — 2016".)

The segment has a good share of established dealers, about 57% have served the rural equipment market for more than 16 years. Nearly 13% of dealerships are newer to the market, selling to rural lifestylers for 1-4 years, and are gaining the experience they need to compete.

Zero-turn mowers also held the top spot in the 2015 survey for growth in the 2-8% or more range. However, dealers are expressing some shifts regarding other top products. Last year, tractors under 40 horsepower, tractors 40-100 horsepower, rotary cutters and utility vehicles made up the top 5.

Zero-turn mowers also topped the list in terms of the category offering the highest level of optimism with nearly 23% of dealers expecting growth of 8% or more.

In looking at optimism for some of the lesser categories on the list, seeders/drills, ATVs, manure spreaders, feed and fencing rounded out the bottom of the product list.

The weighted average perspective — positive vs. negative forecasts — further supports the positive outlook for all of the top 5 products with the most sales potential. For instance, zero-turn mowers and chain saws are up nearly 1% or more on the weighted average scale from last year’s forecast. (Jump to chart "Weighted Average Perspective".)

Dealers feel sales will be about the same or slightly less for those categories on the lower end of the potential list, including seeders/drills, ATVs, manure spreaders, feed and fencing.

Renting equipment is another revenue driver for about 38% of dealers. This is down from the 45% of dealers who said they offered rental in the 2015 survey. Last year was the first year we asked about rental, so we’ll continue to watch for trends.

Products that ranked in the top 5 for rental include skid steer loaders, zero-turn mowers, tillers, tractors under 40 horsepower and tractors 40-100 horsepower. (View the complete list here.)

Last year, tractors in both ranges and skid steer loaders made the top 5 for rental, along with backhoes and post-hole diggers.

Back to Winter 2016 Issue Contents