Dealers specializing in selling compact tractors (under 40 horsepower) had another banner year in 2017 as U.S. and Canadian sales of the small equipment reached all-time highs.

Sales of under 40 horsepower tractors had sunk as low as 90,000 units in 2009 and didn’t surpass the 100,000 mark again until 2012. Since then, annual sales have risen steadily and many industry experts believe they could surpass the 160,000 unit mark in the next year or two. 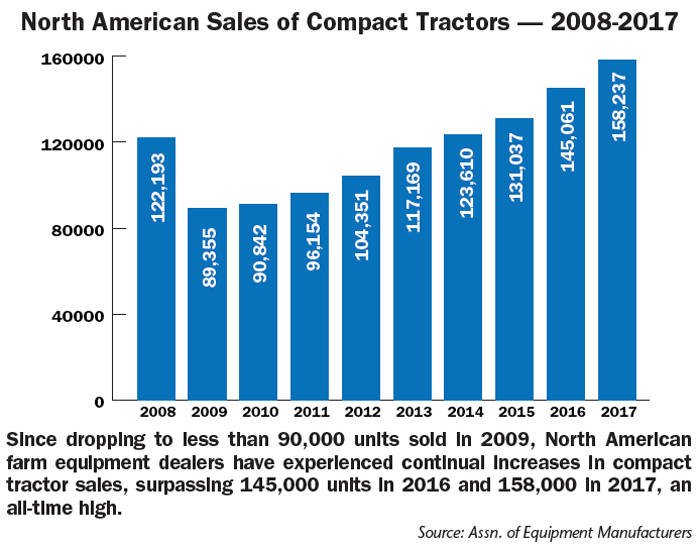