Alamo Group recently announced the acquisition of the Dixie Chopper business from Textron Outdoor Power Equipment, which had abruptly shut down operations last December. Dan Malone, Alamo Group’s executive vice president and CFO, says the company had reached out to Textron soon after the shutdown.

He says Alamo had been looking into the commercial zero-turn market for several years, but says the segment can be difficult to break into outside of making an acquisition. “We were getting calls from dealers, saying ‘Please, please, please buy Dixie.’ And, after the announcement, I got a call from a dealer who wanted to place an order. We’re as enthusiastic about making Dixie Choppers as dealers are in selling them,” Malone says.

One of Alamo’s companies, Bush Hog, already produces zero-turn mowers, but Malone says the brand has mostly grown through its agricultural dealer channel. “Dixie Chopper opens up a broader opportunity to sell through the commercial landscaper channels. One of the unique things about Alamo is that we do have competing brands, so that we can maximize our reach in the market,” he says. Dixie Chopper will remain its own brand and remain as a completely separate business from Bush Hog.

“We leave brands in place because every company we purchase has brand equity. We’re buying that brand equity and the value of the brand. Most of our brands have a loyal following,” he says.

The company is working now to transition equipment from Dixie Chopper’s former manufacturing facility in Fillmore, Ind., to Alamo’s Gibson City, Ill., location (about 150 miles away). That location currently manufactures Rhino Ag equipment and Malone says it has capacity to take on the added production. He says Alamo is hoping some former Dixie Chopper employees might want to return and work for Alamo.

Malone says the company has acquired some Dixie Chopper inventory, but they need to be up and running soon, producing product for the 2020 mowing season. 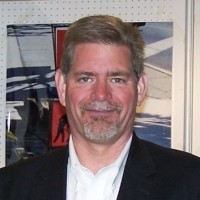 “The existing dealer network will continue to sell the Dixie Chopper line. We have very enthusiastic dealers that love the product and customers that love the product and love the brand. Right now, we’re focusing on the existing dealers, but we will look at expanding the network where we don’t have dealers. We’re starting with where it’s at and building up from there,” he says.

Alamo is looking at adding systems to better support the dealers. “We try to be easy to do business with and we have the financial strength to support our mutual growth,” Malone says.