Home / Blogs / From the Desk of RLD / What Should be Next for the Dixie Chopper Brand?

What Should be Next for the Dixie Chopper Brand?

The zero-turn mower line that started in Art Evans’ barn near Greencastle, Ind., in 1980, grew to a network of 300 dealers, claimed the title of world’s fastest lawn mower, and was purchased by Jacobsen/Textron in 2014, came to an end in early December due to “market pressure and a change in the economic circumstances of the business,” according to a memo to dealers.

The news surprised many. Early speculation on the employee layoffs at the Coatesville, Ind., manufacturing facility was that Textron would build the mowers elsewhere. Dealers were among those caught by surprise as news about production ceasing made its way through the network.

One dealer is still hopeful they will produce the mowers at another one of Textron’s facilities — or the company will sell the brand. “We’ve been a Dixie Chopper dealer for 10 years. We’re staying positive and will keep selling the units we have,” he says.

Another dealer says that Dixie Chopper is the only mower brand they carry. Their sales have been down recently, not related to the mower, but because they serve mostly production farmers, whose incomes have been done down in recent years. Still, he hopes to bring in Dixie Chopper units to fill in the inventory he has on hand.

One loyal customer, Dennis Martineau, reached out to me, hoping the brand would be picked up by another company. He owns the 130-acre Wolf Creek polo ranch and hay operation in Wagener, S.C., and uses the Dixie Chopper Excaliber with a 74-inch deck. He bought his mower from Holley Tractor of Aiken, S.C., and says the line dominates the area.

“There isn’t another product that cuts like the Dixie. I plan on continuing to use my mower until it doesn’t run anymore. If I had to replace, I don’t know what I would replace it with. I think the best possible thing for the product is for another company to pick it up,” Martineau says.

We’re following up with Textron to learn more, knowing that probably most of the details that can be shared have already been shared in the memo.

I’m sure many dealers had high hopes for the line after Textron’s acquisition. The company echoed that optimism, introducing a zero-turn for its Jacobsen line in 2015. David Withers, who served as Jacobsen’s president at the time, told Rural Lifestyle Dealer this in October of 2015, “The acquisition of Dixie Chopper allowed us access to the technology to move into zero turns and we combined that with what Jacobsen has been known for. So we have the quality of mowing from Jacobsen coupled with the underlying technology from Dixie Chopper. We now have speed, power and performance,” he says.

Production has also stopped on the Jacobsen zero-turn mower.

At the time of the acquisition in 2014, Dixie Chopper Chairman Art Evans said this, ““We are excited to join the Jacobsen and Textron family of brands. Our line of zero-turn radius mowers fit perfectly into the Jacobsen portfolio of products and we look forward to working together to serve more customers. The joining of Dixie Chopper and Jacobsen offers an opportunity for Dixie Chopper to reach a larger market and expand brand awareness in the process."

Dixie Chopper’s current state is a big fall from those days. The brand seemed to have all the elements for continued growth — a solid product, dealer network, brand awareness and corporate backing. The company introduced the Falcon HP pro-sumer lineup at the recent GIE+Expo, so research and development was still happening.

It would be even more confusing if another company or group of investors didn’t pick up where Textron left off. That move would need to happen quickly, as momentum can’t be squandered. The market, although seemingly saturated with lineups, is still growing, according to Rural Lifestyle Dealer’s 2019 Dealer Business Trends and Outlook Report. Dealers rank zero-turn mowers first among 26 categories in terms of unit sales potential. Full results of the report will post in January.

What do you think? What should be next for the Dixie Chopper brand? Share your comments below.

Working in his barn near Greencastle, Indiana, Dixie Chopper founder and chairman Art Evans knew there had to be a better way. The result of his efforts becomes the first zero-turn radius lawn mower built for commercial use that would soon revolutionize the lawn and garden industry. 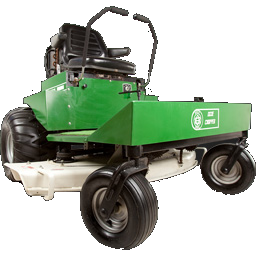 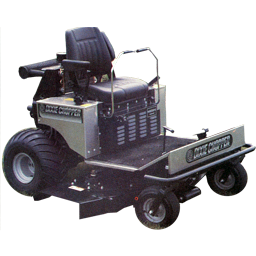 To prove that a stock Dixie Chopper mower can handle a whopping 150 horsepower, Art Evans builds a jet powered lawn mower using a Chinook helicopter engine. The jet mower is made famous by Tim Allen and Bob Vila in a 1993 episode of the TV sitcom Home Improvement. 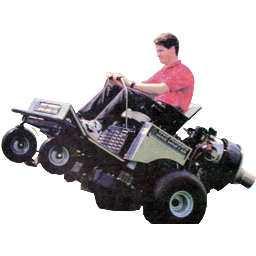 The world’s first Twin Engine Mower, the S‘Burb’n Turb’n is introduced. Dixie Chopper asks: “How fast do I want to ride it today?” 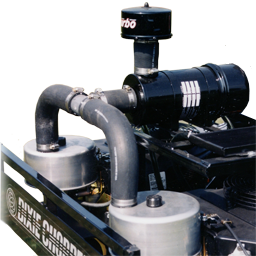 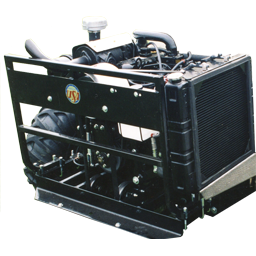 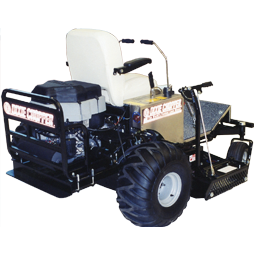 Dixie Chopper introduces the Xtreme Mow-chine, the ultimate commercial mowing machine of the day. At 15 miles per hour actual cutting speed, the Xtreme was truly the World’s Fastest Lawn Mower. 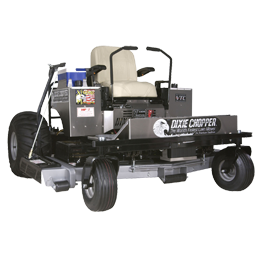 The world’s first true propane powered lawn mower is introduced, again placing Dixie Chopper ahead of the pack in innovation. 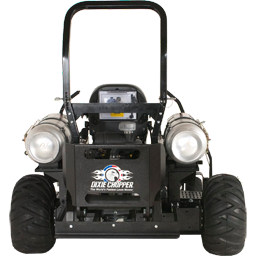 The CNG Eco-Eagle again places Dixie Chopper at the forefront of technology and innovation with the most environmentally friendly combustion engine lawn mower ever built. 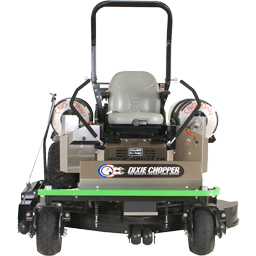 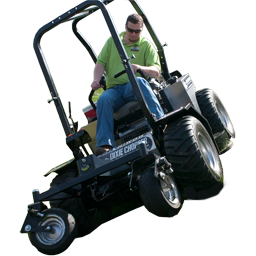 Dixie Chopper joins the Jacobsen/Textron family of quality turf products. What Should Be Next for the Dixie Chopper Brand? 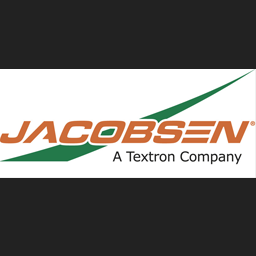 How Dixie Chopper Earned the Most Improved Award