By Tim Brannon posted on October 3, 2022 | Posted in Best Practices

Someone once said the only difference between any civic group, church or business was the location, names and faces, because people are all the same. We have found that to be true in the farm equipment business as well. We all have the same challenges and while the methods of facing them may vary, we all have been successful if we have been in business for a few years.

This keyboard puncher has been fortunate to have visited and talked to a plethora of dealerships across North America to verify this hypothesis. I admit most time has been spent in the South. Why did I delineate geographics, hmm? I guess it goes back to the war of Northern Aggression a few years ago. I say a few years because I had an old Ag teacher who sat at the feet of his great grandad who fought in the Civil War! I, at first, thought, no way — but do the math. If born in 1846, he would have been 18 and old enough to have served. Then if he lived to be 88 or older that would be 1934 and my teacher was born in 1924 so it adds up! Geez, I actually talked to a man who talked to his grandad who fought in the “War.” (after poking the ! key it just dawned on me; I am old — so add another !)

We also had a Civil War hero in our family, General Drywall P. Brannon. He was first cousin to Gen. Stonewall Jackson, only he was in the sheetrock business. In the battle of Franklin, he had two horses and one Red Cross nurse shot out from under him… (stole that one from Lewis Grizzard but, as usual I digressed greatly just to tell an old joke).

What is the point, you ask? We who are 60+ years of age have seen more change in agriculture in our lifetime than has happened from when agriculture first began. The first agriculturalist in America was the native American who farmed by poking a hole in the soil, a

"Having looked back, we must continue learning one important thing, change is still happening and at an exponential rate. We often have to take a step outside the daily grind to see it..."

dded a seed or two and then covered it with a dead fish. The first no-till farmer. Most thought the fish was for fertilizer but actually was just an excuse to give to the squaw to keep going fishing (men are creative in the fishing area). Anyway, with the development of horse drawn iron equipment, then tractors and tillage, all agriculture was still slow and labor intensive — until the 60s — then the high horsepower diesel tractor race was on.

Genetics in crops were bred then modified to the triple stack hybrids + we have today. Harvesters went from class 1 to 10 with grain bin sizes that went from 50 to 450 bushels. Vegetable harvests have likewise benefitted. The American farmer went from feeding himself and maybe a few others to feeding himself and some say over 160 others today, while dropping in numbers to less than 2% of our population. (And we throw away over 25% of what we produce!)

Farm equipment dealers have also dropped to less than 6,500 in number; compared to about 20,000 car/truck dealers. This is change personified and demanded a change in tractor dealerships as well. Parts orders went from a phone call to a touch of a keyboard pad. Technicians have in some cases traded a toolbox large enough to live in, for a laptop and screwdrivers. Salesmen have gone from those who drove all day to those who wear out a smartphone a year. Bookkeepers who once spun a pencil sharpener, today are mouse slammers and yell 'stupid computer' dozens of times an hour. Customers, who used to have to be sold on the features of our products, are now educated shoppers who tell us about the features and ask us if we can “match this price.”I once heard the question, "How many equipment dealers does it take to change a light bulb?” The answer, “None, equipment dealers never change anything!” Boy was that wrong. You guys have kept up, although sometimes dragging your feet and screaming, to meet the needs of the changing agricultural market. 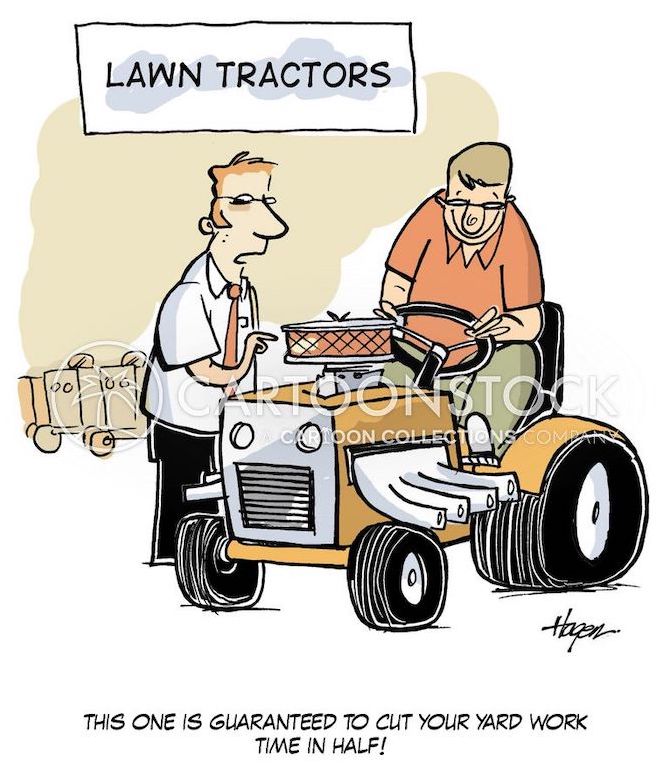 Rural lifestyle dealers have morphed into the current century as well. Some have moved from full line dealers to diversified retail outlets as the customer base in one's trade territory changed. Others have opened up dealerships to serve the new emerging rural markets. We remember when the first compact tractors arrived and sat unsold at first. Then sales took off at a rate no one could imagine that exists today. We didn't know what a 220'er was (two horses and twenty acres) or what these new demographics would demand.

Having looked back, we must continue learning one important thing, change is still happening and at an exponential rate. We often have to take a step outside the daily grind to see it. We must avoid the fads, decipher the keepers and adopt the necessary support that will make us profitable in the process. The best way to do that? View publications like this, see what others are doing, keep abreast of what is new, keep an eye open and an ear out to what the demand is in your area of responsibility, and always look for that market niche your business can fill. That is an almost impossible task, but you guys can do it — you are Equipment Dealers!

Til next time wishing you profits and prosperity.