The OPE/Powersports/Ag Dealer Group includes 10 dealers from Illinois, Indiana, Minnesota, Ohio and Wisconsin, many of whom have been with the group since its inception.

Dealer peer groups can offer tremendous benefits, but one group of dealers felt the existing groups weren’t quite the right fit for them. So, this mix of OPE, powersports and ag dealers, formed their own group 10 years ago, devising a meeting formula that fits their businesses.

The group’s genesis came from “what if” discussions between several dealers and consultant Dale Gaugert of Gaugert Agri-Business LLC. “After giving this some serious thought and doing some extensive research, I discovered this dealer group needed to be organized differently than the agricultural ‘20 groups’ were normally done. For example, travel distance needed to be limited to one overnight stay maximum and there was no need for professional leadership to establish the agendas and conduct the meeting,” Gaugert says. This group of dealers also didn’t want to share the detailed financial data required by other groups.

Gaugert hand-picked 7 dealers that he knew and respected, including Bill Brooks, president of Proven Power (Waukesha and Oconomowoc, Wis.), who had been in on the early discussions as well as Ambrose Seyller, president of Buck Bros. (Hampshire, Harvard, Wauconda and Libertyville, Ill.), and Greg German, president of German-Bliss Equipment (East Peoria and Princeville, Ill.). Brooks has been serving for several years as the group’s secretary, which means he solicits agenda topics before each meeting and helps facilitate the day’s discussions, taking notes to share afterward. 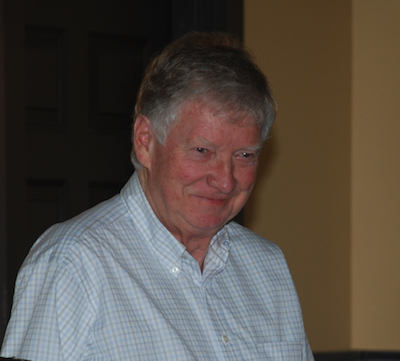 Consultant Dale Gaugert of Gaugert Agribusiness helped organize the peer group 10 years ago and continues meeting with its dealers.

The one-day meetings, which are held twice a year, begin with a tour of the host dealer’s facilities. The group fills out an evaluation of the dealership, rating its buildings and grounds; parts, service and sales departments; administration area; breakroom; and overall professionalism of the staff. The ratings and comments are shared with the group and then after lunch, discussions begin on the agenda topics. They try to invite a keynote speaker as well.

“I thought we might miss the professional leadership as opposed to our approach of dealers leading the group. That was what concerned me the most. But the group is getting along fine based on how we structured the meetings,” says Gaugert.

Greg German, president of German-Bliss Equipment, has participated in other dealer groups before joining this one and the setup works for him for a variety of reasons, including the mix with powersports dealers and the limited time spent on financials. 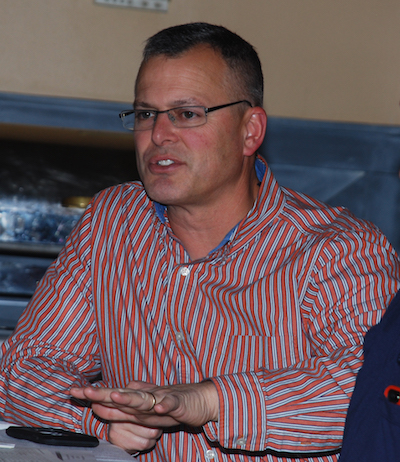 “Typically, power sports dealers are a few years ahead in terms of marketing, financing and packaging and I try to be on the front end of what’s new and profitable,” German says. The dealership carries Kubota tractors, Exmark, Gehl light construction equipment, Stihl, Honda power equipment, Land Pride, Bush Hog and other lines.

“The main thing that was difficult with the prior groups I belonged to was that we spent so much time on the ‘outliers’ regarding financial data. We all do our books differently and there is not just one right way as long as you do it consistently. In this group, we share concepts, but don’t get down to the decimal point. That’s been freeing. Plus, if you’re the guy in the room with the low number or the high number you may not want to share that,” German says.

German has made several significant changes at his dealership based on feedback and ideas from the other dealers, including a renovation of its East Peoria, Ill., facility. “We ultimately invested money for a facelift of the interior of the showroom and the parts area. Had the group not come in, we might not have done that,” he says.

The dealership also instituted a winter service program based on what others in the group have set up. “We had been providing loaner machines to our commercial cutter customers when one of their machines went down. However, it was an unwritten program that was greatly abused by us and our customers. It didn’t have the parameters defined,” German says.

Their new program includes a requirement that customers sign up for a winter service program, where they bring in their mowers for inspection and basic maintenance, with the cost of $199. The machines then receive a “Mow Pro” sticker before they are returned to the customer, signifying that they are now professionally ready to mow.

Ambrose Seyller, president of Buck Bros., a John Deere dealership, is another inaugural member of the group. He also appreciates the diverse ideas that are presented, especially during the tours. 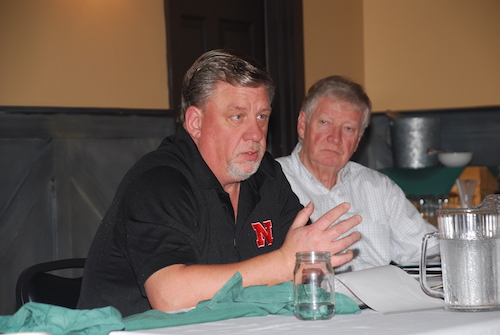 Ambrose Seyller is president of Buck Bros. of Hampshire, Ill.

“Sometimes, you know something needs to be changed, but it takes the process of being judged to make the changes,” Seyller says. For Buck Bros., that meant rethinking its outside display area.

“We removed a berm, fencing and some landscaping and expanded our parking lot and staging area. Before that, we just didn’t have the room we needed. We needed to be creative to get it done right,” Seyller says.

They’ve made improvements in the retail area, making sure to rotate displays regularly and have pricing visible. “We now have someone that is dedicated to the showroom and making sure we keep up on pricing,” Seyller says.

There have been a host of other changes as well, including instituting a weekly sales meeting, hosting a monthly birthday lunch to help morale and using the online service ZipRecruiter to post jobs. The program matches their job descriptions to resumes hosted on the site and sends emails to potential candidates. “You do get a lot of people that aren’t qualified, but we did find a truck driver from an ad we posted for a mechanic,” Seyller says.

They’ve also made management changes. “Being part of the group pushed us to do a deeper dive into our service profitability. We started looking at the numbers and figuring out when mechanics were working on non-revenue jobs. We have gone to the point of pulling time cards and showing the techs. It’s worked out positive for everyone because sometimes they don’t realize how fast nonproductive time adds up,” he says.

Starting Your Own Group

The OPE Dealer group plans to stay at about its current number of 10 members, which are currently from the states of Illinois, Indiana, Minnesota, Ohio and Wisconsin. The group does add non-competing dealers based on recommendations from members. The potential dealer has to be approved by the other members. Sometimes, new dealers are in close proximity to existing dealers, but offer a unique perspective that makes them valuable.

If you are interested in starting a similar group in your areas, here are some words of advice.

“First, get your plans well organized and grow slowly, being very selective in the dealers you choose. I feel we are at the size we need to be. We have good round table discussions and everybody gets involved,” says Gaugert.

German says, “You need to come into the group and be willing to share. In our group, we want progressive dealers. We want guys who are willing to make the necessary investments.”

Seyller says, “Make sure that everyone is sharing as a community. So many times at the manufacturer meetings you attend the sessions and then go back to your hotel room at 5 p.m. to check email. At our meetings, many of us now get together for dinner the day before. It’s the sharing and talking outside of the formal meetings that’s just as valuable.”