U.S. retail sales of farm tractors dropped by nearly 10% in September, compared to one year ago, according to numbers recently released by the Assn. of Equipment Manufacturers (AEM).

Sale of tractors over 100 horsepower saw the most significant drop at 24.6%, while those under 40 horsepower fell by approximately 9%. On a more positive note, 4WD tractor sales jumped about 25%, while sales of self-propelled combines rose by 6%.

Meanwhile, retail sales of farm tractors and combined in Canada remained relatively static when compared to those from September 2016. The lone exception to that was four-wheel drive tractor sales, which jumped 79.3% over last year.

See more details in this additional data from AEM: 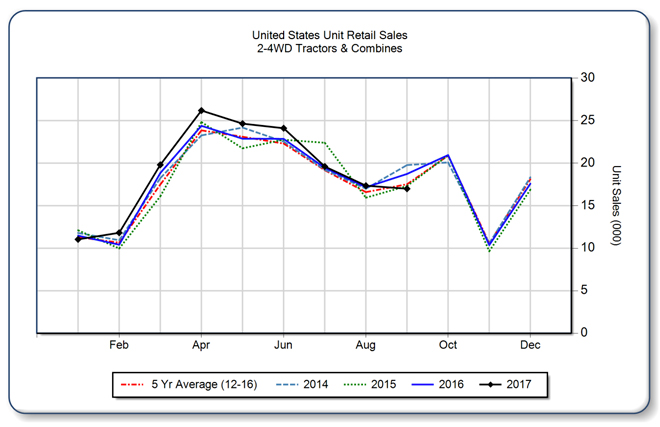