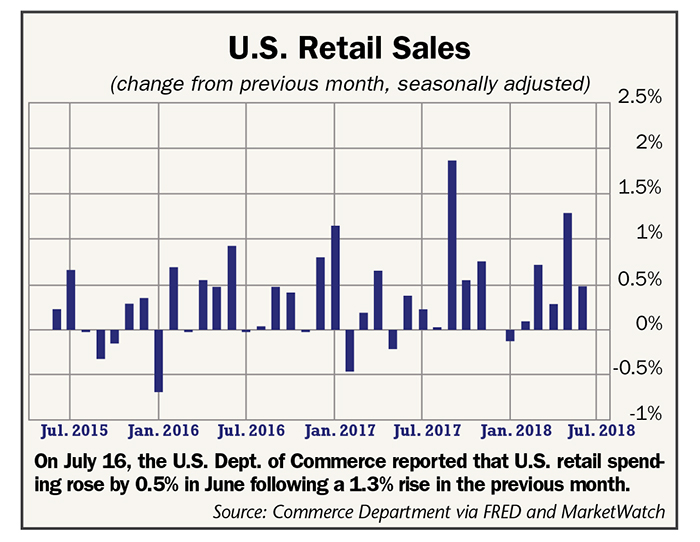 As overall U.S. retail sales continue to spiral upward, so do the fortunes of rural lifestyle equipment dealers. The ongoing strength in consumer and commercial markets is further borne out by the result of Seaport Global Securities’ most recent survey of North American landscape contractors. “Our latest quarterly survey revealed that the capex outlook for 2018 improved for the second consecutive quarter, in line with an improvement in revenue expectations,” says Michael Shlisky, SGS analyst.

On July 16, MarketWatch, a Dow Jones news service reported, “Sales at retailers such as auto dealers, restaurants and internet sites rose again in June after a mammoth gain in May, underscoring the strength of the U.S. economy as spring turned to summer. Sales at retailers nationwide grew 0.5% last month, the government said. That matched the MarketWatch forecast of economists.

“The increase last month followed an even bigger burst of spending in May, when sales grew a revised 1.3% instead of the previously reported 0.8%. Retail sales have increased 6.6% over the past 12 months, slightly above the long-range average since 1980.” 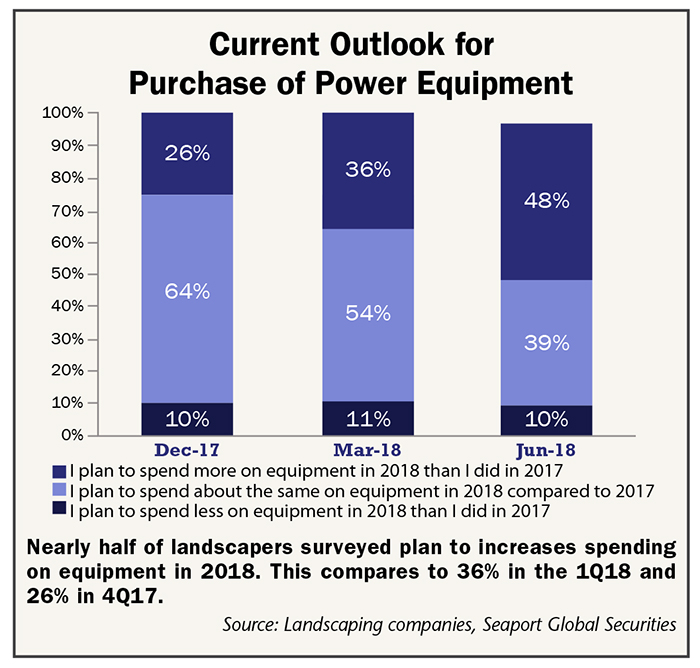 “We believe high employment rates may be helping drive landscapers’ business, with many people unavailable to self-perform yard work or making enough money to afford to outsource this task. Improved revenues are likely to lead to improved cashflow along with new equipment needs,” he says. 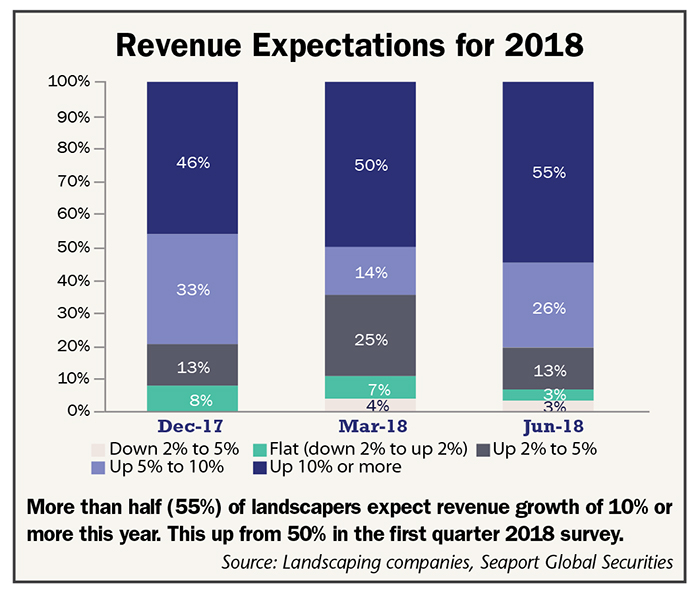 “Net/net, the improved revenue outlook mirrors that of the power equipment outlook, or perhaps underpins it,” says Shlisky. “Potential reasons for increased revenues range from high employment (meaning less time to do landscaping), to higher pricing for services, to increased economic prosperity leading to more outsourcing of mundane tasks.”

AEM: Sales of Under 40 HP Tractors Down in U.S., Canada Compared to Last Year

Construction Segment Sales Forecast to be Up in 2018