Michael Shlisky is a market analyst with Colliers Securities and covers the small ag equipment industry, including Alamo Group and Toro.

We sat down with Michael Shlisky, senior equity research analyst at Colliers Securities, to talk shop about the current state of the small ag equipment industry, what product innovations are on his radar for the next 5 years and his concerns regarding state and municipal budgets. Shlisky studies industry trends, crop prices and macroeconomic changes as an analyst to inform investors on where the small ag market is moving. 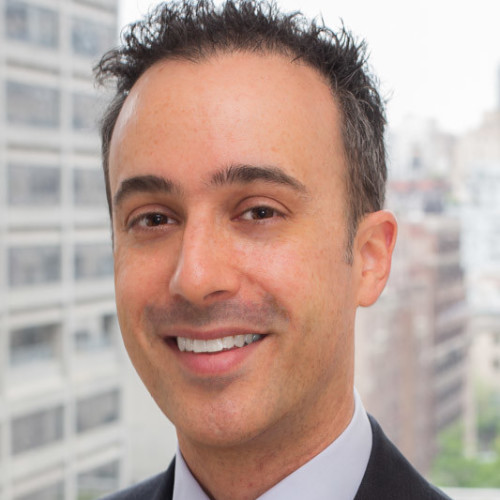 Rural Lifestyle Dealer: What are the key factors that you think are driving buying habits in the small ag equipment and rural lifestyle market right now?

Shlisky: I would say there are probably two main factors. I think one is replacement activity. It’s been really important recently, because there have been some challenges in ag for the last 5 years or so, people have had to make do with their older stuff. And it’s worked fine, but their outlook and what they might make this year will be a little bit higher than previous years. People are finally going back and saying, “I can finally replace that attachment or that small machine.”

Then secondly, when possible, people do want to see some technological advancement, whether that is a better way to track their machine, track their assets or check how they're performing. I think people are looking to get some improvement in their technology.

Shlisky: Again, after 5 or 6 difficult years, this could be a double-digit year of growth for the small ag market, not too different from the large ag market. When you buy a tractor that might cost a few hundred thousand dollars, very often you’ll throw in an extra tillage implement or smaller items. Just because you’re in the dealership at that time and figure, “I'll throw it in.” So, it’s not going to be that much different than the growth you might see on the larger ag side.

Over the next 5 years, as I've been saying over the last 5 years, it’s still going to come down to whether or not the crop prices can stay elevated. Corn being above $4, even a little higher than that, is a very important benchmark. There is an outside chance that this might be a 1- or 2-year phenomenon and not a 5-year phenomenon, but I would say so far so good.

RLD: What’s the key product innovation that you see coming to the small ag arena in the next 10 years?

Shlisky: There’s actually two innovations that I would actually say are the most intriguing right now, and they’re related. One is electrification of small tractors. I don’t think there’s enough battery power to get the large tractors electrified just yet. CNH Industrial just invested in a company called Monarch tractor. And there are actually one or two other electrified tractor companies as well, all claiming to be the first one out there. They’re all manufacturers of vineyard or orchard size tractors.

The other thing is autonomy. For example, just this week, Toro announced the purchase of a robotic commercial turfcare company. So they can go out and mow a lot of acreage without a human pushing or riding.

That is one way you can save on the cost of labor in a tight labor market. A great way to not have that problem anymore is to make things automated.

RLD: What do you think has been the most innovative or influential equipment innovation in the last 10 years in the small ag space?

Shlisky: I would just say the advancements in battery power and autonomy. Whatever has happened the last few years is going to be very small compared to what we’re about to see in those two areas.

You're also seeing a lot more asset tagging and tracking of where assets are and how they're doing. Big data has been really important for large ag, but it has not skipped small ag.

RLD: What keeps you up at night? What do you wake up at 3 a.m. and think about that drives you crazy?

Shlisky: Well, besides my toddler, probably the state of government and municipal budgets. A lot of the companies in the rural lifestyle world that make equipment sell quite a bit to governments. They are a big piece of those companies’ sales.

What concerns me is that, given the pandemic, you’ve got lower sales tax receipts, lower property taxes, because people are moving out of their homes and things like that.

I think the government funding situation is something to be a little bit concerned about. The good news is what we’ve heard so far. After talking the last couple of weeks or so with some companies, it seems that government budgets are challenged, but luckily, they’re not as challenged as I think they initially thought.

The other thing I would also mention is the price of steel and the price of other metals and raw materials. That's also been going up. These various manufacturers have to raise prices to pass along their own higher costs. And so sometimes that does make it tougher for the dealers to get the best pricing for their customers.

The 5 Questions With... series is brought to you by Altoz.

More from this series

Altoz makes the world’s most complete line of zero-turn mowers: American-made tracked and wheeled mowers that differentiate your dealership, drive sales and make you more profitable. Altoz tracked technology is changing the industry and we’re looking for dealers interested in untapped growth opportunities. Contact us at BecomeAnAltozDealer.com for more information.