Proven Power Inc., a Wisconsin-based John Deere dealership, is trying new ways to find employees, including seeking out veterans for their technical expertise as well as those from outside the industry who have a strong customer service background.

Many dealers say that finding good employees is the issue they are most concerned about and Proven Power Inc. has found another stumbling block along the way — getting people to show up for interviews.

“One of the major ways we post jobs is on Indeed.com and we’ve have had some good luck there. However, one of the common themes we’ve seen among those applicants is that they may be applying for the sake of applying as opposed to being serious about the position. We’re only averaging maybe 1 out of 3 showing up for interviews,” says Andy Flint, service manager for the dealership’s Oconomowoc, Wis., location.

Proven Power is celebrating its 20th year in business and can have up to 55 employees at peak season. “We’re a small business with big business problems, with staffing one of the huge ones,” Flint says. Wisconsin’s unemployment rate is near 3%, which is lower than the national unemployment rate of 4.1%.

Reaching Out to Veterans

One successful recruiting strategy involves working with the area Veterans Administration (VA) office. Flint met one of the coordinators from the VA at church and the two started a discussion about veterans who were looking for work and Proven Power’s needs. Proven Power began regularly sharing job leads and the VA office keeps watch for potential matches.

The dealership now employs three veterans. One is a Vietnam-era veteran who works part-time and helps with setting up equipment. The other two work in the service department and all three have been with the dealership for about 3 years.

Flint says that veterans have learned many of the technical skills needed to work in a dealership, along with a good work ethic and respect for authority.

“If you tell them you need something to get done, it gets done. In the military, they were trained to follow orders. They don’t ask why, they just get the work done,” Flint says.

He says service members are trained to keep busy during down times, so their veteran employees seek out additional work when they finish a task. Their employees are also helping fill positions by telling other service members who have recently separated or retired from the military. 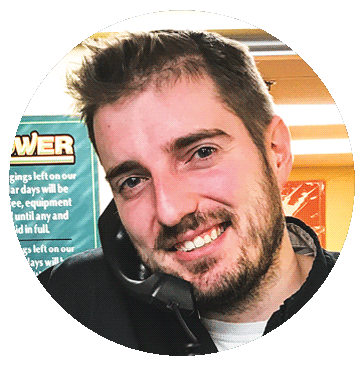 Proven Power now watches for veteran applications on Indeed.com. “We feel it’s really important for us to do our duty for those who have served,” Flint says.

Looking Outside the Industry

“There was an open service writer position and I jumped at the opportunity. I’ve always tinkered on the side and I just fell in love with mechanics. I enjoy those situations where it is difficult to diagnose what’s wrong and where others can’t figure it out. We’re going to figure it out and help the customer. Working in the dealership is way different than cooking, but at the end of the day, it’s all about taking care of the customer,” Flint says. He was promoted to service manager 6 years ago.

Two other employees, including Flint’s brother, Aaron, are other examples of this practice of hiring outside the industry paying off for Proven Power.

“You are not going to find somebody who has been in the industry for 15 years because they are typically happy where they are. They are probably being paid well because they have been an employee that long. We need to find ‘greenhorns’ and put time and money into them, but the glory is that they are trained the way we want them trained,” he says.

Flint keeps this practice in mind as he’s posting jobs on Indeed.com and other sites. He might add words like “advisor” to the service writer job description, for example. They post a compensation range and realize they are going to need to pay higher wages to get the types of applicants they want. Their general rule is to keep their technician wage atone-third of their labor rate.

Advertising on Facebook has also been effective and the format allows them to customize the description more easily. The ads also tend to reach a broader audience than job sites where their posts show up based on how the job seeker searches the site. And, they’re always on the lookout when they’re doing business at other stores, such as automotive parts stores or even restaurants.

Flint says young people may not be seeking careers at a dealership, but perceptions might be changing.

“Kids are graduating from college and realizing there may not be any jobs in the industry they have a degree in and they might only be earning $12 or $14 an hour. If we can find them young enough, we can train them and they can make good money and not have student loan debt,” he says.